Alex Rosen » Blog Archive » The power of sponge learning or: why I read Hacker News even though I understand very little of it - Aurora. Posted: May 7th, 2011 | Author: Alex | Filed under: learning | 64 Comments » 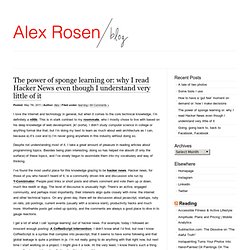 Microsoft Pays University $250,000 To Adopt Office 365. Microsoft has offered to give the University of Nebraska $250,000 dollars to make the switch from IBM Lotus Notes to a much more feature-rich Office 365, which offers newer technology, greater flexibility, and operational savings. 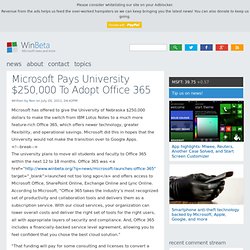 Microsoft did this in hopes that the University would not make the transition over to Google Apps. <! --break--> The university plans to move all students and faculty to Office 365 within the next 12 to 18 months. Office 365 was <a href=" target="_blank">launched not too long ago</a> and offers access to Microsoft Office, SharePoint Online, Exchange Online and Lync Online. According to Microsoft, "Office 365 takes the industry's most recognized set of productivity and collaboration tools and delivers them as a subscription service.

So was the Twitter Town Hall better than a regular one? — Tech News and Analysis (Build 20110615151330) The Obama administration, which has already had a live YouTube Q&A session and a Facebook “town hall,” upped the ante with a Twitter version on Wednesday, an hour-long session hosted by Twitter co-founder and chairman Jack Dorsey and held at the White House. 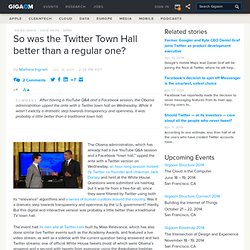 Questions were submitted via hashtag, but it was far from a free-for-all, since they were filtered by Twitter using both its “relevance” algorithms and a series of human curators around the country. Why Mark Zuckerberg’s First Public Response To Google+ Is The Right One (Build 20110615151330) Editor’s note: This guest post is written by Tom Anderson, the former President, founder and first friend on MySpace. 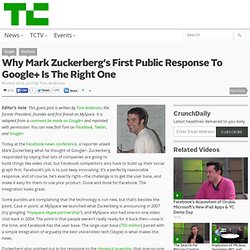 It is adapted from a comment he made on Google+ and reprinted with permission. You can now find Tom on Facebook, Twitter, and Google+ Today at the Facebook news conference, a reporter asked Mark Zuckerberg what he thought of Google+. The Post-PC era will be a multi-platform era. Windows Phone Marketplace has reached 25,000 apps. 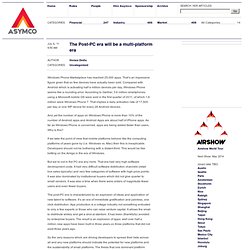 That’s an impressive figure given that so few devices have actually been sold. Compared with Android which is activating half a million devices per day, Windows Phone seems like a rounding error. According to Gartner, 3.6 million smartphones using a Microsoft mobile OS were sold in the first quarter of 2011, of which 1.6 million were Windows Phone 7. That implies a daily activation rate of 17,500 per day or one WP device for every 28 Android devices. And yet the number of apps on Windows Phone is more than 10% of the number of Android apps and Android Apps are about half of iPhone apps. Apple device security flaws revealed by German watchdog. The software running Apple's iPhones, iPads and the iPod Touch has "critical weaknesses" that could be used by criminals to gain access to confidential data on the devices, Germany's IT security agency has warned. 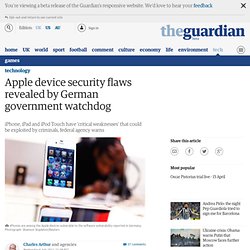 Call Your Friends Right From Facebook. Do Consumers Really Want Video Calling? Once a communication device for futuristic Sci Fi, now it seems as though video calling is ubiquitous. 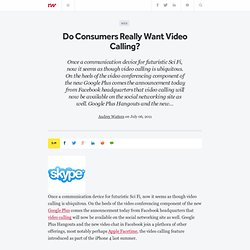 On the heels of the video conferencing component of the new Google Plus comes the announcement today from Facebook headquarters that video calling will now be available on the social networking site as well. Facebook Video Chat v. Google Hangouts: It’s No Contest. One of the questions I had when I broke the news last week about the Facebook/Skype partnership: Would group video chat be part of the product, and if so would it be free? 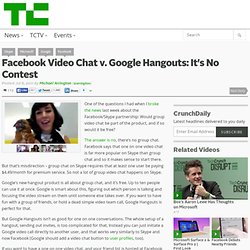 The answer is no, there’s no group chat. Facebook says that one on one video chat is far more popular on Skype than group chat and so it makes sense to start there. Computational science: ...Error. Camera+: An Apps to Riches Story (Build 20110615151330) How Lisa Bettany went from struggling photographer to app evangelist. 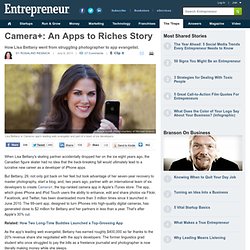 Lisa Bettany is Camera+ app's leading web evangelist and part of a team of six developers. When Lisa Bettany's skating partner accidentally dropped her on the ice eight years ago, the Canadian figure skater had no idea that the back-breaking fall would ultimately lead to a lucrative new career as a developer of iPhone apps. But Bettany, 29, not only got back on her feet but took advantage of her seven-year recovery to master photography, start a blog, and, two years ago, partner with an international team of six developers to create Camera+, the top-ranked camera app in Apple's iTunes store.

The app, which gives iPhone and iPod Touch users the ability to enhance, edit and share photos via Flickr, Facebook, and Twitter, has been downloaded more than 3 million times since it launched in June 2010. Who owns your social graph — you or Facebook? Facebook’s control over the information in your social graph is in the news again. 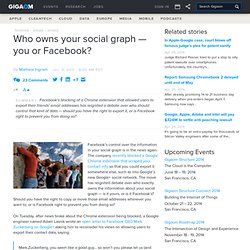