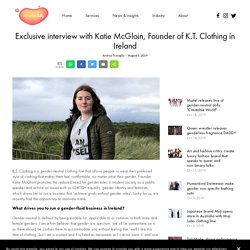 Clothing is a gender-neutral clothing line that allows people to wear their preferred style of clothing that makes them feel comfortable, no matter what their gender. Founder Katie McGloin promotes the reduced need for gender roles in modern society as a public speaker and activist on issues such as LGBTQ+ equality, gender identity and feminism, which drives her to run a business that ‘achieve goals without gender roles’.

Lucky for us, we recently had the opportunity to interview Katie. What drives you to run a gender-fluid business in Ireland? Gender-neutral is defined by being suitable for, applicable to or common to both male and female genders. Our attitudes to clothing are so important. I believe that the clothes we are wearing are just clothes. What kind of framework have you developed or adopted to help build a purpose-driven organisation? The Big Business of Pride Fashion. Why Women’s Streetwear Will Be Big Business. NEW YORK, United States — Long before it was a global industry, streetwear was a subculture, and the women in it composed their stylistic signatures from a blend of thrift, workwear, military, skate and sportswear with dashes of reggae, punk and hip-hop. 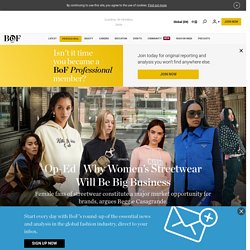 I was part of this scene in the 1990s, and for me, that sartorial mix meant Dickies, a Canal Jeans M65 jacket, a Fuct T-shirt, deadstock Adidas Gazelles, a silver letter belt from the Slauson swapmeet in Los Angeles, a Kangol bucket hat and some gold “door knocker” earrings. Early female trailblazers like Neneh Cherry, Chloë Sevigny, Aaliyah, Rosie Perez and Luscious Jackson rocked streetwear before anyone called it that. Women in Streetwear: The Unsung Heroes Working Behind Top Brands. Style director at Stadium Goods/hip-hop journalist Most may know Minya Oh as Miss Info, rap journalist and radio personality. 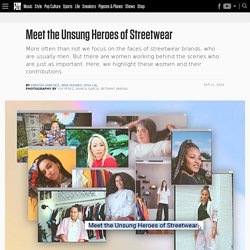 For over two decades, she helped reshape hip-hop journalism. There were the meticulously researched investigative reports, like her piece on The Tunnel for Vibe; the iconic album reviews (she famously awarded Nas’ Illmatic five mics for The Source); the scoops only she could’ve gotten (in 2007, Jim Jones told Oh that the Diplomats were putting Cam’ron “on punishment,” which was the first time anyone publicly acknowledged tension within the group); and missinfo.tv, which was at the center of the rap blog universe. 8 Streetwear Brands Owned By Women That Are About To Take All Your Money. It's no secret that the streetwear market is saturated with brands made for and by men. 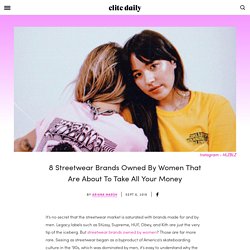 Legacy labels such as Stüssy, Supreme, HUF, Obey, and Kith are just the very tip of the iceberg. But streetwear brands owned by women? X-Girl Is The Cult 1990s Streetwear Brand (Still) Celebrating Multidisciplinary Women - 10 Magazine10 Magazine. Thanks to nonprofit organisations like Skate Like a Girl and Crystal Moselle’s breakthrough film Skate Kitchen (2018) skate culture doesn’t feel like much of a boys club anymore. 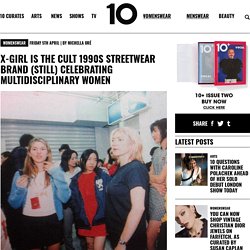 The liberation that comes from skating, as well as the accompanying street style have appealed to girls for years. With brands like X-Girl they were able to find clothes that matched their taste without compromise. Launched in 1994 by Daisy von Furth and Kim Gordon of Sonic Youth, the brand served baby tees and hip slung jeans for the multidisciplinary women who ran the 1990s with style and a certain je ne sais quoi. Imagined as a sister-brand to Los-Angeles streetwear pioneer X-Large, it drew inspiration equally from music and art, reflecting Gordon’s own fine arts background and career as a musician.

Everything You Should Know About Ader Error. MISBHV Is Putting Warsaw on the Fashion World's Map. Read why Kendall Jenner and Rihanna can't get enough. 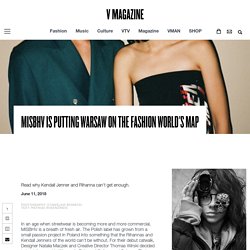 In an age when streetwear is becoming more and more commercial, MISBHV is a breath of fresh air. The Polish label has grown from a small passion project in Poland into something that the Rihannas and Kendall Jenners of the world can’t be without. For their debut catwalk, Designer Natalia Maczek and Creative Director Thomas Wirski decided to host the event in Warsaw’s Palace of Culture and Science. Their decision to show in Poland speaks to the brand itself, which prides itself on the country’s unique aesthetics and history. To pay tribute to said history, the show opened with a performance put together by Movement Director Pat Boguslawski, which merged elements of the past with the present through techno beats and traditional Polish folk dancing. Themes throughout the collection included headscarves and shawls embellished with modern-feeling prints, draping dramatically off of the models’ scalps.

MISBHV Is Putting Warsaw on the Fashion World's Map. Princess Nokia interviews MadeMe’s Erin Magee on streetwear for girls. Rihanna wore a cropped tank top with the word “Slutz” emblazoned across it in July 2013 in Manchester. 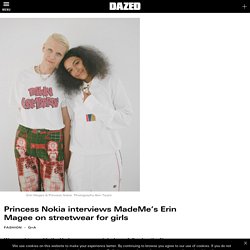 She became the subject of intense scrutiny in the press. Tabloid reporters fell over themselves trying to decide if she had gone “too far” or if the statement was too “vulgar”.