German Apple Strudel Recipe. S'mores Pie. Even food bloggers have little kitchen disasters. :) Recently on a day off, I decided to make a recipe I have been wanting to try forever — s’mores pie. 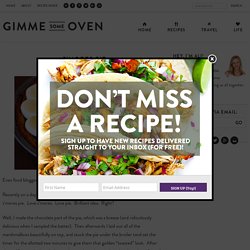 Love s’mores. Love pie. Brilliant idea. Right? Well, I made the chocolate part of the pie, which was a breeze (and ridiculously delicious when I sampled the batter). How to Make Flaky Pie Crust the Traditional Way. [Photographs: Vicky Wasik. 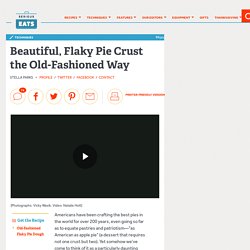 Video: Natalie Holt] Americans have been crafting the best pies in the world for over 200 years, even going so far as to equate pastries and patriotism—"as American as apple pie" (a dessert that requires not one crust but two). Yet somehow we've come to think of it as a particularly daunting task, as if 19th-century grandmas weren't cranking out wonderfully flaky pies without electricity, air conditioning, or even convenient sticks of butter.

Cherry Hand Pies. Old-Fashioned Flaky Pie Dough Recipe. How to Make the Ultimate Cherry Pie. [Photographs: Vicky Wasik] With all due respect to my once-smoldering passion for Fox Mulder, following a Twin Peaks marathon a few years back, Dale Cooper shot to the top of my most-wanted list.

Divided dough in half, made 4 6x4 pieces each half, folded to 3x4. 2 tbsp filling per each. Used baby fork to crimp,sparkling sugar. Suggest refrigerating for 10 minutes or so before slashing and baking. Open slash hole with knife. For filling, used 15 oz cherries, about right. 5.5% tapioca starch and 25% sugar – fauxtudor

Sure, both FBI investigators are earnest, intuitive, and wickedly handsome in a two-piece suit, but Agent Cooper is clearly a man after my own heart. 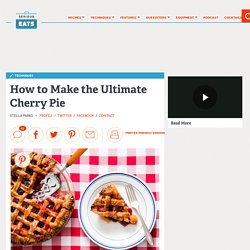 The kind of guy to introduce himself at the local mom 'n pop and settle down for a thick slice of cherry pie. Forget the Black Lodge; the real mystery of Twin Peaks was how the hell everyone made such consistently killer cherry pie. The Best Cherry Pie (With Fresh or Frozen Fruit) Recipe. Apple Walnut Gorgonzola Turnovers Recipe. If using prepared frozen puff pastry sheets, they need to be defrosted in the refrigerator at least 3 hours before using. 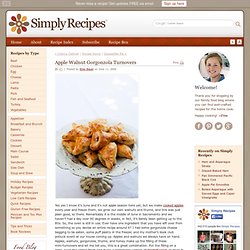 Method 1 Place chopped apples in a bowl, microwave on high heat for 5 minutes until apples are cooked through. Double-Ginger Pumpkin Tart. User reviews made it? 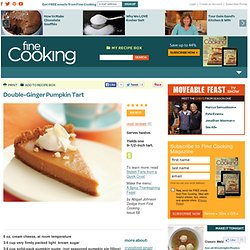 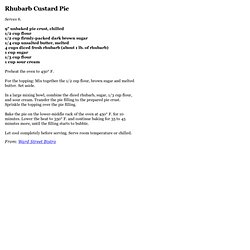 For the topping: Mix together the 1/2 cup flour, brown sugar and melted butter. Ann Landers' Pecan Pie - The Recipe Dude. "Key" Lime Pie. If you can find good, fresh Key limes, by all means use them. 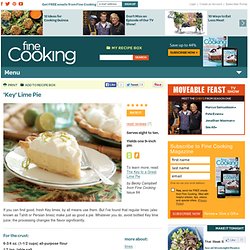 But I've found that regular limes (also known as Tahiti or Persian limes) make just as good a pie. Whatever you do, avoid bottled Key lime juice; the processing changes the flavor significantly. Make the crust: Put the flour and salt in a food processor; pulse to combine. Add the butter cubes and pulse until they’re the size of extra-large peas (about 10 quick pulses). On a lightly floured work surface, roll the dough into a round that’s 1/8 inch thick and 12 to 13 inches in diameter. Classic Lattice-Top Blueberry Pie. Make the dough: Put the flour, sugar, and salt in a food processor and pulse briefly to combine. 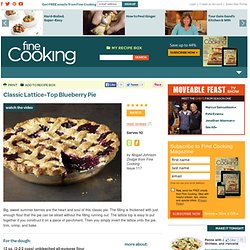 Add the butter and shortening and pulse until the pieces are slightly larger than pea-size, 10 to 12 pulses. Drizzle the water and lemon juice evenly over the flour mixture. Pulse until the dough forms moist crumbs that just begin to clump together, 8 or 9 more pulses. Dump the moist crumbs onto two large overlapping pieces of plastic wrap and gather into a pile. Puff Pastry Recipe. Straight-Up Rhubarb Pie Recipe - NYT Cooking. You must use this trick to Prevent a Soggy Bottom Pie Crust. This is what you can do to prevent a soggy bottom pie crust. 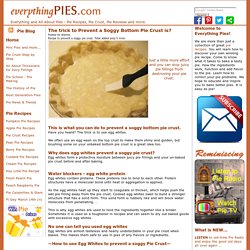 Have you heard? The trick is to use egg whites. Puff Pastry Recipe & Video. A French Cherry Tart for July 4th! Apple Roses with Vanilla Caramel Cream Sauce. With Mother’s Day around the corner, I wanted to come up with something extra special. 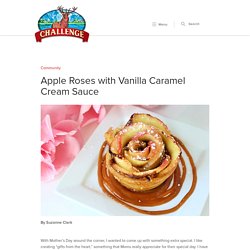 I like creating “gifts from the heart,” something that Moms really appreciate for their special day. Apple Walnut Gorgonzola Rustic Tart Recipe. Method 1 Toss the walnuts, gorgonzola, thyme, chopped apples, and maple syrup together in a medium size bowl. As you are working with the apples (chopping them, mixing them in with the other ingredients), if you want, you can squeeze a little lemon juice on them to help keep them from discoloring. Cover the mixture with plastic wrap while you prepare the crust. French Apple Turnovers. Position a rack in the center of the oven and heat the oven to 425°F. Melt the butter in a 12-inch skillet over medium heat. Add the apple slices and cook, stirring often, until softened, about 4 minutes.