AJ+ sur Twitter : "This guy wants to clean the world's oceans:... Unfolding the mysteries of DNA origami. Experiments performed by a University of York physicist have provided new insights into how DNA assembles into nanostructures, paving the way for more precise use in technology and medicine. 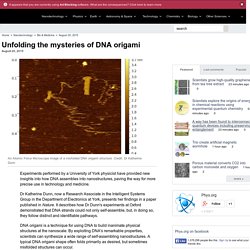 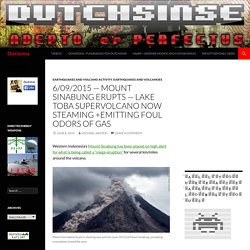 Video reports coming out from the region show ash, steam, and eruptive blasts currently occurring. In addition to the large eruption at Mount Sinabung, we now have other reports that the nearby Toba supervolcano is showing large emissions of steam (from the ground), as well as foul smelling gas. According to reports from Indonesian press, locals are alarmed by these recent developments. Strange Creature - Taiwan. Obama administration approves Shell drilling in Arctic Ocean. The approval is a major victory for Shell and the petroleum industry, which has sought for years to drill in the remote waters of the Beaufort and Chukchi seas. 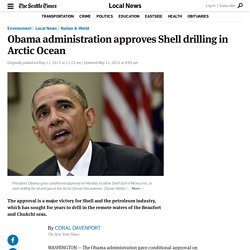 WASHINGTON — The Obama administration gave conditional approval on Monday to allow Shell Gulf of Mexico Inc. to start drilling for oil and gas in the Arctic Ocean this summer. Scientists find huge magma reservoir in Yellowstone 'supervolcano' Scientists and tourists have always known that Yellowstone National Park featured lively geologic wonders – regular small earthquakes and two-thirds of the world’s geysers, including Old Faithful – all constituting what’s known as a “supervolcano.” 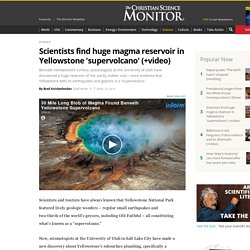 Now, seismologists at the University of Utah in Salt Lake City have made a new discovery about Yellowstone’s subsurface plumbing, specifically a reservoir of hot, partly molten rock more than four times larger than the shallower magma chamber that scientists already knew about. To give that some perspective, the newly discovered reservoir would fill the Grand Canyon 11 times, compared with 2.5 times for the shallower chamber. Chameleon - impressive creation - Fine Art Bodypainting by Johannes Stötter. 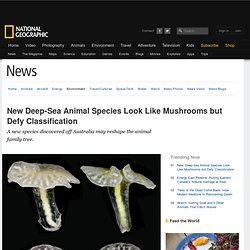 The organisms are so unique that they may rearrange the earliest branches of the animal family tree. The animals, described for the first time Wednesday in the scientific journal PLOS ONE, cannot be classified to any existing animal group, though they resemble a few long-extinct species. "It's a very interesting surprise, and it poses lots and lots of questions," says Simon Conway Morris, a biologist at the U.K.'s University of Cambridge who studies early animal evolution. Tunnels as tall as the Eiffel Tower discovered under Antarctic ice sheets. British scientists discovered the 820-foot tunnels in West AntarcticaThey were detected on airborne radar imaging and satellite photosSuggest that water flows in concentrated 'rivers' beneath ice sheetsThe information will be used to predict how the ice will melt By Stephanie Linning for MailOnline Published: 17:04 GMT, 24 August 2014 | Updated: 17:30 GMT, 24 August 2014. 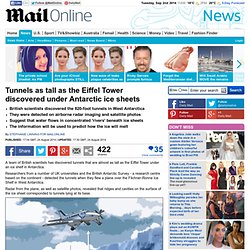 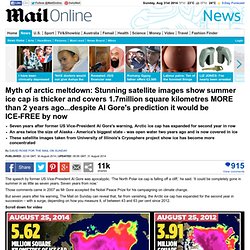 Deep-sea octopus invests in future: Longest brooding period ever recorded. Octomom Brooded Her Eggs for Record-Breaking Four-and-a-Half Years. This amazing pale purple Octomom off the coast of California brooded her clutch of eggs for four and half a years. 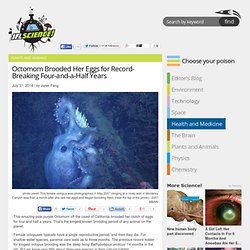 That’s the longest known brooding period of any animal on the planet. Female octopuses typically have a single reproductive period, and then they die. For shallow-water species, parental care lasts up to three months. The previous record holder for longest octopus brooding was the deep-living Bathypolypus arcticus: 14 months in the lab. But we know very little about deep-sea species in their natural habitat.

‘Lost’ Amazon Indians make first contact with outside world. A GROUP OF people living in the Amazon rainforest who had no previous interaction with the outside world have emerged for the first time. 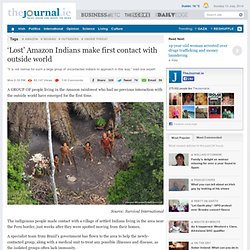 Source: Survival International The indigenous people made contact with a village of settled Indians living in the area near the Peru border, just weeks after they were spotted moving from their homes. A specialist team from Brazil’s government has flown to the area to help the newly-contacted group, along with a medical unit to treat any possible illnesses and disease, as the isolated groups often lack immunity. Peru's Sacred Glacier Is Melting. Faaz71. Leopard on the loose in Indian city of Meerut sparks terror. A leopard was discovered prowling the streets of Meerut, near DelhiThe animal evaded capture and authorities closed schools and collegesThe efforts of officials to capture it were hampered by crowds of onlookers By Ted Thornhill Published: 14:41 GMT, 24 February 2014 | Updated: 20:58 GMT, 24 February 2014 A leopard sparked panic in a north Indian city when it strayed inside a hospital, a cinema and an apartment block while evading captors and injured at least two people. 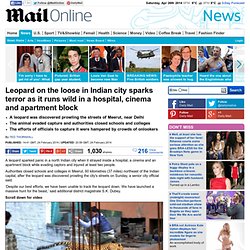 Authorities closed schools and colleges in Meerut, 60 kilometres (37 miles) northeast of the Indian capital, after the leopard was discovered prowling the city's streets on Sunday, a senior city official said. Mount Hood study suggests dormant volcanoes quickly become active. Mount Tambora and the Year Without a Summer. The summer of 1816 was not like any summer people could remember. Snow fell in New England. Gloomy, cold rains fell throughout Europe. It was cold and stormy and dark - not at all like typical summer weather. Consequently, 1816 became known in Europe and North America as “The Year Without a Summer.” GOERLITZ, Germany: Fear of wolves is roiling Germany once again.

GOERLITZ, Germany — German police reached the accident to find what news stories would describe as a scene from a horror show: Seven horses, huddled on a small, dark, highway, had been ripped to pieces by two speeding cars. Bedrock influences forests more than previously believed. (Phys.org) —Bedrock influences forests and landscape evolution much more than was previously thought, according to a study by University of Wyoming scientists published this week in the Proceedings of the National Academy of Sciences (PNAS). When investigating factors that influence forest cover in California's Sierra Nevada, the UW researchers determined that bedrock may be just as important as temperature and moisture in regulating the distribution of vegetation across mountain slopes.

Jesse Hahm, who recently received a master's degree from the UW Department of Geology and Geophysics, is the lead author of the study, "Bedrock composition regulates mountain ecosystems and landscape evolution. " Other contributors are Assistant Professor Cliff Riebe, doctoral candidate Claire Lukens and research scientist Sayaka Araki, all from UW.