Beach Suite - Alphonse Island - Seychelles. THE SELF-TITLED INTERVIEW: Killer Mike’s Guide to Atlanta. Words by Christina Lee While Killer Mike may have won a GRAMMY in 2002–for his appearance on OutKast’s “The Whole World” single–and achieved universal acclaim for his fifth album (the recently released R.A.P. 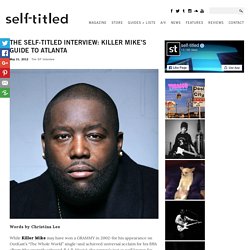 Music), the rapper’s just as well known for his contributions to the greater Atlanta community back home. Over the past year, local news outlets have covered his Jackson church speech on behalf of Troy Davis, spotted him with Occupy Atlanta protesters at Woodruff Park, and plugged a discussion about how to connect with community leaders. Killer Mike grew up in Collier Heights, one of the first modern black neighborhoods added to the National Register of Historic Places. R.A.P. In the following exclusive, self-titled devotes an entire Killer Mike interview to discusses his beloved city, which he hits with El-P, Mr. What would be the biggest piece of advice you would give to someone navigating the city? The VICE Guide to Atlanta. Atlanta is often an unapologetic caricature of itself, fully embracing an identity as both an internationally revered hip-hop mecca and a regional safe haven for Confederate flag-phobic, civilized folks. 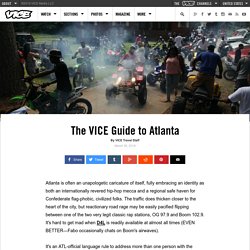 The traffic does thicken closer to the heart of the city, but reactionary road rage may be easily pacified flipping between one of the two very legit classic rap stations, OG 97.9 and Boom 102.9. It's hard to get mad when D4L is readily available at almost all times (EVEN BETTER—Fabo occasionally chats on Boom's airwaves). It's an ATL-official language rule to address more than one person with the gender-neutral "y'all. " There's enormous ethnic diversity, which makes for interesting neighbors as well as a stacked bill of highly dope, authentic non-American cuisine. Your Guide to New Orleans — For Bartenders, By Bartenders.

Editor's note: This guide has evolved over the years, but its original purpose — to steer visiting bartenders toward the best bartender-approved food, drink and fun in the city — remains. 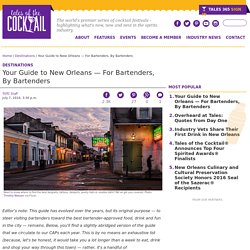 Below, you'll find a slightly abridged version of the guide that we circulate to our CAPs each year. This is by no means an exhaustive list (because, let's be honest, it would take you a lot longer than a week to eat, drink and shop your way through this town) — rather, it's a handful of recommendations frequently made to our visiting friends in the service industry. Serifos — a Greek retreat. A fantasy island in the Seychelles. Athens: By the Glass, Heteroclito, Oinoscent, Vintage Wine Bar &amp; Bistro - Drink. The Greeks know a thing or two about wine – as they should: they’ve been making it for the past 6,500 years. 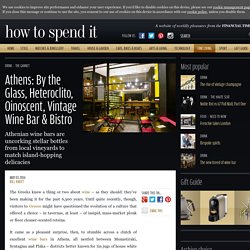 Until quite recently, though, visitors to Greece might have questioned the evolution of a culture that offered a choice – in tavernas, at least – of insipid, mass-market plonk or floor cleaner-scented retsina. It came as a pleasant surprise, then, to stumble across a clutch of excellent wine bars in Athens, all nestled between Monastiraki, Syntagma and Pláka – districts better known for tin jugs of house white than carefully stored and poured vintages.

Greece’s economic woes are well known, but the wine industry has – despite obstacles at every turn – bucked the trend. Best restaurants for Chinese New Year - Food. This Chinese New Year heralds the year of the fire monkey and London, as it does each year, will be painting the town red. 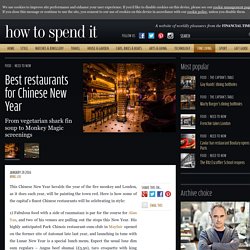 Here is how some of the capital’s finest Chinese restaurants will be celebrating in style: 1) Fabulous food with a side of razzmatazz is par for the course for Alan Yau, and two of his venues are pulling out the stops this New Year. His highly anticipated Park Chinois restaurant-cum-club in Mayfair opened on the former site of Automat late last year, and launching in tune with the Lunar New Year is a special lunch menu. Expect the usual luxe dim sum regulars – Angus beef shumai (£5.50), taro croquette with king crab, scallop and prawn (£9.50), venison puff (£6) – but also standout dishes from the restaurant’s dinner menu. 2) Until February 22, Hakkasan’s 11 global venues will celebrate with a gourmet bang. Jason Atherton’s London - Destinations. Most Saturdays my wife Irha and I are woken early by our kids – Keziah [10] and Jemimah [four]. 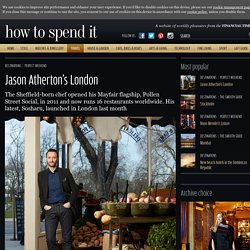 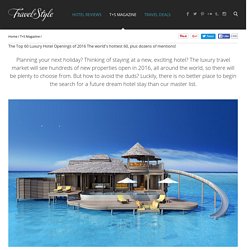 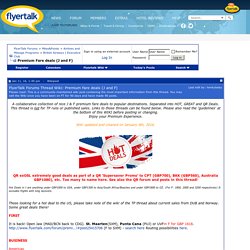 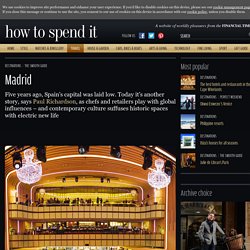 There were times when, to walk among the sleeping bags lining the corners of the Plaza Mayor, you’d have thought the city was headed for an Athens-style meltdown. But after those dismal few years, suddenly madrileños have a spate of much better news: Big Investment is back. Last year, greater Madrid was the inland Spanish region in which visitor numbers rose fastest; in fact, that 2014 figure of 10.2m tourists represents a historic record for the city.

For decades, the charm of Madrid was that of a place that felt unremittingly, and unrepentantly, Spanish. These days, cheap air travel and the massive presence of exiled young Spaniards in London, Berlin and New York conspire to bring global trends home to roost. The brightest new sparks on the city’s hotel scene also speak directly to this. But the city’s greatest cultural strength, contend many of its citizens, lies in its food and drink.

Philippine resorts - Destinations. Ask Charlie McCulloch, the maverick entrepreneur who found a deserted palm-fringed island in Linapacan in Palawan and turned it into a private paradise, what took him to the Philippines in the first place and he has a ready answer. 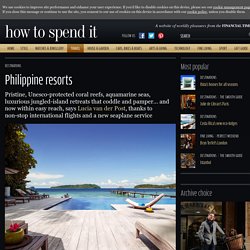 “I wanted a challenge,” he explains, “and the Philippines turned out to be just perfect. The Calamian Archipelago in Northern Palawan had everything I was looking for. Activity - Our activities. Otium in Italy, Tour of emotions. Tokyo Events, Activities & Things To Do. Tokyo Weekender » Japan's Premier English Magazine. Sassy Mama HK. Find What To Do: Tours, Cruises, Shows and more. Zerve. The Luxe Nomad - Travel The World In Style - Hotels and Villas. Jetlag and Mayhem » Tips on travelling with kids. Jetlag and Mayhem » Tips on travelling with kids. The independent travel guide for Southeast Asia. Travelfish.org.

Asia Holidays - tailor-made travel experiences - Selective Asia. Cape Weligama. Rubicon 3 - Adventure sailing expeditions to St Petersburg & the Arctic Circle via the Baltic, Scandinavia and Iceland. Best hotels in the Maldives. The world's best family hotels. The worldwide hotels every parent should know about: the best in Europe, in the city, for action stations and winter sun. Instapaper. America’s “Forgotten” Vacation Destinations. Americans just don’t vacation like they used to. Cross country road trips, picturesque mountain resorts, and far off seaside towns have been replaced by “staycations,” transcontinental cruises, and brief weekend jaunts to the city.

The glory days of Griswold-ian journeys, Borscht belt summers, and month long excursions across the midwest are now behind us, and in their wake many of America’s once mighty vacation destinations, such as the five spots below, have begun to fade off into obscurity. Silver Springs, Florida. – Before Disney World swooped in and stole all the spotlight, Silver Springs was North Florida’s preeminent tourist destination. Silver Springs’ Nature Theme Park featured all sorts of wildlife, gondola rides, carousels, and the park’s legendary “glass bottom boats.”

Unfortunately all this wasn’t enough to keep the park afloat and it closed as an attraction late last year. Comments: 14.

Miss Immy's London: Did You Know? Did you know there are five cash machines in London which offer English or Cockney for your transaction? It'll ask you to enter your Huckleberry Finn (PIN). Whether you would like your Sausage & Mash (cash) with a receipt. And if you'd like to see your Rattle & Tank (bank) balance on the Charlie Sheen (screen). Private Jet Charter. Adventure generator for spontaneous people. Jetlag and Mayhem » Tips on travelling with kids. SF and Fantasy Book Reviews.