In Case You Were Curious, Maps Were Absolutely Gorgeous In The 19th Century. Have you ever wondered how Ptolemy pictured the globe in the first century AD? 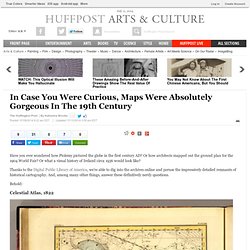 Paul McCartney Stages Fan’s Romantic Marrige Proposal to “When I’m 64″ This Is What Erotica Looked Like In The 19th Century (NSFW) When we think of 19th century artwork, a particular type of image hops to mind, often involving beards, Christian allusions, lots of sad people and a smoky palette. 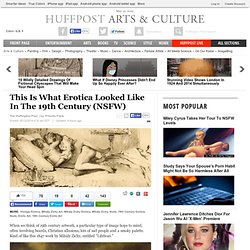 Kind of like this 1847 work by Mihály Zichy, entitled "Lifeboat. " But if you think all the 1800s had to offer in the ways of art was morose, elderly ship riders, think again. Behind all the religious symbolism and overly poofy collars, artists were depicting the more everyday aspects of life, even those that occurred behind closed doors.

'The Matrix' First Appeared 15 Years Ago Today - Transforming The Career Of Keanu Reeves. It was 15 years ago today that 'The Matrix' first embedded itself in our consciousness, imprinting its lasting impact on our sense of what's real, what might not be, and lending itself to many an occasion when we can say, "this feels like something out of the Matrix. 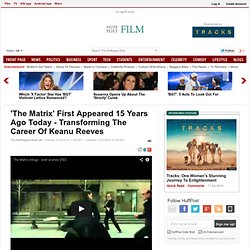 " Keanu Reeves' name was made as confused hacker turned revolutionary Neo. Ai Weiwei: To See Is To Believe. Hans-Ulrich Obrist is an art curator, critic and historian of art. 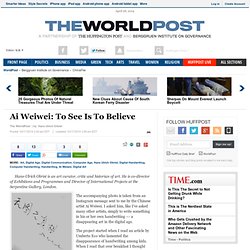 He is co-director of Exhibitions and Programmes and Director of International Projects at the Serpentine Gallery, London. The accompanying photo is taken from an Instagram message sent to me by the Chinese artist Ai Weiwei. I asked him, like I’ve asked many other artists, simply to write something in his or her own handwriting –- a disappearing art in the digital age. The project started when I read an article by Umberto Eco who lamented the disappearance of handwriting among kids. When I read that over breakfast I thought that is totally true, everything happens on a computer now.

But is it art, or pornography? Alastair Sooke investigates. It is one of the most salacious images in the history of art: deep underwater, a gigantic pink octopus drags a naked young woman into a cleft between two rocks. Liberace to Carmen Miranda: a pictorial history of camp. Liberace Susan Sontag, in her 1964 essay Notes on Camp, writes that "the hallmark of Camp is the spirit of extravagance". 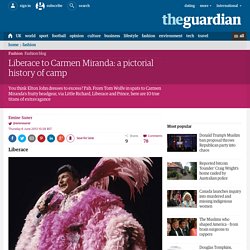 Could she have been thinking of Liberace? By then, the pianist had become the benchmark for the most overblown style imaginable, and he would surpass himself over the next couple of decades with ostrich feather capes, glittering hotpants, white fur coats with 20ft trains, pompadoured hair, hands weighted with jewels and a mirrored Rolls Royce to match his mirrored grand piano. The house-tour section of the fansite Bob's World of Liberace reveals that the extravagance wasn't reserved for the pianist's stage shows.

At his Hollywood Hills mansion, he slept in a golden bed garlanded with fox tails. Remember when Elton John got all that criticism for spending £250,000 on flowers? Culture - Getting romantic again: Reviving the art of love. Deep Beneath This Russian City, Miles Of Technicolor Caves Share Their Hidden Beauty (PHOTOS) Shaun White Quits Olympic Event Over This Death-Defying Course. Shaun White won't compete on this Olympic snowboarding course, but now you can -- and you don't even have to buy a ticket to Sochi, participate in any pesky qualifying events or risk injury to do it. 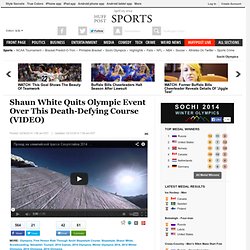 The video above offers a first-person point of view of the slopestyle course at Sochi, a course that has caused dozens of injuries during practice runs, including a concussion and a broken collar bone. Organizers tried to modify it to make it safer, but two-time gold medalist White says it's still too dangerous for him. 13 Words You Probably Didn't Know Were Invented By Shakespeare. Like Precalculus and Newton's laws, Shakespeare's plays are among the most groaned-about high school topics, begetting the complaint: "When will I ever need to know about this in real life? 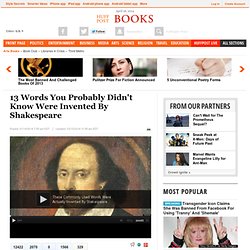 " Turns out, pretty often. Shakespeare can be credited for the invention of thousands of words that are now an everyday part of the English language (including, but not limited to, "eyeball," "fashionable," and "manager. ") In addition to his being a particularly clever wordsmith, Shakespeare's word invention can be credited to the fact that the English language as a whole was in a major state of flux during the time that he was writing. Colonization and wars meant that English speakers were borrowing more and more words from other languages. So before you dismiss Shakespeare as a stodgy, boring alternative to more contemporary writers, remember that you have him to thank for the popularization of the following words...and around 1,700 in total! Dancing over the edge: Vienna in 1914. 5 January 2014Last updated at 19:48 ET By Bethany Bell BBC News Vienna hosted a rich intellectual and artistic life at the beginning of the 20th Century One hundred years ago, Vienna was at the epicentre of a world on the brink of war. 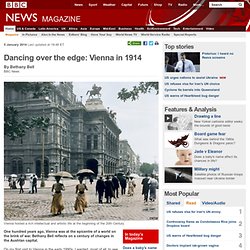 Bethany Bell reflects on a century of changes in the Austrian capital. On my first visit to Vienna in the early 1990s, I wanted, most of all, to see the paintings by Gustav Klimt. I didn't know much about them. My studies in England hadn't exposed me to the art of fin-de-siecle Vienna. Top 10 documentaries. 10. 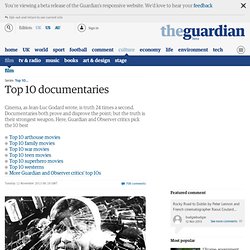 Man With a Movie Camera To best understand this 1929 silent documentary, one ought to know that its director, the exotically named "Dziga Vertov", was actually born David Abelevich Kaufman in 1896. Top 10 war movies. 10. Where Eagles Dare As the second world war thriller became bogged down during the mid-60s in plodding epics like Operation Crossbow and The Heroes of Telemark, someone was needed to reintroduce a little sang-froid, some post-Le Carré espionage, and for heaven's sake, some proper macho thrills into the genre.

Alistair Maclean stepped up, writing the screenplay and the novel of Where Eagles Dare simultaneously, and Brian G Hutton summoned up a better than usual cast headed by Richard Burton (Major Jonathan Smith), a still fresh-faced Clint Eastwood (Lieutenant Morris Schaffer), and the late Mary Ure (Mary Elison). Parachuted into the German Alps, they have one day to rescue an American general held in an apparently impregnable mountaintop fortress. 9. Top 10 documentaries. Henry V – review. Jude Law is the big draw in the fifth and final production of Michael Grandage's West End season. And it is Law's complex portrait of Shakespeare's contradictory king that is far and away the most fascinating aspect of an efficient, well-managed production that doesn't aspire to the topical resonance of recent revivals. Law, sturdily built and with receding hairline, looks more mature than many Henries.

That helps to explain the purposeful gravity he brings to the opening scenes. He scathingly dismisses the "barbarous licence" of his youth, listens closely to the clerical case for war with France and seems genuinely concerned about the bloodshed that will ensue. But Law also gives vent to the anger that lies just below the surface of this seemingly conscientious monarch.

Strange Fruit: A protest song with enduring relevance. 24 November 2013Last updated at 19:32 ET By Maggie Ayre Producer, Soul Music, Radio 4 A photographer captured Billie Holiday singing Strange Fruit as she recorded the song in 1939. What John Lennon, Bob Marley & Kurt Cobain Would Look Like Today. Courtesy of Sachs Media Group comes these eerie and fascinating artist renditions of what legendary rock stars like John Lennon, Bob Marley and Kurt Cobain, among others, would look like if they were alive today. The site, in conjunction with PhoJoe, posted not just the pictures, but speculation about what place each artist would hold in the culture (via musicologists Dr. Reebee Garofalo and Elijah Wald). For instance, former Nirvana lead singer Cobain would have "explored smaller, less commercial projects. " Marley "would have been a dream partner for stars like the Fugees and Kanye West. " And Lennon "almost certainly would have stayed with Yoko Ono.

" Head to Sachs Media Group for more on the artists and methodology. John Lennon. Viewpoint: Saturn snapped as Earth smiled. This 1,600-Year-Old Goblet Shows that the Romans Were Nanotechnology Pioneers. Tiffany Carter, '60s Burlesque Legend, Schools Us All In The Art Of Undressing.