Stone Monument Found In Ancient Maya City Of El Perú-Waka' Sheds Light On Royal Dynasties (PHOTOS) Researchers in northern Guatemala have unearthed not only a rare 1,450-year-old Maya stone monument but also an intriguing tale of royal vengeance and power. 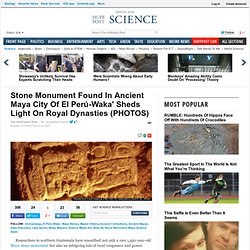 Officially named El Perú Stela 44, the stone was found during an excavation beneath the main temple of the ancient Maya city El Perú-Waka’. The new discovery includes hieroglyphic text detailing a battle between two of the civilization’s most powerful royal dynasties. "'Game of Thrones'... George Lucas... Steven Spielberg... So, what story was hidden in Stela 44? Tiny Chinese Archicebus fossil is oldest primate yet found. A mouse-sized fossil from China has provided remarkable new insights into the origin of primates. 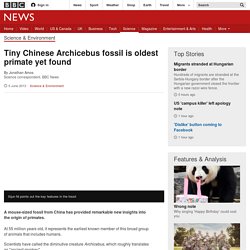 At 55 million years old, it represents the earliest known member of this broad group of animals that includes humans. Scientists have called the diminutive creature Archicebus, which roughly translates as "ancient monkey". Mystery of 16th-century perfume bottle stopper from India or Sri Lanka found in a field in England. Experts are scratching their heads about how the 16th century gold artefact, inlaid with 16 rubies, made its way from the Indian sub-continent to a South Derbyshire field. 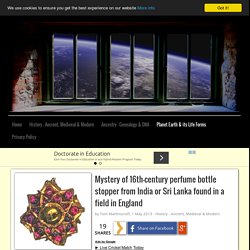 The tiny stopper, which is believed to originate in Goa or Sri Lanka, was found by amateur metal detectorists Tim Corser and Peter Jones. Mr Corser, said: “I couldn’t believe it. It came right up in the first spade when I got to that spot. It was incredibly lucky that it hadn’t been harmed in all those years. I thought initially that the stones were garnets. Experts at the British Museum have described the find as important, but its provenance is a mystery and therefore difficult to value. Derby coroner Paul McCandless said: “It really is the most beautiful object and the workmanship is extremely good.” 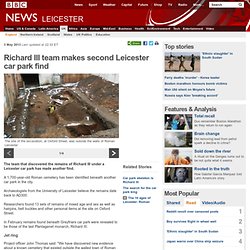 Culture - Sculpture of ancient Rome: The shock of the old. The Romans loved art full of violence and sex. 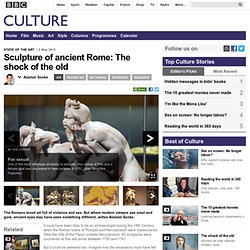 But where modern viewers see smut and gore, ancient eyes may have seen something different, writes Alastair Sooke. It must have been bliss to be an archaeologist during the 18th Century, when the Roman towns of Pompeii and Herculaneum were rediscovered. Mystery of 200-year-old British soldier found in the dunes of Holland. 2 May 2013Last updated at 08:32 GMT By Caroline Wyatt Defence correspondent, BBC News. 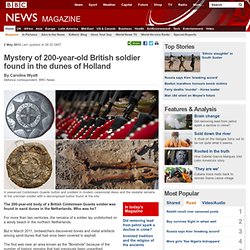 'Proof' Jamestown settlers turned to cannibalism. 1 May 2013Last updated at 18:24 ET By Jane O'Brien BBC News, Jamestown, Virginia "The evidence is absolutely consistent with dismemberment and de-fleshing of this body" - Doug Owsley, forensic anthropologist Newly discovered human bones prove the first permanent English settlers in North America turned to cannibalism over the cruel winter of 1609-10, US researchers have said. 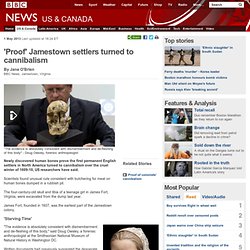 Scientists found unusual cuts consistent with butchering for meat on human bones dumped in a rubbish pit. Heracleion Photos: Lost Egyptian City Revealed After 1,200 Years Under Sea. It is a city shrouded in myth, swallowed by the Mediterranean Sea and buried in sand and mud for more than 1,200 years. 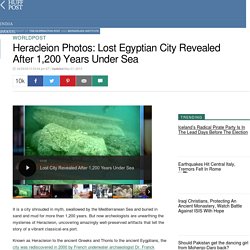 But now archeologists are unearthing the mysteries of Heracleion, uncovering amazingly well-preserved artifacts that tell the story of a vibrant classical-era port. Known as Heracleion to the ancient Greeks and Thonis to the ancient Eygptians, the city was rediscovered in 2000 by French underwater archaeologist Dr. Franck Goddio and a team from the European Institute for Underwater Acheology (IEASM) after a four-year geophysical survey. The “Wall of Severus” Offa's Dyke, near Knighton (Powys) One of the more startling claims made by Steve Blake and Scott Lloyd in their dreadful book The Keys to Avalon: the true location of Arthur’s Kingdom revealed (Shaftesbury: Element, 2000) is that what has been known for the past thousand years and more as ‘Offa’s Dyke’ was in fact built by Roman armies during the reign of Septimius Severus (Emperor 197-211). 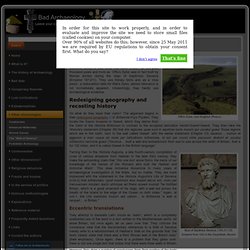 They use literary texts and, as a ‘stop press’, a radiocarbon date for Wat’s Dyke, whose relevance is not immediately apparent. Interestingly, they hardly use archaeological evidence. On what do they base their claim? 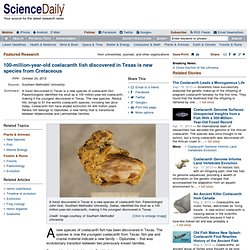 The species is now the youngest coelacanth from Texas; fish jaw and cranial material indicate a new family -- Dipluridae -- that was evolutionary transition between two previously known families. Pieces of tiny fossil skull found in Fort Worth have been identified as 100 million-year-old coelacanth bones, according to paleontologist John F. Graf, Southern Methodist University, Dallas. A sharper look into the past for archaeology and climate research. By using a new series of measurements of radiocarbon dates on seasonally laminated sediments from Lake Suigetsu in Japan, a more precise calibration of radiocarbon dating will be possible.