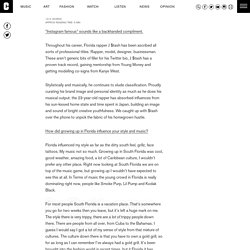 Throughout his career, Florida rapper J $tash has been ascribed all sorts of professional titles. Rapper, model, designer, businessman. These aren’t generic bits of filler for his Twitter bio, J $tash has a proven track record, gaining mentorship from Young Money and getting modelling co-signs from Kanye West. Belgian Consumers Want Choices And Convenience When Shopping Online. 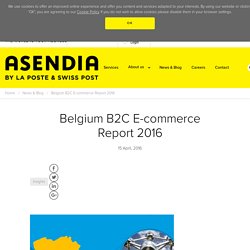 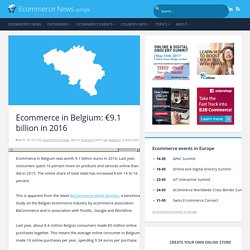 Last year, consumers spent 10 percent more on products and services online than they did in 2015. The online share of total retail has increased from 14 to 16 percent. Reaching the Belgian consumer - Santandertrade.com. In this page: Consumer Profile | Marketing opportunities Consumer Profile Growing Sectors The automotive market, the generics market (thanks to government promotion), the ICT market, the seafood market, the interior textile market (high-quality fabric). 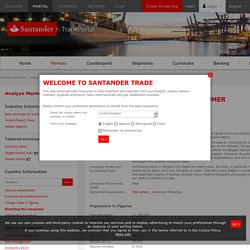 Trends 2017: Belgium - Serviceplan Blog. Dieser Beitrag ist auch verfügbar auf: German To achieve the best results possible for the brands that we serve, and as part of our quest to embrace emerging marketing and communication movements, we need to take a closer look at some social trends. 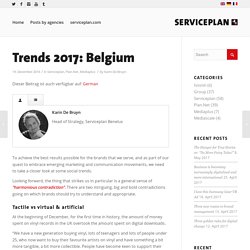 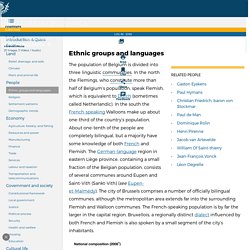 In the north the Flemings, who constitute more than half of Belgium’s population, speak Flemish, which is equivalent to Dutch (sometimes called Netherlandic). Belgium Population (2017) Notes The Belgium Population (Live) counter shows a continuously updated estimate of the current population of Belgium delivered by Worldometers' RTS algorithm, which processes data collected from the United Nations Population Division. 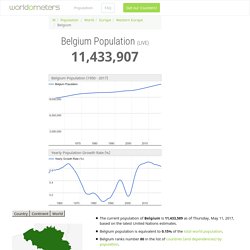 The Population of Belgium (1950 - 2017) chart plots the total population count as of July 1 of each year, from 1950 to 2017. The Yearly Population Growth Rate chart plots the annual percentage changes in population registered on July 1 of each year, from 1951 to 2017. This value can differ from the Yearly % Change shown in the historical table, which shows the last year equivalent percentage change assuming homogeneous change in the preceding five year period. Federal Public Service Foreign Affairs. In brief The common trade policy is an exclusive competence of the European Union. 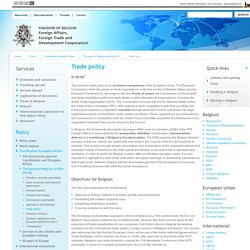 The European Commission is the key player in trade negotiations, under the control of Member States and the European Parliament. In accordance with the Treaty of Lisbon, the Commission conducts tariff and trade negotiations with third party States or with international organisations, including the World Trade Organisation (WTO). The Commission consults with the EU Member States within the Trade Policy Committee (TPC). With regards to trade negotiations with third countries, the Commission receives a negotiation mandate through which the Council authorises it to begin negotiations and to conduct them under certain conditions. In Belgium, the Directorate General for European Affairs and Coordination (DGE) of the FPS Foreign Affairs is responsible for the preparation, definition, coordination, representation, defence and monitoring of Belgium's European policy. 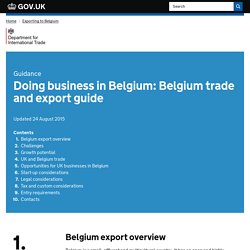 Belgium export overview Belgium is a small, affluent and multicultural country. It has an open and highly competitive market with opportunities in most sectors. Belgium. Belgium GDP. Receive the next reported value for Belgium GDP in you Inbox Request Submitted. 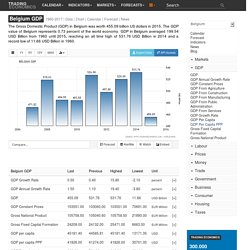 To add alerts for more indicators click here We will not not share your email with third parties and you can unsubscribe at any time. Please Paste this Code in your Website <iframe src=' height='300' width='600' frameborder='0' scrolling='no'></iframe><br />source: <a href=' Essentiel at a glance - Essentiel Antwerp - EU store. Esther Loves Oaf. This January we’re teaming up with one of our favourite international artists Esther Kim, to bring you a pastel collection perfect for lounging around in. Inspired by 90’s sportswear, the range includes soft velour's, zipper dresses and baggy popper track pants all featuring Esther’s iconic, sass filled bunnies that have a killer taste in fashion and a bunch of bad habits. Esther was born in Los Angeles but spent her teenage years in Tokyo and both cities have been very influential to the development of her aesthetic. Her art, illustrations and fashion collaborations have a sophisticated girlishness informed by her multicultural background.

Over the years she has created work for Anna Sui, Elle Girl Korea, Kiehl’s Japan, Nylon and designs ongoing collections with Korean label Chuu and Japanese brand WC, including a fluffy bunny backpack that we have also got our hands on. Don't Hug Me I'm Scared + Lazy Oaf. Yellow Guy, Red Guy and Duck Guy: the adorable, innocuous-looking puppets of the darkly humorous original series "Don't Hug Me I'm Scared" have become YouTube stars by taking viewers on unexpected "educational" journeys that go awry—involving bloody animal gizzards and catchy musical numbers. (This one is definitely not for the kids). In just five episodes, each of which explores subjects ranging from the internet to the concept of time, creators Becky Sloan and Joseph Pelling (who also designed and directed the music video for Tame Impala's "Feels Like We Only Go Backwards") have instilled psychological fear and more than a few nightmares in millions of people—many of whom have spent a good amount of time decoding the various Easter eggs within each short.

While Sloan and Pelling finish work on the sixth and final episode of this series, DHMIS is launching a full collection of apparel in collaboration with the equally wacky and wry folks at Lazy Oaf this coming Friday. Lazy Oaf – Violent Green. Welcome to Tokyo Lazy Land! Welcome to Tokyo Lazy Land! Last week we left London to fly out to our favourite kawaii capital Tokyo where we teamed up with Delta to open our first ever Japanese pop-up store! Lazy Oaf - Behind The Brand. Competition inside! - SBTV. The latest Behind The Brand episode sees SBTV Fashion talk with Gemma Shiel, Founder and Head Designer at London’s Lazy Oaf. Founded in 2001 by Gemma Shiel, Lazy Oaf has gone on to become one of the most recognizable independent brands from the UK, establishing itself globally in both Asia and America.

We spoke with Gemma to find out how the brand initially developed, where she plans on taking it as well as details on the newly launched Autumn / Winter ’13 collection. We’ve teamed up with Lazy Oaf to give one lucky person the chance to win £100 of Lazy Oaf vouchers to spend online or in store. Login to Mintel Reports - Mintel Group Ltd. The federal government. Unemployment - Office for National Statistics. Belgium Gross Minimum Monthly Wage. Belgium Minimum Wages, Minimum Wage Rates I WageIndicator.org/Belgium. UK Clothing and Footwear - Top 10 UK Retailers. What is creativity? Lazy Oaf founder Gemma Shiel on collaboration, inspiration and design. In the latest in a series of interviews exploring pure creativity, and how it is conceived, nurtured and grown, The Drum, in association with Millennial Media, sits down with fashion designer Gemma Shiel.

Gemma Shiel is the founder of Lazy Oaf, the graphic and illustration fashion label she started in her dad’s garage in 2001 before launching a stall in Spitalfields Market. It now has a flagship store in Carnaby Street and is stocked in over 250 stores worldwide. Her many collaborations have included DC Comics for a Batman collection and Warner Brothers for Looney Tunes.