The Silent Forest. Image copyright Alex Boyd It may be more than 70 years since the end of World War Two and the liberation of the concentration camps, but photographers are still drawn to explore the physical remains of the sites where the Holocaust took place. 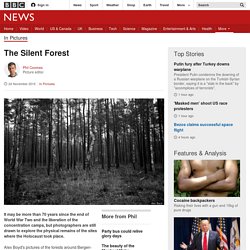 Alex Boyd's pictures of the forests around Bergen-Belsen camp are being shown at the Scottish Parliament. Boyd was born in the nearby town of Celle, to a German mother and Scottish father, but his connection runs even deeper, as his grandfather Robert was part of the Wiltshire Regiment (Duke of Edinburgh's), which administered the camp after liberation. More recently, Alex's brother Benjamin also worked at the camp, in the German army, clearing fallen trees and protecting the memorial from damage. "Forests have often fascinated and terrified me," says Boyd.

Escher-AngelsDemons. Journal Entries by DT. First Entry Posted: October 10th, 2014 I would like to share with you what little I know of the democratizing effect of the life of traditional art being made infinite into pixels. 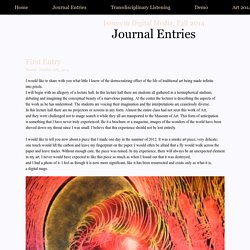 I will begin with an allegory of a lecture hall. In this lecture hall there are students all gathered in a hemispherical stadium, debating and imagining the conceptual beauty of a marvelous painting. At the center the lecturer is describing the aspects of the work as he has understood. I would like to tell you now about a piece that I made one day in the summer of 2012. "The Cardinal will not be Answering any Questions" Second entry Posted: October 20th, 2014 This entry examines misuse of avatars as I have experienced throughout my life after reading Coleman's Essay, "Hello Avatar. 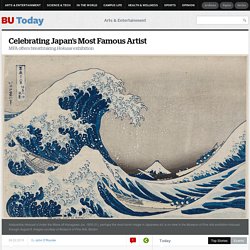 Featuring more than 230 works from a career that spanned over seven decades, the exhibition, titled Hokusai, attests to both the artist’s superb skill and his reputation for innovation. The show reveals the full scope of Hokusai’s work. Best known for his woodblock prints, he was also a gifted painter and book illustrator and a top designer of toy prints and dioramas, painted fans and screens, advertising posters, and even a board game, all being shown in the exhibition. He also took on numerous private commissions, and became well known for a series of sketchbooks that taught aspiring artists how to draw. Along the way, he elevated landscape and nature painting (what the Japanese refer to as bird and flower pictures) to major genres. These animal skeletons crocheted out of string are eerily beautiful. When her grandparents passed away, artist Caitlin McCormack took up crocheting as her way of commemorating them. 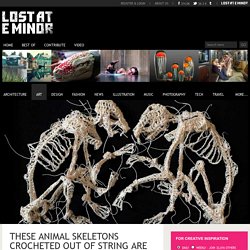 Since then she’s been creating creepy but beautiful crochet sculptures of animals that will make you reflect on life and death. Using crochet tools she inherited from her late grandmother, McCormack found a way to make the materials stiffer, something that would resemble bone. She’d then use this custom material to create morbid skeletons of animals like rats, birds, fish, and even seahorse. Her works, though they look like something straight out of a horror movie, remind us about the beauty of life and its eventual disintegration into bone and decay. ‘For a while the objects had sort of a totemic property and I wanted them to rematerialize my dead relatives. You can see more of McCormack’s works here. Culture - Hokusai and the wave that swept the world. In the beginning was the wave. 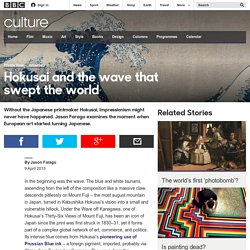 The blue and white tsunami, ascending from the left of the composition like a massive claw, descends pitilessly on Mount Fuji – the most august mountain in Japan, turned in Katsushika Hokusai’s vision into a small and vulnerable hillock. Under the Wave off Kanagawa, one of Hokusai’s Thirty-Six Views of Mount Fuji, has been an icon of Japan since the print was first struck in 1830–31, yet it forms part of a complex global network of art, commerce, and politics. Its intense blue comes from Hokusai’s pioneering use of Prussian Blue ink – a foreign pigment, imported, probably via China, from England or Germany.