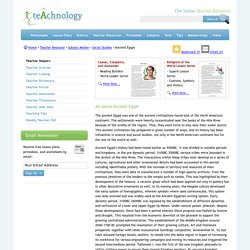 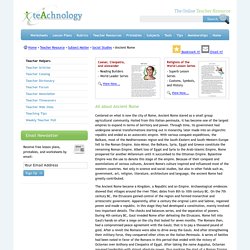 Religions of the World Lesson Series - Superb Lesson Series - Customs, Symbols, and History. Teacher Guide To Ancient Egypt. Teacher Guide to Ancient Egypt Great Pharaohs of Egypt Starting with the great Pharaohs of Egypt and currently having Presidents just like the United States the country of Egypt is an ever-changing and dynamic piece of living history. 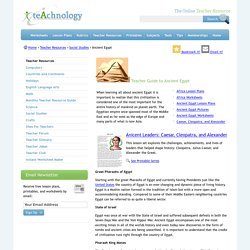 Egypt is a Muslim nation formed in the tradition of Islam but with a more open and accommodating standing. Compared to some of their Middle Eastern neighboring countries Egypt can be referred to as quite a liberal sector. State of Israel. Teacher Guide To Ancient Rome. Teacher Guide to Ancient Rome The history of Rome started around the time of the Stone Age and continued all the way through to 500 AD. 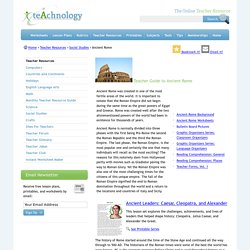 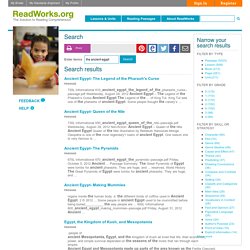 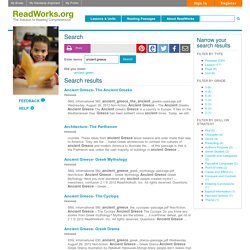 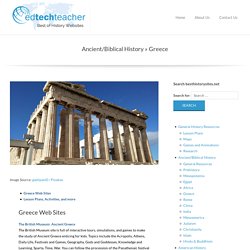 Topics include the Acropolis, Athens, Daily Life, Festivals and Games, Geography, Gods and Goddesses, Knowledge and Learning, Sparta, Time, War. You can follow the procession of the Panathenaic festival and build a virtual temple, take a virtual tour of Athens and “rope” slaves into attending Assembly. You can also command a Greek trireme, explore the battlefield at Plataia, follow an interactive story about women in Greece, and “set the scene” in a virtual house.