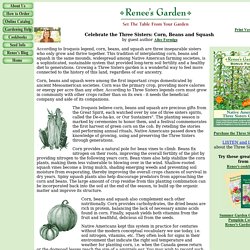 Celebrating the importance of these gifts, not only to the Pilgrims but also to civilizations around the globe that readily adopted these New World crops, adds meaning to modern garden practices Success with a Three Sisters garden involves careful attention to timing, seed spacing, and varieties. In many areas, if you simply plant all three in the same hole at the same time, the result will be a snarl of vines in which the corn gets overwhelmed! Instructions for Planting Your Own Three Sisters Garden in a 10 x 10 square When to plant:Sow seeds any time after spring night temperatures are in the 50 degree range, up through June. What to plant: Corn must be planted in several rows rather than one long row to ensure adequate pollination.

Taking the Permaculture Design Course to ALL the People. For several years following its official creation by Bill Mollison and David Holmgren in the late 1970s, permaculture had remained a marginal approach practiced by a small number of individuals. 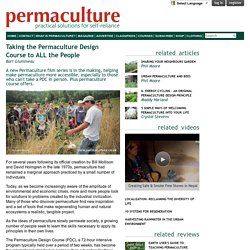 Today, as we become increasingly aware of the amplitude of environmental and economic crises, more and more people look for solutions to problems created by the industrial civilization. Many of those who discover permaculture find new inspiration and a set of tools that make regenerating human and natural ecosystems a realistic, tangible project. As the ideas of permaculture slowly permeate society, a growing number of people seek to learn the skills necessary to apply its principles in their own lives.

The Permaculture Design Course (PDC), a 72-hour intensive program typically held over a period of two weeks, has become the international standard in permaculture education for those wanting to learn how to design regenerative, abundant systems. Further resources. Red Marconi Pepper. 0 out of 0 people found the following review helpful: Nickname: Kickapoo Location: Henderson, NV Very flavorful and sweet Easy to Grow 5.0 EarlyMaturity 5.0 What are the pros? 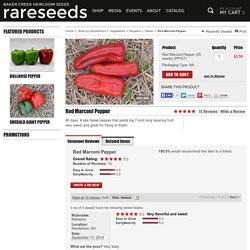 What are the cons? Review: Dr. 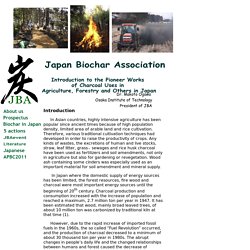 Makoto Ogawa Osaka Institute of Technology President of JBA Introduction In Asian countries, highly intensive agriculture has been popular since ancient times because of high population density, limited area of arable land and rice cultivation. Therefore, various traditional cultivation techniques had developed in order to raise the productivity of crops. Any kinds of wastes, the excretions of human and live stocks, straw, leaf litter, grass、sewages and rice husk charcoal have been used as fertilizers and soil amendments, not only in agriculture but also for gardening or revegetation.

In Japan where the domestic supply of energy sources has been limited, the forest resources, fire wood and charcoal were most important energy sources until the beginning of 20th century. Conference. California Farmer and Journal of Useful Sciences 13 November 1857. Robo Brain. Top Tips for Great Fall Gardens. With tomatoes, peppers and melons now hitting their late summer stride, it’s easy to forget that autumn and early winter can be as abundant as spring and summer. 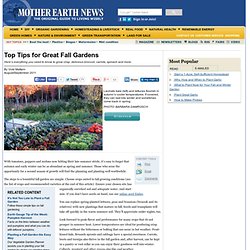 Those who seize the opportunity for a second season of growth will find the planning and planting well worthwhile. The steps to a bountiful fall garden are simple. Choose crops suited to fall growing conditions (see the list of crops and recommended varieties at the end of this article). Ensure your chosen site has organically enriched soil and adequate water. And start now. You can replace spring-planted lettuces, peas and brassicas (broccoli and its relatives) with new plantings that mature in fall. Look forward to peak flavor and performance for many crops that do not prosper in summer heat.

Favored Crops for Fall If you garden in the South or other areas with mild winters, you can grow all of those crops as well as heat-loving favorites. Hardy Fall Varieties Broccolis. Carrots. Lettuces. Kale. Radicchio. Swiss Chard. Ant. Ants form colonies that range in size from a few dozen predatory individuals living in small natural cavities to highly organised colonies that may occupy large territories and consist of millions of individuals. 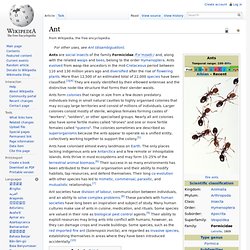 Larger colonies consist mostly of sterile, wingless females forming castes of "workers", "soldiers", or other specialised groups. Nearly all ant colonies also have some fertile males called "drones" and one or more fertile females called "queens". The colonies sometimes are described as superorganisms because the ants appear to operate as a unified entity, collectively working together to support the colony.[5] Ant societies have division of labour, communication between individuals, and an ability to solve complex problems.[8] These parallels with human societies have long been an inspiration and subject of study. 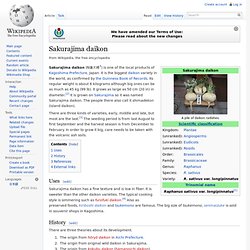 Is one of the local products of Kagoshima Prefecture, Japan. It is the biggest daikon variety in the world, as confirmed by the Guinness Book of Records. Its regular weight is about 6 kilograms although big ones can be as much as 45 kg (99 lb). It grows as large as 50 cm (20 in) in diameter.[2] It is grown on Sakurajima so it was named Sakurajima daikon. The people there also call it shimadekon (island daikon). There are three kinds of varieties, early, middle and late, but most are the last.[3] The seeding period is from last August to first September and the harvest season is from December to February.

Uses[edit] Sakurajima daikon has a fine texture and is low in fiber. History[edit]