How to Start Your Own Private Currency - Derek Thompson - Business. It's not as complicated as it sounds. 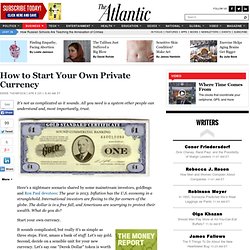 All you need is a system other people can understand and, most importantly, trust. Here's a nightmare scenario shared by some mainstream investors, goldbugs and Ron Paul devotees: The year is 2013. Inflation has the U.S. economy in a stranglehold. International investors are fleeing to the far corners of the globe. The dollar is in a free fall, and Americans are scurrying to protect their wealth. Start your own currency. It sounds complicated, but really it's as simple as three steps. No gold? The success of Ithaca HOURS shows you don't need to be a conspiracy theorist to see the virtue of private currencies. U.S. dollars, like most modern money, are backed by a promise, not a metal. But how can a government-backed Zimbabwe currency be utterly worthless, while a pixelated pile of gold on the game World of Warcraft can be worth more than the computer screen that creates the pixels? 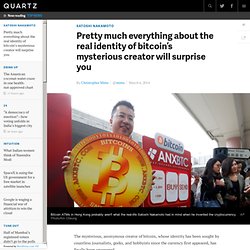 Update: Dorian Nakamoto told the AP that he did not invent Bitcoin, and only heard of it when his son mentioned a reporter had called him to ask if the elder Nakamoto had invented it. And now the whole affair is a meme. The most astonishing thing about the man behind bitcoin, who went by pseudonym “Satoshi Nakamoto” online, is that his real name is in fact Satoshi Nakamoto. But until journalist Leah McGrath Goodman, investigating for Newsweek, thought to search a database containing the registration cards of naturalized US citizens, no one had bothered to find out whether someone living in the US who is actually named Satoshi Nakamoto might be the guy who invented a cryptocurrency that is now worth billions of dollars. Between 2009 and 2011, Nakamoto corresponded with other coders who worked on bitcoin. Bitcoin Embassy In Poland’s Capital Warsaw.

A new bitcoin embassy was launched in Poland’s capital Warsaw on 12th May with the aim of promoting the digital currency in the country and fostering innovation. 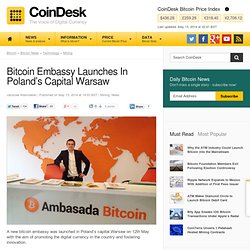 Located on Krucza 46 street, right in the city centre, the embassy is a stone’s-throw from the Warsaw Stock Exchange and Poland’s central bank – two of the most powerful financial institutions in the Polish economy. Inside the newly furbished, contemporary office space stands bitcoin mining hardware. On one of the walls hangs a triple clock showing local time in three cities: Montreal, Tel Aviv and Warsaw. “These are the first three cities in the world where bitcoin embassies were opened,” explained Piotr Hetzig, chief executive of Bitcoin Embassy Warsaw (pictured above), adding: Crom Alternative Currency.

Most complementary currencies are also local currencies and are limited to a certain region. Barters are another type of alternative currency. Often there are issues related to paying tax. Local currency. See Emissions Reduction Currency System for community based initiatives aimed at emission reduction In economics, a local currency, in its common usage, is a currency not backed by a national government (and not necessarily legal tender), and intended to trade only in a small area. 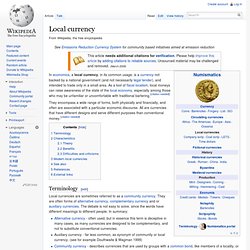 As a tool of fiscal localism, local moneys can raise awareness of the state of the local economy, especially among those who may be unfamiliar or uncomfortable with traditional bartering. [citation needed] They encompass a wide range of forms, both physically and financially, and often are associated with a particular economic discourse. All are currencies that have different designs and serve different purposes than conventional money. Terminology[edit] Local Exchange Trading Systems. A local exchange trading system (also local employment and trading system or local energy transfer system; abbreviated to LETS or LETSystem) is a locally initiated, democratically organised, not-for-profit community enterprise that provides a community information service and record transactions of members exchanging goods and services by using the currency of locally created LETS Credits.[1] History[edit] Michael Linton originated the term "local exchange trading system" in 1983 and for a time ran the Comox Valley LETSystems in Courtenay, British Columbia.[2] The system he designed was intended as an adjunct to the national currency, rather than a replacement for it,[3] although there are examples of individuals who have managed to replace their use of national currency through inventive usage of LETS. 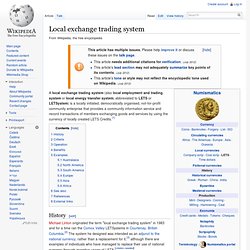 [citation needed] A number of people have problems adjusting to the different ways of operating using a LETSystem. Criteria[edit] Of these criteria, "equivalence" is the most controversial. LETS Groups around the world - LETS-Linkup International LETS Directory. LETS.LOOK.