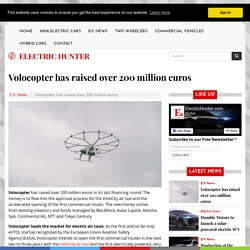 The money is to flow into the approval process for the VoloCity air taxi and the accelerated opening of the first commercial routes. The new money comes from existing investors and funds managed by BlackRock, Avala Capital, Atlantia SpA, Continental AG, NTT and Tokyo Century. A taste of BMW's all-new i4 electric car. In 2021, BMW will bring a purely electrically powered four-door model onto the market. 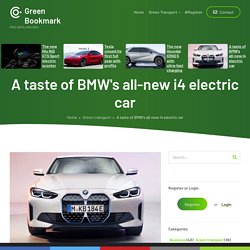 It is based on the 4 Series Gran Coupé and will be called the BMW i4. Now BMW has published the first pictures and a video of the electric 4-series. The i4 is a "Gran Coupe" with four doors and a long wheelbase, which indicates a body that is at least 4.60 meters long. The BMW i4, which will be in direct competition with the Tesla Model 3, has a range of 590 kilometres according to WLTP and accelerates from 0 to 100 km / h in 4 seconds. The Aptera Paradigm electric car has over 7,000 reservations. The Aptera Paradigm electric car has only three wheels, an ultra-light body and a design that resembles that of airplanes. 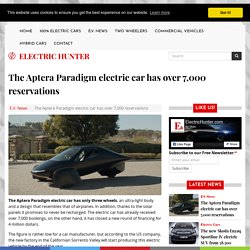 In addition, thanks to the solar panels it promises to never be recharged. The electric car has already received over 7,000 bookings, on the other hand, it has closed a new round of financing for 4 million dollars. Renault is analyzing the LFP batteries. In order to be able to sell the production version of the all-electric Renault 5 Prototype planned for 2023 at a profit, Renault is analyzing the LFP batteries. 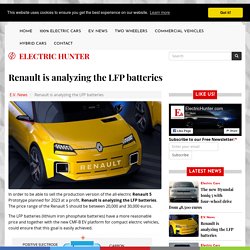 The price range of the Renault 5 should be between 20,000 and 30,000 euros. The LFP batteries (lithium iron phosphate batteries) have a more reasonable price and together with the new CMF-B EV platform for compact electric vehicles, could ensure that this goal is easily achieved. LFP batteries are more stable and more resistant to damages in the event of an accident. LFP batteries don't contain cobalt, which is still one of the most expensive metals in battery manufacturing. This is one of the reasons why they are cheaper than lithium-ion batteries with NMC (nickel, manganese and cobalt) cathodes. BMW will start to produce aluminium using solar power.

All BMW plants currently use energy from renewable sources. 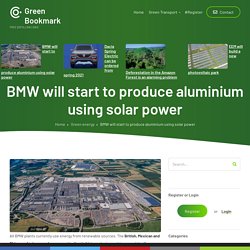 The British, Mexican and Chinese plants use solar energy, the South African plants use biogas and the German plants use wind power. In 2021, all production of the BMW Group will be climate-neutral at its plants. Now BMW will start to produce aluminium using solar power. Aluminium production requires a lot of energy, so the use of renewable energy, such as solar power, in its production, significantly reduces CO2 emissions. Aluminium produced using solar power is used to make vehicle bodies and power line components. BMW aims to have more than seven million electric vehicles on the roads by 2030, two-thirds of which will be fully electric.

The CO2 emissions of electric vehicles are lower during the operation phase than those powered by an internal combustion engine, but the production of battery cells and aluminium is very energy-consuming. Via cnbc. The Ford Puma EcoBoost Hybrid with a 7-speed automatic transmission. Ford introduces a new 7-speed automatic transmission option for the EcoBoost Hybrid engine variants, which will allow for the first time drivers who want an automatic gearbox to reduce CO2 emissions and save money using Ford mild-hybrid technology of 48 volts. 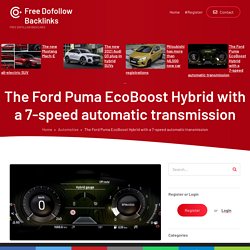 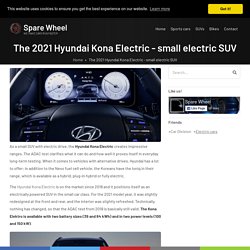 The ADAC test clarifies what it can do and how well it proves itself in everyday long-term testing. The new Mustang Mach-E runs on pure electricity. This website uses cookies to ensure you get the best experience on our website. 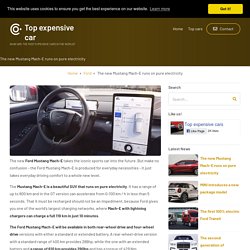 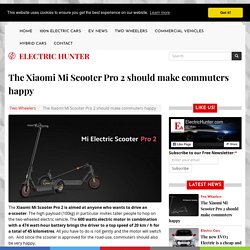 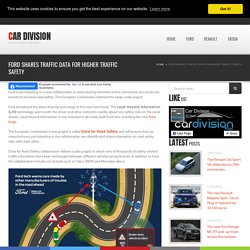 The new BMW i4 is just around the corner. The world premiere of the BMW i4 is just around the corner. WhatsApp sets call record on New Year's Eve. Many people participated in the celebration of New Year's Eve, which is safe and socially distant. This is closely related to messaging services and voice calls. With over 2 billion users, WhatsApp had a record number of calls. According to Facebook, more than 1.4 billion video and voice calls have been made worldwide. Facebook was one of the companies that experienced unprecedented demand for its services around March 2020, when the pandemic was stated.

Many people suddenly started working from home and distanced themselves from friends and family, resulting in a surge in messages and phone calls. On New Year's Eve, WhatsApp sets a new call record; it was said to have increased by 50% or more compared to the New Year's Eve of 2019. A vehicle that takes FCEV technology to new heights. The new Toyota Mirai has been developed on Toyota's GA-L modular platform, which allows the addition of a third hydrogen tank, thus increasing the range by 30% up to about 650 km. Toyota's concept of hybrid energy has been adapted to the production of hybrid electric cars. The second-generation Toyota Mirai it's the living proof. Now a new generation of the Mirai is released, a vehicle that takes FCEV technology to new heights.

Thanks to a vastly redesigned fuel cell system, very smart setup and improved aerodynamic efficiency, its range is close to 650 km, with no emissions other than water. Wind energy production sets a new historical record in Spain. Monday, wind power generation has set a new record with 19,588 megawatts (MW), according to data from Red Eléctrica de España (REE). To be more exact, this new level is 3.76% higher than the previous maximum of 18,879 MW, registered just over a year ago, on December 12, 2019. Thanks to this contribution from the wind in the Iberian Peninsula, driven by the front associated with the Bella storm, 83% of the energy demand registered in the peninsular electricity system at that time has been covered with renewable energy.

According to the data published by the network operator in its last balance sheet until December 27, wind power has generated 6,188 gigawatt-hours (GWh) in the peninsular electricity system in December, which is 18.8% more than in the same 2019 period. Wind energy production represents a share of 31.4% of the monthly energy accumulated until yesterday. Bookmarks car. Article visual. Audi increases the budget for electric and hybrid cars.

Got it! Blog. The new 2021 Audi Q3 plug-in hybrid SUVs. Got it! The new 2021 Dacia Spring Electric – Car Alternators. Dacia has revolutionized the automobile market with its economic model and its vehicles. Dacia opens a new chapter in its history with the unveiling of its first 100% electric model. Dacia Spring Electric is now revealed in its production version, a version suitable for carsharing, for shared electric mobility. The Digital Services Act and the Digital Markets Act will protect the consumer. Brussels unveiled the Digital Services Act and the Digital Markets Act, which are supposed to better protect consumers and make digital markets fairer. It is a reform as ambitious as expected, in order to better regulate the digital space and its platforms. Over the past 20 years, digital platforms have helped to increase accessibility to information, culture and entertainment for consumers in the European Union.

But in addition to the benefits, online platforms have led to the development of illegal content, as well as the online sale of illegal goods and services. Technology. Does Anybody Really Need a Laptop Cooling Pad? Laptops are great because they allow for maximum portability and efficiency when it comes to most things technology.

However, it can get a little frustrating depending on the model you have, how old it is, and how often you use it. Overheating is a huge issue that lots of people struggle with when using laptops. Consequently, laptop cooling pads were invented to tackle performance issues and overall functionality.