How to tie the world together: online knotting reference books. The sheer number and diversity of knots that was once in use would be bewildering to the modern city-dweller. 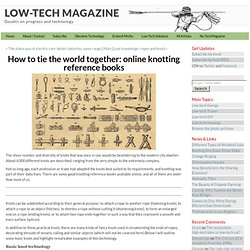 About 4,000 different knots are described, ranging from the very simple to the extremely complex. Not so long ago, each profession or trade had adopted the knots best suited to its requirements, and knotting was part of their daily lives. There are some good knotting reference books available online, and all of them are older than most of us. Knots can be subdivided according to their general purpose: to attach a rope to another rope (fastening knots), to attach a rope to an object (hitches), to shorten a rope without cutting it (shortening knots), to form an enlarged end on a rope (ending knots), or to attach two rope ends together in such a way that they represent a smooth and even surface (splices).

Basic knot technology Desirable features of most knots are that they may be quickly tied, easily untied and will not slip under strain. Right). Facebook.

Tutorial. This tutorial is supposed to teach you how to make Kumihimo friendship bracelets. 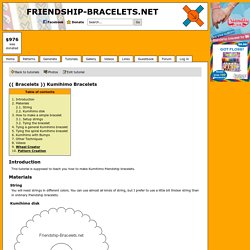 String You will need strings in different colors. You can use almost all kinds of string, but I prefer to use a little bit thicker string than in ordinary friendship bracelets. Kumihimo disk You will also need a Kumihimo disk. 1. 2. 3. In this section I will show how to make a simple spiral kumihimo bracelet. Setup strings For this bracelet, you will need four blue strings and four orange strings (you can of course use any other color). The second step is to mount the strings onto your kumihimo disc. Each pair of strings will form something we will call a group. Tying the bracelet We are now about to tie the bracelet. 1. 2. 3. You have now done the three basic moves: right string down, left string up, turn disc. South Pointing Chariot - STL, STEP / IGES. Celtic Button Knot. How to Tie Decorative Knots. Star Knot (Dman) - Bunk's Cord Archive. Star Knot (Dman) From ParaCord Archive Category: Dman McQ Personal tools Log in / create account Namespaces Views Navigation Tools. 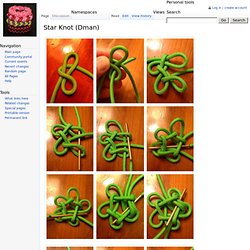 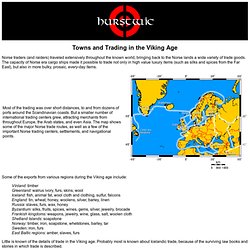 The capacity of Norse era cargo ships made it possible to trade not only in high value luxury items (such as silks and spices from the Far East), but also in more bulky, prosaic, every-day items. Some of the exports from various regions during the Viking age include: Viking Ships. Viking Ships Two different classes of Viking era ships were found: warships called langskip (left) and merchant ships called knörr (right). 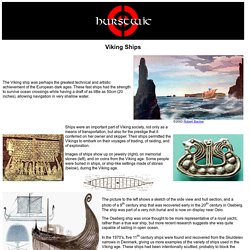 Typically, a warship is narrower, longer, and shallower than a knörr, and is powered by oars, supplanted by sail. The warship is completely open and is built for speed and maneuverability. In contrast, a knörr is partially enclosed and powered primarily by sail. Cargo carrying capability is the primary concern. The single square rigged sail allowed sailing close to the wind. The Helge Ask is a modern replica of the smaller of the two Skuldelev warships. Another clue to the speed capabilities of these ships comes from linguistic studies.

During the normal rowing, using fast, short strokes, we aimed for 40 minute shifts at the oars, but some shifts were longer. The sagas tell of battles involving large numbers of ships. Recently, the accuracy of the descriptions of sea battles in the sagas has been called into question. The coracle, an ancient little boat. The Coracle - a one person boat with an ancient lineage. 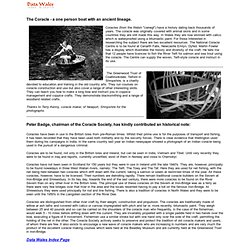 Coracles (from the Welsh "cwrwgl") have a history dating back thousands of years. The coracle was originally covered with animal skins and in some countries they are still made this way. In Wales they are now skinned with calico which is waterproofed using a bitumastic paint. For those interested in researching the subject there are two excellent resources. The National Coracle Centre is to be found at Cenarth Falls, Newcastle Emlyn, Dyfed. The Greenwood Trust of Coalbrookdale, Telford in Shropshire, is a charity devoted to education and training in the old country arts. Stolarka. Green Wood Worker - Sussex Group APT. Welcome to Hampshire Wood Suppliers. Green woodworking.