Insights at the Oscars - Celtx Blog. It’s the glitziest time of year for the world of film production. 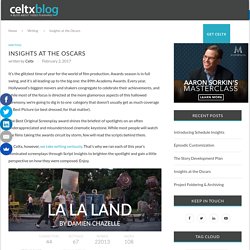 Awards season is in full swing, and it’s all leading up to the big one: the 89th Academy Awards. Every year, Hollywood’s biggest movers and shakers congregate to celebrate their achievements, and while most of the focus is directed at the more glamorous aspects of this hallowed ceremony, we’re going to dig in to one category that doesn’t usually get as much coverage as Best Picture (or best dressed, for that matter). The Best Original Screenplay award shines the briefest of spotlights on an often underappreciated and misunderstood cinematic keystone. While most people will watch the films taking the awards circuit by storm, few will read the scripts behind them.

At Celtx, however, we take writing seriously. At only 32, Damien Chazelle is making a serious name for himself. Behind The Scenes of Palo Alto: A film by Jacqui Getty (Full Length) Film Study Guides - SparkNotes. Let’s Talk About the Ending of Nocturnal Animals. Spoilers below for Nocturnal Animals. 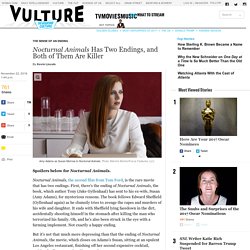 Nocturnal Animals, the second film from Tom Ford, is the rare movie that has two endings. First, there's the ending of Nocturnal Animals, the book, which author Tony (Jake Gyllenhaal) has sent to his ex-wife, Susan (Amy Adams), for mysterious reasons. The book follows Edward Sheffield (Gyllenhaal again) as he clumsily tries to avenge the rapes and murders of his wife and daughter. It ends with Sheffield lying facedown in the dirt, accidentally shooting himself in the stomach after killing the man who terrorized his family. Oh, and he's also been struck in the eye with a farming implement. But it's not that much more depressing than that the ending of Nocturnal Animals, the movie, which closes on Adams's Susan, sitting at an opulent Los Angeles restaurant, finishing off her second expensive cocktail, waiting for Tony to arrive.

So, what the hell's going on here? Which brings us back to the final scene. At least those cocktails looked good. David Fincher: A Film Title Retrospective. Perhaps no other living director has done as much for the art of the title sequence as David Fincher. 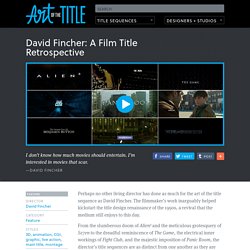 American Honey Is Like Nothing You’ve Ever Seen Before. British director Andrea Arnold’s 2009 film Fish Tank ends as its protagonist, a hot-headed 15-year-old ne’er-do-well named Mia, leaves behind her dysfunctional family and their dreary East London council estate. 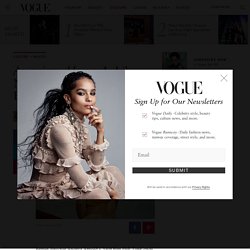 She hits the road with Billy, a gentle-hearted 19-year-old grease monkey she barely knows. He’s got a few friends in Wales and a newly souped up ride; she’s smarting from a bewildering sexual encounter with her mother’s boyfriend and can’t see a reason to stick around in a life that’s quickly and obviously going nowhere. Both Fish Tank and Arnold’s latest, American Honey, won the Jury Prize at the Cannes Film Festival. And the new movie, which opens tomorrow, picks up where the old one left off. It’s different in tone, features completely new characters, and is set thousands of miles away—in American flyover country. 32 Best Movies on Netflix You Haven't Heard Of. An Academy Award nominated documentary about the genocide committed against nearly a million “communists” in Indonesia in 1965. 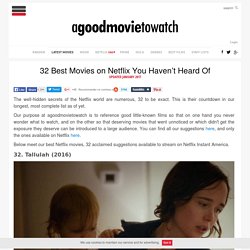 Art of the Title. Four TED Talks Every Filmmaker Should Watch. TED talks take leaders in academic and business fields and lets them talk about how they’re approaching their fields in cutting edge ways. 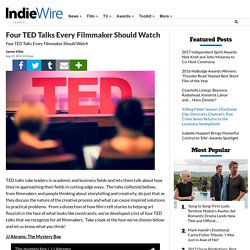 The talks collected bellow, from filmmakers and people thinking about storytelling and creativity, do just that as they discuss the nature of the creative process and what can cause inspired solutions to practical problems. From a dissection of how film’s tell stories to helping art flourish in the face of what looks like constraints, we’ve developed a list of four TED talks that we recognize for all filmmakers. Take a look at the four we’ve chosen below and let us know what you think! JJ Abrams: The Mystery Box Film and TV producer, screenwriter, and director J.J. “Mystery is the catalyst for imagination. Andrew Stanton: Clues to a Great Story. Movies In Color. Jared Leto's 'Suicide Squad' Performance Proves Hollywood Has Ruined Method Acting. Of all the stories surfacing about the new DC Comics film Suicide Squad—from the dismal reviews to the box-office reports—the most disconcerting are the ones that detail how Jared Leto got into his role as the Joker. 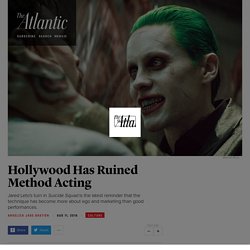 Leto was reportedly so committed to the part that he gifted the cast and crew with a litany of horrible items: used condoms, a dead pig, a live rat. To get into the character’s twisted mindset, he also watched footage of brutal crimes online. “The Joker is incredibly comfortable with acts of violence,” he told Rolling Stone. “I was watching real violence, consuming that. There’s a lot you can learn from seeing it.” Watching Leto tell one disturbing tale after another makes one thing abundantly clear: Method acting is over.