Monsanto Virtually Gives Up on Growing GMO Crops in Europe. Upton reports: "Monsanto has pretty much given up any hope (at least for now) of selling its genetically engineered seeds for corn, sugar beets, and other crops in Europe, where opposition to GMO food is overwhelming. 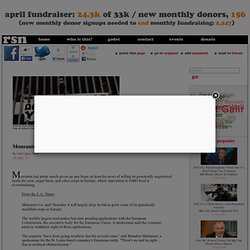 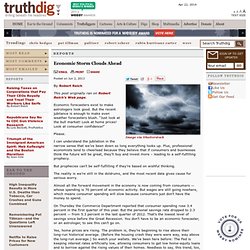 Economic forecasters exist to make astrologers look good. Robert Reich. Encore: America's Gilded Capital. This is why the textile industry is relocating to places like Bangladesh. Source: Center for American Progress/Worker Rights Consortium If there is any doubt that the global apparel trade has involved a massive scramble to the bottom when it comes to wages and working conditions, the Center for American Progress and the anti-sweatshop Workers Rights Consortium would like to dispel it. 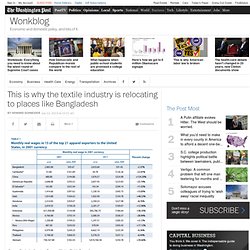 In a new study of textile industry wages in the world’s top garment exporters, new research concludes that on an inflation-adjusted basis, earnings for factory workers in most of the countries have been falling. That includes Bangladesh, in the news recently because of deadly industrial accidents, but also Mexico, seen as a developing world success story. Measured on a real purchasing power parity basis – meaning wages were adjusted to account for the local cost of living – Bangladesh textile wages fell more than 2 percent from 2001 to 2011, while in Mexico they dropped nearly 30 percent. 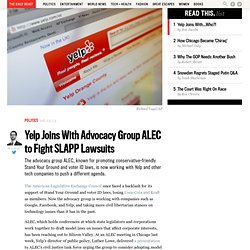 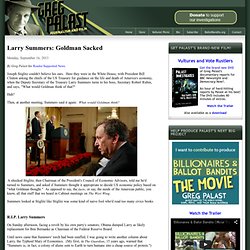 Here they were in the White House, with President Bill Clinton asking the chiefs of the US Treasury for guidance on the life and death of America's economy, when the Deputy Secretary of the Treasury Larry Summers turns to his boss, Secretary Robert Rubin, and says, "What would Goldman think of that? " Huh? Goldman Sachs conquers Europe. This is the most remarkable thing of all: a giant leap forward for, or perhaps even the successful culmination of, the Goldman Sachs Project. 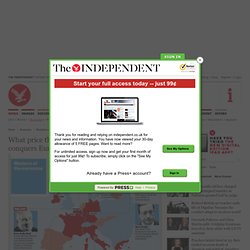 It is not just Mr Monti. The European Central Bank, another crucial player in the sovereign debt drama, is under ex-Goldman management, and the investment bank's alumni hold sway in the corridors of power in almost every European nation, as they have done in the US throughout the financial crisis. Until Wednesday, the International Monetary Fund's European division was also run by a Goldman man, Antonio Borges, who just resigned for personal reasons. Halliburton's Criminal Repertoire. Why Larry Summers Should Not Be Permitted to Run Anything More Important than a Dog Pound. I’ve been gobsmacked to see that not only is Larry Summers on various short lists of candidates to become the next Fed chairman, but that Summers is also supposedly closing in on the favorite, Janet Yellen. 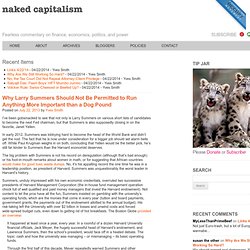 In early 2012, Summers was lobbying hard to become the head of the World Bank and didn’t get the nod. Preying on the poor. Steve Keen on the transmutation of Zombie Banking into Zombie Government! The Financial Crisis and the Second Great Depression Myth. A blueprint for Wall Street. 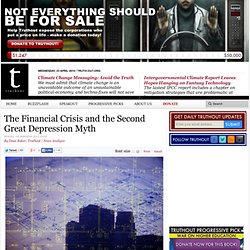 (Image: Lance Page / t r u t h o u t; Adapted: Todd Ehlers, epc, Will Scullin). All knowledgeable DC types know that the TARP and Fed bailout of Wall Street banks five years ago saved us from a second Great Depression. Like most things known by knowledgeable Washington types, this is not true. Just to remind folks, the Wall Street banks were on life support at that time. Bear Stearns, one of the five major investment banks, would have collapsed in March of 2008 if the Fed had not been able to arrange a rescue by offering guarantees on almost $30 billion in assets to J.P. Alexis Breaks Down the Citigroup Bill-Writing Scandal. How Greedy Workers’ Pensions Destroy the Economy, Or Not. Let’s begin with one of these greedy workers. 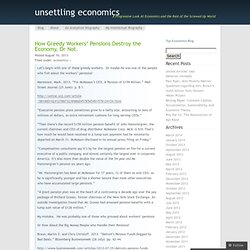 Or maybe he was one of the people who fret about the workers’ pensions? Maremont, Mark. 2013. “For McKesson’s CEO, A Pension of $159 Million.” Wall Street Journal (25 June): p. B 1. “Executive pension plans sometimes grow to a hefty size, amounting to tens of millions of dollars, as extra retirement cushions for long-serving CEOs.” Octopus: Read This Book to Understand Wall Street. Interest Rate-Fixing Scandal Swindles Baltimore, Other Municipalities out of Millions of Dollars. Amidst the financial crisis of 2008 and resultant recession, cities and states around the country lost millions of dollars on investments tied to the London Interbank Offered Rate (Libor) Big Home Builders Gobble Up Rivals Starved for Cash. Banks stole $trillions' worth of houses. How Goldman Cost $5 Billion Manipulating Aluminum Inventories (and Copper is Up Next)

What sexual favors were exchanged so that the New York Times blunted the impact of an important, detailed investigative story on Goldman profiteering, this time in the aluminum market, by releasing it on a heat-addled summer Saturday? 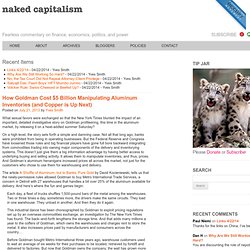 On a high level, the story sets forth a simple and damning case. Not all that long ago, banks were prohibited from being in operating businesses. But the Federal Reserve and Congress have loosened those rules and big financial players have gone full bore backward integrating from commodities trading into owning major components of the delivery and inventorying systems. This doesn’t just give them a big information advantage by having better access to underlying buying and selling activity. It allows them to manipulate inventories, and thus, prices.