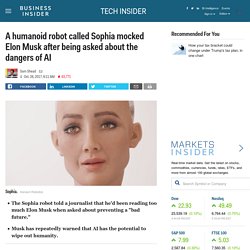 Hanson Robotics The Sophia robot told a journalist that he'd been reading too much Elon Musk when asked about preventing a "bad future. " Musk has repeatedly warned that AI has the potential to wipe out humanity. Can robots learn social etiquette? The Defense Department thinks so. By Kacey Deamer, Live Science By Kacey Deamer, Live Science June 18 at 9:00 AM Humans know to silence a ringing phone when they’re in a quiet library, and to say “thank you” after someone lends a helping hand. 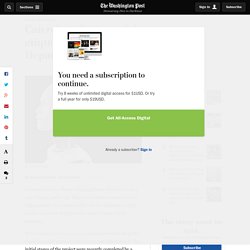 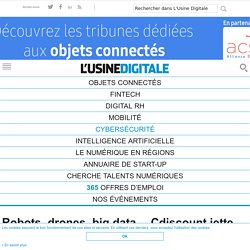 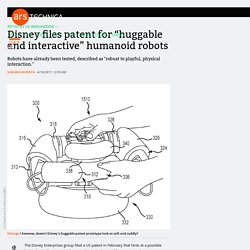 The patent, which was first reported by the Orlando Sentinel, has a suitably warm and fuzzy name: "Soft body robot for physical interaction with humans. " It describes mostly rigid robots, with the exception of "fluid-filled voids," "flexible membranes," and "pressure sensors," and these would all work in tandem to guide the robots' joint motion. Abstract Regulation in the 21st Century 1. Program. All events will be held at Yale Law School (127 Wall Street; New Haven, CT) in Room 127 unless otherwise specified. 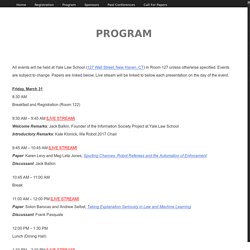 Events are subject to change. Papers are linked below. Live stream will be linked to below each presentation on the day of the event. Www.buzzfeed. Baby robot unveiled in Japan as number of childless couples grows. A baby robot designed to “invoke an emotional connection” has been unveiled in Japan, where plummeting birth rates have left many couples without children. 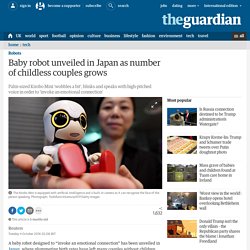 The Kirobo Mini was created by Toyota’s non-automotive department and is equiped with artificial intelligence and a camera so it can recognise the face of the person speaking to it and respond. The largest internet company in 2030? This prediction will probably surprise you. A "Nao" humanoid robot by Aldebaran Robotics dances to the Chinese song "Little Apple" at the World Robot Exhibition during the World Robot Conference in Beijing, China, November 24, 2015. 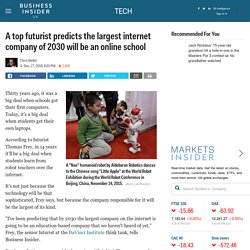 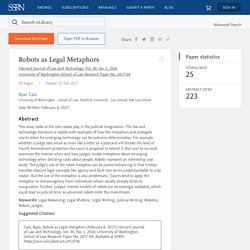 The law and technology literature is replete with examples of how the metaphors and analogies courts select for emerging technology can be outcome determinative. Robots and artificial intelligence: MEPs call for EU-wide liability rules. EU-wide rules are needed for the fast-evolving field of robotics, e.g. to enforce ethical standards or establish liability for accidents involving driverless cars, say MEPs in a resolution voted on Thursday. 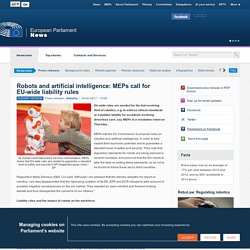 MEPs ask the EU Commission to propose rules on robotics and artificial intelligence, in order to fully exploit their economic potential and to guarantee a standard level of safety and security. They note that regulatory standards for robots are being planned in several countries, and point out that the EU needs to take the lead on setting these standards, so as not to be forced to follow those set by third countries.

Rapporteur Mady Delvaux (S&D, LU) said “Although I am pleased that the plenary adopted my report on robotics, I am also disappointed that the right-wing coalition of ALDE, EPP and ECR refused to take account of possible negative consequences on the job market. This 'bee' drone is a robotic flower pollinator - Feb. 15, 2017. In North America alone, honeybees' role in pollination enables the production of at least 90 commercially grown crops, including apples, blueberries, melons and broccoli. 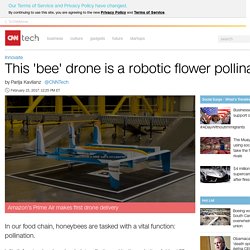 One student wanted more people to understand the significance of bees to human life -- so she created what's essentially a "bee drone" to be a functional teaching tool that couples technology and design. Plan Bee is a personal robotic bee (controlled by a smart device) designed to mimic how bees pollinate flowers and crops. Similar to how bees transfer pollen from one flower to another, the drone sucks in pollen from a plant and expels it onto other flowers to enable cross-pollination.

Watch This $100 Drone Try to Do a Bumblebee’s Job. Could there be anything gloomier to think about than a mechanical bee? It’s a sad fact—bee populations are in decline in many parts of the world. While the reasons bees are in trouble aren’t yet well understood, the problem has some technologists investigating whether drones could fly flower-spreading pollen instead. The latest effort comes from Japan, where investigators at the National Institute of Advanced Industrial Science, in Tsukuba, were looking for new uses for sticky substances called ionic liquid gels that have unusual physical properties.

To make their pollinator, the team purchased $100 drones from Amazon and then added patches of horsehair to their undersides. After painting on the gels, which are moist and are about as sticky as a Post-It note, the drones were ready to grab and release pollen grains. As shown in the video above, the researchers flew the drones smack into the male and female parts of pink and white Japanese lilies. Don’t kill us, R2-D2: MEPs warn against robot revolt. BBC Radio 4 - 15 Minute Drama, Isaac Asimov's I, Robot. Www.theverge. Rise of the robots. Earlier this year, the Japanese office of advertising agency McCann Erickson announced a new creative director.

The new employee underwent the agency’s traditional welcoming ceremony alongside 11 college graduates. However, McCann’s new creative director wasn’t able to join the post-ceremony celebrations with the rest of the graduates. Robots are becoming security guards. &apos;Once it gets arms ... it&apos;ll replace all of us&apos; William Santana Li imagines a future where robots will keep Americans safe. Communities, he dreams, will take security into their own hands by investing in wheeled machines that patrol streets, sidewalks and schools — instantly alerting residents via a mobile app of intruders or criminal behavior.

“What if we could crowd-source security?” Said Li, co-founder and chief executive of a robotics company, Knightscope, that hopes to eventually do just that. His question is like many posed by Silicon Valley entrepreneurs seeking to modernize, privatize and monetize services once entrusted to the government — and it’s one that has intrigued venture capitalists who have pumped $14 million into his start-up. Not Content With Silencing Human Critics, Russia Has Now Arrested A Robot. You might be forgiven if you were under the impression that the Russian government is a bit behind the times when it comes to modern technology and its never ending desire to stifle every last bit of dissent possible. Between the bouts its had with internet censorship and some strange claims about how binge-watching streaming services are a form of United States mind-control, it would be quite easy to be left with the notion that this is all for comedy.

Alas, blunders and conspiracy theories aside, much of this technological blundering is mere cover for the very real iron grip the Russians place upon free speech, with all manner of examples in technology used as excuses to silence its critics. And now it's no longer just human beings that need fear the Russian government, it seems. Just this past week, a robot was arrested at a political rally.