BlueProximity on Ubuntu 14.04 LTS – Matthew L. Jenkins. I had a desktop I was using with Windows 10, until it kept overheating (at least that’s what I can only assume the blue screens were from after using SpeedFan and some other utilities to notice my temps were way above normal). 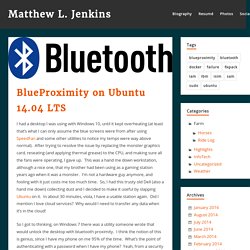 After trying to resolve the issue by replacing the monster graphics card, reseating (and applying thermal grease) to the CPU, and making sure all the fans were operating, I gave up. This was a hand me down workstation, although a nice one, that my brother had been using as a gaming station years ago when it was a monster. I’m not a hardware guy anymore, and fooling with it just costs me too much time. BlueProximity on Ubuntu 14.04 LTS – Matthew L. Jenkins. Gaming in the Classroom. GeoGebra.

Www.lsi.us.es/docs/informes/LSI-2005-02.pdf. All Downloads. BaseX is very light-weight, easy to use, and runs out of the box!

It is based on Java 6 and has been tested and optimized for various platforms. The GUI and the Server are bundled in a single file, including all APIs, start scripts and sample documents. Official Release: 7.8.2 (2014/04/04) More Links BaseX XQJ API, written by Charles Foster Latest stable snapshot (recommended for developers) All former releases Please note that the GUI and the Client/Server architecture of BaseX are not synchronized.

Free Online XPath Tester / Evaluator. Allows you to test your XPath expressions/queries against an XML file. 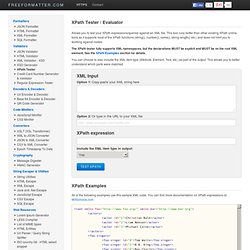 This tool runs better than other existing XPath online tools as it supports most of the XPath functions (string(), number(), name(), string-length() etc.) and does not limit you to working against nodes. The XPath tester fully supports XML namespaces, but the declarations MUST be explicit and MUST be on the root XML element. See the XPath Examples section for details. You can choose to also include the XML item type (Attribute, Element, Text, etc.) as part of the output. This allows you to better understand which parts were matched. Inicio - Avanet. How to run a robot go player on KGS. Back to winhlp.com How to run a robot Go player on KGS For Windows Copyright © 2005-2014 Hans-Georg Michna. 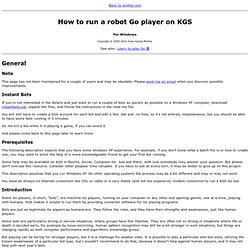 See also: Learn to play Go 碁 Note This page has not been maintained for a couple of years and may be obsolete. Instant Bots If you're not interested in the details and just want to run a couple of bots as quickly as possible on a Windows XP computer, download instantbots.zip, unpack the files, and follow the instructions in the read me file. 12.04.2 LTS (Precise Pangolin) Ubuntu is distributed on five types of images described below. 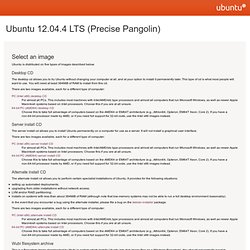 Desktop CD The desktop cd allows you to try Ubuntu without changing your computer at all, and at your option to install it permanently later. This type of cd is what most people will want to use. You will need at least 384MiB of RAM to install from this cd. There are two images available, each for a different type of computer: [C#] Hello World with MonoDevelop.

Coltsin. The State of Game Development: Part 1. Working on Game Developer magazine for many years, I've seen a whole lot of charts. 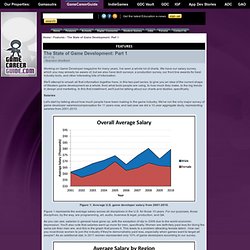 We have our salary survey, which you may already be aware of, but we also have tech surveys, a production survey, our front line awards for best industry tools, and other interesting bits of information. We'll attempt to smash all that information together here, in this two-part series, to give you an idea of the current shape of Western game development as a whole, from what tools people are using, to how much they make, to the big trends in design and marketing. In this first installment, we'll just be talking about our charts and studies, specifically. Salaries Let's start by talking about how much people have been making in the game industry. We've run the only major survey of game developer salaries/compensation for 11 years now, and last year we did a 10 year aggregate study, representing salaries from 2001-2010. 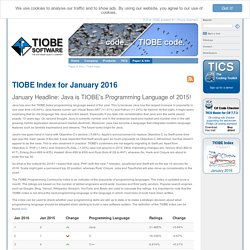 Java has won the TIOBE Index programming language award of the year. This is because Java has the largest increase in popularity in one year time (+5.94%). Java leaves runner ups Visual Basic.NET (+1.51%) and Python (+1.24%) far behind. At first sight, it might seem surprising that an old language like Java wins this award. Java's rise goes hand in hand with Objective-C's decline (-5.88%). So what is the outlook for 2016? The TIOBE Programming Community index is an indicator of the popularity of programming languages. The index can be used to check whether your programming skills are still up to date or to make a strategic decision about what programming language should be adopted when starting to build a new software system.