Reading around STAY WHERE YOU ARE & THEN LEAVE 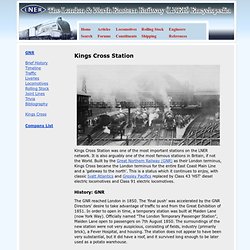 It is also arguably one of the most famous stations in Britain, if not the World. Built by the Great Northern Railway (GNR) as their London terminus, Kings Cross became the London terminus for the entire East Coast Main Line and a 'gateway to the north'. This is a status which it continues to enjoy, with classic Ivatt Atlantics and Gresley Pacifics replaced by Class 43 'HST' diesel electric locomotives and Class 91 electric locomotives. History: GNR The GNR reached London in 1850. Shortly after the temporary station opened, on 24th October 1850 Lewis Cubitt presented his plans for a permanent station at Kings Cross. The 'Great Station' finally opened on 14th October 1852 and was quickly regarded as architecturally startling with a pair of yawning "train sheds". "Alfie stole Mr Janáček's shoeshine box for one reason only"

The Independent Shoe Black. Description From 'Street Life in London', 1877, by John Thomson and Adolphe Smith: "The police have not been uniformly successful in stamping out unlicensed shoe-blacks. 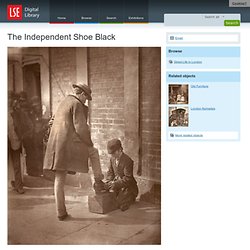 In some cases the tradesmen came out of their shops and spoke in their favour; they objected that the shoe-black had been standing outside their doors for many years, was well known to the neighbourhood, had proved himself useful in running errands, or lent his aid to put up the shutters in the evening, and that, consequently, the policeman would oblige them by leaving him alone.

" Licensing information This item is licensed under a Creative Commons Attribution-NonCommercial-ShareAlike (CC BY-NC-SA 3.0) license. This license lets you remix, tweak, and build upon this work non-commercially, as long as you credit us and license your new creations under identical terms. Shoeshine on Pinterest. Shoeshine Boys & Boxes on Pinterest. "perilously close to penury " p.62. Conscientious Objectors. Conscientious Objectors During WW1. John was a picture frame maker and gilder in a small town in Cornwall. 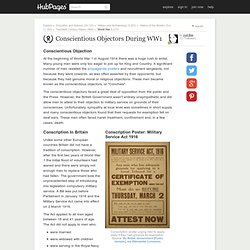 In February 1914, at the age of 24, he married Caroline in the town's Wesleyan Chapel. When war was declared in August of that same year, John did not join up. However, when conscription came into force John appeared before his local tribunal, on 22 June 1916. On 25 June he filled in his enrolment form on which it was noted that he was exempted from serving as a combatant on conscientious grounds following his tribunal. He was immediately posted to the 3rd Dorset Non-Combatant Southern Corps on Home Service. Most of the Army Service Records that survive include the results of a medical examination. Apart from overstaying a furlough by 10 hours in 1916, John appears to have settled down to army life. At his trial the next day, John declined to cross-examine either Corporal Preece or Sergeant Francis and reserved his defence.

Wormwood Scrubs given listed building status. "The design approach was viewed as progressive in terms of prisoner welfare and prison management, providing workshops, hospital, recreational and spiritual support; it was economical to build, answering the acute problem at that time of how and where to house convicts before deportation, thus it was highly influential. 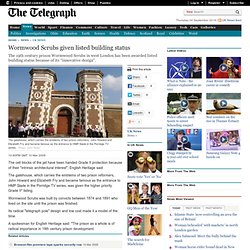 "Statutory recognition of the importance of HMP Wormwood Scrubs is long overdue. "The criteria for listing for innovativeness of design, intrinsic architectural interest and group value are readily satisfied. " A spokesman for the Department for Culture, Media and Sport (DCMS) said: "The Scrubs have been an iconic part of the London landscape for more than a century. The-White-Feather-Movement-WorldWarOne - home. Shell Shock, or, Post Traumatic Stress Disorder. Shell shock, post traumatic stress disorder and soldiers shot at dawn for alleged desertion and other pretexts in world war 1.

Half the population are bullied ... most only recognize it when they read this Never in the field of human conflict has so little been gained by the death of so many. 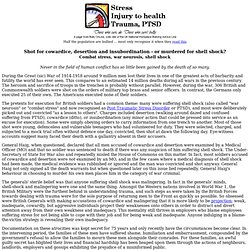 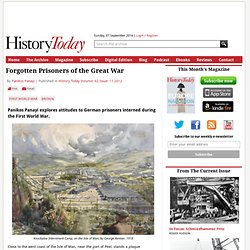 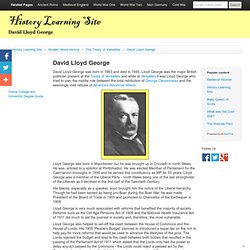 Lloyd George was the major British politician present at the Treaty of Versailles and while at Versailles it was Lloyd George who tried to play the middle role between the total retribution of George Clemenceau and the seemingly mild rebuke of America’s Woodrow Wilson. Lloyd George was born in Manchester but he was brought up in Criccieth in north Wales. He was articled to a solicitor at Porthmadoc. History - Ernest Shackleton. Prime Minister H.H. Asquith. History - Herbert Henry (HH) Asquith. 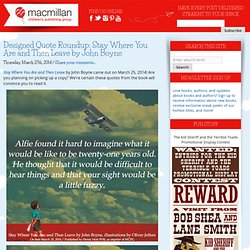 Are you planning on picking up a copy? We’re certain these quotes from the book will convince you to read it. Share these on social media, get Stay Where You Are and Then Leavetoday, and let us know which images are your favorite!