Satadru Das's answer to India: Why is Communism so successful in West Bengal. A Global Ban on Left-Wing Politics. That’s what the new rules being smuggled into trade agreements are delivering. 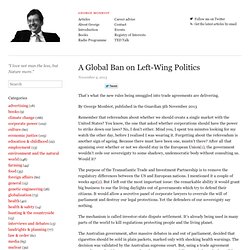 By George Monbiot, published in the Guardian 5th November 2013 Remember that referendum about whether we should create a single market with the United States? You know, the one that asked whether corporations should have the power to strike down our laws? No, I don’t either. Mind you, I spent ten minutes looking for my watch the other day, before I realised I was wearing it. The purpose of the Transatlantic Trade and Investment Partnership is to remove the regulatory differences between the US and European nations. Coloniality of power. The Coloniality of Power is a theory of interrelation of the practices and legacies of European colonialism in social orders and forms of knowledge, advanced in postcolonial studies and Latin American subaltern studies, most prominently by Anibal Quijano. 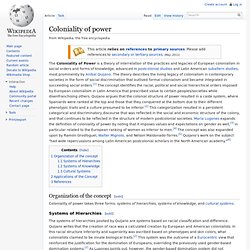 The theory describes the living legacy of colonialism in contemporary societies in the form of social discrimination that outlived formal colonialism and became integrated in succeeding social orders.[1] The concept identifies the racial, political and social hierarchical orders imposed by European colonialism in Latin America that prescribed value to certain peoples/societies while disenfranchising others. » How to be a fan of problematic things Social Justice League. I like things, and some of those things are problematic. 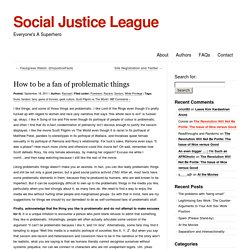 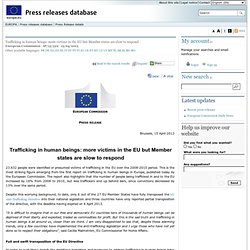 #ArafatJaradat Tortured to Death by Israel (Updated) Preliminary Arafat Jaradat autopsy report: ‘Reason of Death: nervous shock as a result of extreme pain from the intensity of the injuries described above, which resulted from multiple direct and extensive acts of torture’ (Download the PDF of the Report) Will be updated continuously with related news and photography below this post. 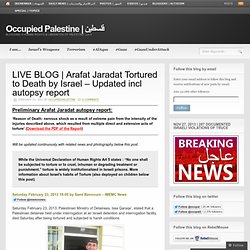 While the Universal Declaration of Human Rights Art 5 states : “No one shall be subjected to torture or to cruel, inhuman or degrading treatment or punishment.” torture is widely institutionalized in Israeli prisons. More information about Israel’s habits of Torture (also deployed on children below this post) Saturday February 23, 2013 19:05 by Saed Bannoura – IMEMC News Saturday February 23, 2013; Palestinian Ministry of Detainees, Issa Qaraqe’, stated that a Palestinian detainee held under interrogation at an Israeli detention and interrogation facility, died Saturday after being tortured and subjected to harsh conditions.

Photo via Ma’an News Agency. Beware the voluntourists intent on doing good. I recently came across an interesting article questioning voluntourism and assessing whether it does more harm than good in communities of the global south. 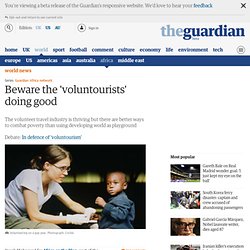 It reminded me of my own concerns with "voluntourism" that originated in my college years in which I had participated in Alternative Spring Breaks. It was considered an alternative to what most college students did on their vacations: spending idle time by the poolside. The university-organised trips sent students to spend a week in disadvantaged and poverty-stricken communities to volunteer. This could take the form of teaching English at the local school, assisting in building and beautifying new homes for residents, or environmental cleanups. 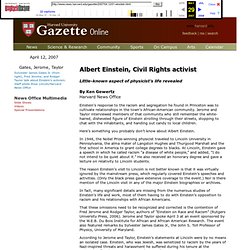 Jerome and Taylor interviewed members of that community who still remember the white-haired, disheveled figure of Einstein strolling through their streets, stopping to chat with the inhabitants, and handing out candy to local children. Here’s something you probably don’t know about Albert Einstein. Read Shah Rukh Khan's article which appeared in Outlook Turning Points 2013. The article 'Being a Khan', authored by Bollywood actor Shah Rukh Khan, appeared last week in the magazine Outlook Turning Points (The Global Agenda 2013). 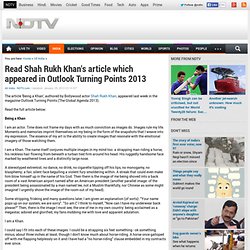 Read the full article below: Being a Khan I am an actor. Time does not frame my days with as much conviction as images do. How To Talk To Someone About Privilege Who Doesn't Know What That Is. I once published a piece about white privilege, and my white friend’s dad lost it. 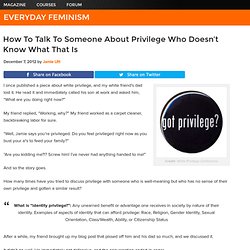 He read it and immediately called his son at work and asked him, “What are you doing right now?” My friend replied, “Working, why?” My friend worked as a carpet cleaner, backbreaking labor for sure. Lived experience. The term lived experience is used to describe the first-hand accounts and impressions of living as a member of a minority or oppressed group. 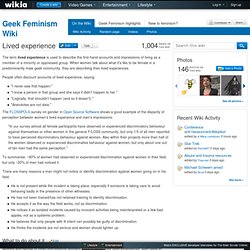 As a bloodless technocrat I am always unnerved when the people take to the streets. As I recently told a correspondent: if we are doing our jobs right then people shouldn’t even know that technocrats exist. We Are the 99 Percent. 14th October 2013 Question with 172 notes Anonymous asked: How can you claim to speak for 99% of people? We don’t claim to speak for anyone, we merely present stories. 14th October 2013 Photo with 186 notes I am 23 years old. Globalrevolution. 8 Stories Buried By the Corporate Media That You Need to Know About. December 15, 2011 | Like this article? Non Violent Civil Disobedience Training Talks. Dissidentity by Roger Clark.