80 Signs You're An INTJ. Which Is The Smartest MBTI Type? We've all thought about it. 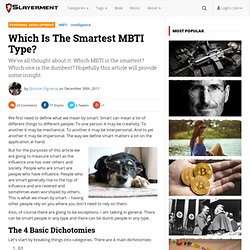 Which MBTI is the smartest? Which one is the dumbest? Hopefully this article will provide some insight. The INTJ "Mastermind" Personality Type - Personality Hacker : Personality Hacker. After Joel and I released a podcast on the INFJ personality, we received an overwhelming response from (the Myers-Briggs type) INTJ for more information on understanding their type. 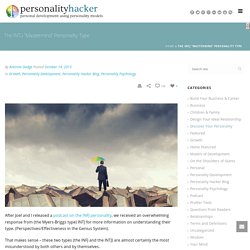 (Perspectives/Effectiveness in the Genius System). That makes sense – these two types (the INFJ and the INTJ) are almost certainly the most misunderstood by both others and by themselves. I’d almost argue that INFJs are a little easier to understand. That might be because my mother is an INFJ and I grew up around her, but there’s something about the acute pain an INFJ experiences that is an entrance into understanding them. As if the pain, itself, was a foot in the door of entering in and seeing the whole picture. INTJ (Strategist) Personality Type - Jungian. INTJ Personality. All About the INTJ Personality INTJ is my basic personality type on the Myers-Briggs Type Indicator (MBTI), currently the most commonly used personality type system. 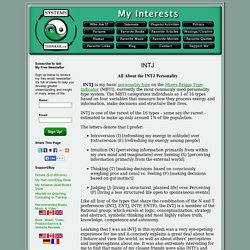 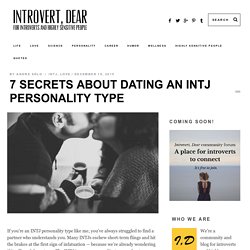 Many INTJs eschew short-term flings and hit the brakes at the first sign of infatuation — because we’re already wondering if it will work long-term. The INTJ is a rare personality type, and not many people “get” us. As a result, we are careful about committing and wait a long time to let you in. 6 ways to succeed in your career as an INTJ personality type. Last week I wrote about what holds INTJs back from achieving our goals. 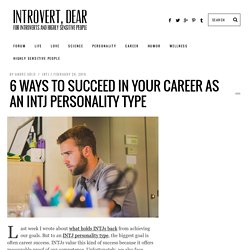 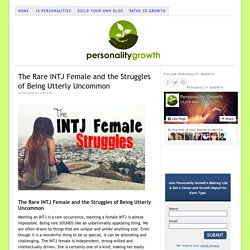 Being rare SOUNDS like an unbelievably appealing thing. We are often drawn to things that are unique and unlike anything else. Even though it is a wonderful thing to be so special, it can be alienating and challenging.