Ten European Christmas traditions - CBBC Newsround. Getty Images In the UK, many of us enjoy turkey, mince pies and presents on 25 December, but Christmas can be celebrated in different ways in other countries. 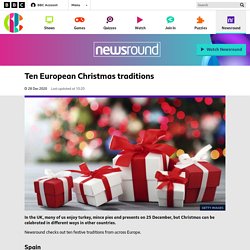 Newsround checks out ten festive traditions from across Europe. Spain Christmas starts on 8 December in Spain with the Feast of the Immaculate Conception. Another thing that happens in Catalonia on the 8th is the beating of the Tió de Nadal or Christmas log... bare with us here because this could sound a little strange. Every night until the 24th of December, children 'feed' the happy log with dried fruit and nuts. 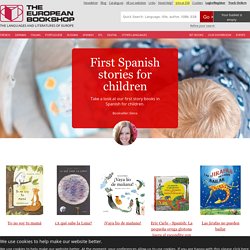 Curriculum Frameworks, Schemes and Guidance. MFL practice websites - free and paid. MFL Blogs for resources and ideas. MFL Research. Exchanges. Connect Your Classroom to the World. Spanish - ALL Progression & Transition wiki. Spanish A-Level. My go-to Starter Activities – My Primary Languages Classroom. Fun ways to revisit learning and ensure retention I can’t be the only teacher to have noticed that Rosenshine’s Principals seem to be everywhere at the moment. 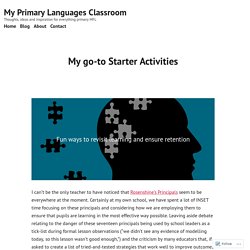 ThinkingEd – Spreading the word for forward-thinking Education. GCSE Spanish Picture Description – TeachVid Blog. One of the simplest ways of creating YouTube video content that you can use with your students on TeachVid is to add a voice-over track to a still image. 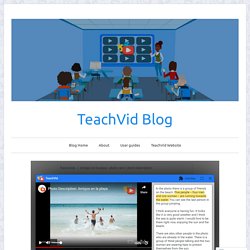 Describing a picture is a common assessment method for language learners, so why not make simple video content based on a still image plus your own scripted description of the image content? Try to include vocabulary and structures that would be useful in as many contexts as possible, and bear in mind that the content should be vocabulary and structures that you would ideally like your students to be able to produce. Have a look at the examples below. (Click on the links in blue to open the resources.) 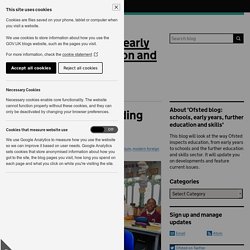 Languages are an essential part of a broad, balanced curriculum. Not only do they provide an opportunity to communicate more effectively with others, they also help children to understand what it is to be a global citizen. This includes the importance of tolerance and understanding, which is crucial knowledge in today’s world. Primary schools have had a legal responsibility to teach languages since 2014. The first cohort of pupils that should have studied languages throughout key stage 2 moved to secondary school in September 2018. Design a text to practice a particular language structure. Things to do with sentence builders in the primary languages classroom.

Writing frames, sentence builders, whatever you call them, are enjoying considerable popularity in the languages community at the moment, due mainly to the work of Gianfranco Conti. 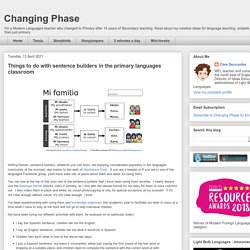 If you are a tweeter or if you are in one of the languages Facebook group, you'll have seen lots of posts about them and ideas for using them. You can see at the top of this post one of the sentence builders that I have been using most recently. I nearly always use the flowchart format (thanks Joe!) Organised: 1,926 MFL lesson plans. Cours et exercices de français gratuits. NCELP. Primary. The pairs of training sessions below were delivered as part of the Primary PGCE course at the Faculty of Education, Cambridge University. 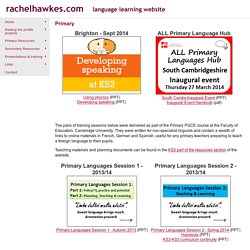 Guided / scaffolded translation activities - The textivate blog. There's a renewed focus on translation in Modern Languages teaching in the UK. 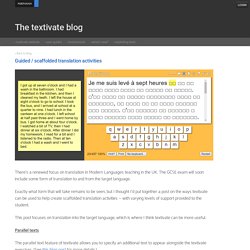 The GCSE exam will soon include some form of translation to and from the target language. Textivate. - Resource: Les repas: qu'est-ce que tu manges? Have a repertoire, lighten your workload (part one) The next four blogs I'm going to post are the equivalent of one of those TV clip shows - you know, the ones where they need to fill a weekly slot by showing the best bits, or deleted scenes, from the series. 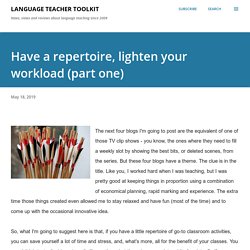 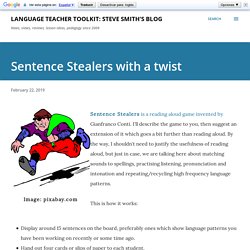 I'll describe the game to you, then suggest an extension of it which goes a bit further than reading aloud. By the way, I shouldn't need to justify the usefulness of reading aloud, but just in case, we are talking here about matching sounds to spellings, practising listening, pronunciation and intonation and repeating/recycling high frequency language patterns. This is how it works: Display around 15 sentences on the board, preferably ones which show language patterns you have been working on recently or some time ago.Hand out four cards or slips of paper to each student.On each card students must secretly write a sentence from the displayed list.Students then circulate around the class, approaching their classmates and reading a sentence from the displayed list. Curriculum map and overhaul. My main takeaways from Rachel's session were: It's generally acknowledged that by the end of Year 6 children will have reached level A1 on the Common European Framework.

This requires knowledge of 500 items of vocabulary.The vocabulary taught should be informed by the words' frequency in the language. French Online Sources Of Texts - ALL Literature Project. The Project has identified many online repositories of literary texts online, which are grouped here for your reference. Of course these may not be online forever and we cannot be responsible if they disappear! The links on this page were checked in August 2015. Please also see the sources provided by Multilingual sites, where French is also included. The Straitjacket of “Good Practice” UPDATE. Right, time for another rant into the ether! Well, not really a rant, more a few observations on what works and doesn’t. You know why my ranting isn’t as ranty as it once was? I’m just not so angry anymore. And I used to be. I used to make my living from doing inset and I met so many frustrated teachers, teachers given ticklists towards excellence, minute by minute diktats on what it is to be ‘outstanding’.

Talking Target Language: developing spontaneity in the classroom « Network for Languages London. Assessment-for-ALL-1. Primary Programme of Study. With the introduction of MFL as a compulsory subject across all KS2 year groups from September 2014, the UCL Institute of Education Confucius Institute developed a Programme of Study to assist primary school teachers to introduce and teach Mandarin Chinese in the classroom. In this new version, released in June 2016, the language content and general rationale remain the same but the formatting has been changed and a far greater cultural content has been developed.