The Alchemy Web Site. Lesson 1 - Introduction to the Tarot. Years ago, when I told my brother I was studying the tarot, his first comment was, "How can a deck of cards possibly tell you anything about anything? 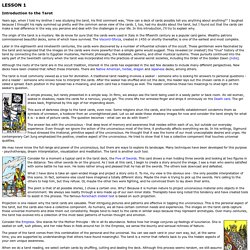 " I laughed because I thought his reply summed up pretty well the common sense view of the cards. I, too, had my doubts about the tarot, but I found out that the cards can make a real difference in the way you perceive and deal with the challenges in your life. In this introduction, I'll try to explain why. The origin of the tarot is a mystery. How Accurate Is A Birth Chart - Astrology Club. I’ll make this explanation of birth chart accuracy brief, with little or no jargon. 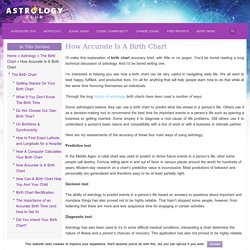 You’d be bored reading a long technical discussion of astrology. And I’d be bored writing one. I’m interested in helping you see how a birth chart can be very useful in navigating daily life. Creation & Activation / Sigil Daily. Sigil creation is a fantastic introduction into chaos magick, and a good way to begin your exploration of occult concepts. 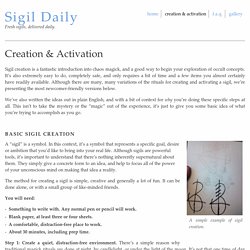 It’s also extremely easy to do, completely safe, and only requires a bit of time and a few items you almost certainly have readily available. Although there are many, many variations of the rituals for creating and activating a sigil, we’re presenting the most newcomer-friendly versions below. We’ve also written the ideas out in plain English, and with a bit of context for why you’re doing these specific steps at all. This isn’t to take the mystery or the “magic” out of the experience, it’s just to give you some basic idea of what you’re trying to accomplish as you go. Basic Sigil Creation. Introduction to Tarot Cards. Tarot Class by Michele Introduction to the Tarot The course will be generic in nature and will not be keyed to any specific deck. 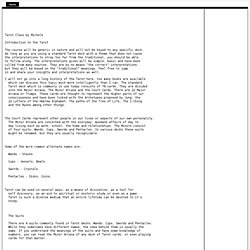 As long as you are using a standard Tarot deck with a theme that does not cause the interpretations to stray too far from the traditional, you should be able to follow along. The interpretations given will be simple, basic and have been culled from many sources. They are by no means "the correct" interpretations, but they will be based on the "traditional" meanings. Feel free to jump in and share your insights and interpretations as well. I will not go into a long history of the Tarot here, too many books are available which can discuss this topic much more intelligently than I can. Discovering your individual mission. 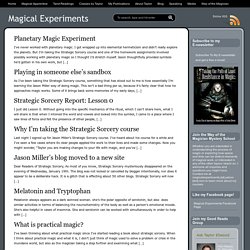 I got wrapped up into elemental hermeticism and didn’t really explore the planets. But I’m taking the Strategic Sorcery course and one of the homework assignments involved possibly working with planetary magic so I thought I’d stretch myself. Jason thoughtfully provided symbols he’d gotten in his own work, but […] Numerology. Alchemy Videos. Alchemy. The Deep Secrets of Saturn - Forbidden Alchemy of The Gods. Music and Sacred Geometry. In the Brahma Samhita story written in Sanskrit the first born son of the creator god is called Narada which means Music. 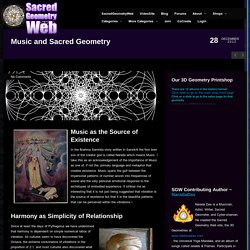 I take this as an acknowledgement of the importance of Music as one of, if not the, primary language and metaphor that creates existence. Music spans the gulf between the impersonal patterns of number woven into frequencies of sound and the very personal emotional response to the archetypes of embodied experience. It strikes me as interesting that it is not just being suggested that vibration is the source of existence but that it is the beautiful patterns that can be perceived within the vibrations ! Since at least the days of Pythagorus we have understood that harmony is dependent on simple numerical ratios of vibration. The revival of an ancient science. At the other end of the scientific spectrum of contemporary science an ancient science is being restored. 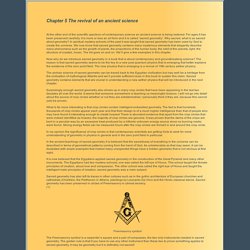 For ages it has been preserved carefully. It is more or less an art form and it is called ‘sacred geometry’. Why sacred, what is so sacred about geometry? In spiritual mystery-schools of the past it was taught that sacred geometry has been used by God to create the universe. We now know that sacred geometry contains many mysterious elements that elegantly describe many phenomena such as the growth of plants, the proportions of the human body, the orbit of the planets, light, the structure of crystals, music. The Miracle of 528 Hz Solfeggio & Fibonacci Numbers. Solfeggio tones create music to calm an overactive mind and send us towards connecting with the divine. 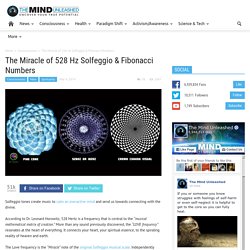 According to Dr. Leonard Horowitz, 528 Hertz is a frequency that is central to the “musical mathematical matrix of creation.” More than any sound previously discovered, the “LOVE frequency” resonates at the heart of everything. The Science Of Entanglement & The Illusion Of Separation – SAND 2014. With great gratitude I found myself with like-minded scientists and thought leaders at this year’s Science and Nonduality Conference (SAND) where a common ground was sought between neuroscientists, physicists and the consciousness community. 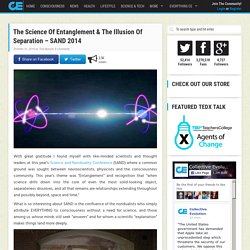 This year’s theme was “Entanglement” and recognition that “when science drills down into the core of even the most solid-looking object, separateness dissolves, and all that remains are relationships extending throughout and possibly beyond, space and time.” What is so interesting about SAND is the confluence of the nondualists who simply attribute EVERYTHING to consciousness without a need for science, and those among us whose minds still seek “answers” and for whom a scientific “explanation” makes things land more deeply. Qabalah for the Rest of Us Lon Milo Duquette full length HQ Esoteric Online. Understanding Magik, Tarot, & The Universe. Bernardo's presentation at "Sages and Scientists 2014" Scientific and Spiritual Implications of Psychic Abilities - Russell Targ. Wake Up and Mutate. Shoaling. LIBER32 #reprogramself.

Related:  The Alchemy Web Site   -  The revival of an ancient science   -  Education   -  Enterprise