John Kenneth Muir's Reflections on Cult Movies and Classic TV. Moon Magic - Moon Phases. Moon Magic The Moon is the astronomical body closest to us and, therefore, has a profound influence upon us, it is very important to choose a time when the Moon is in an astrological sign which is appropriate for your working. 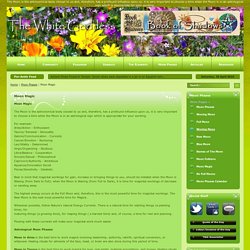 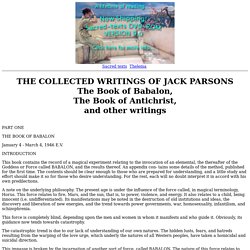 This book contains the record of a magical experiment relating to the invocation of an elemental, the thereafter of the Goddess or Force called BABALON, and the results thereof. An appendix con- tains some details of the method, published for the first time. The contents should be clear enough to those who are prepared for understanding, and a little study and effort should make it so for those who desire understanding.

47th PROBLEM OF EUCLID - What is the meaning of this Masonic Symbol? Most Masonic books, simply describe it as "A general love of the Arts and Sciences". 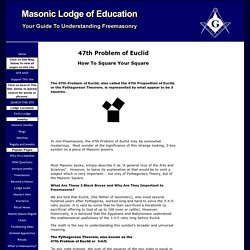 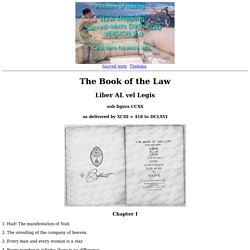 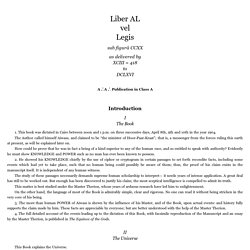 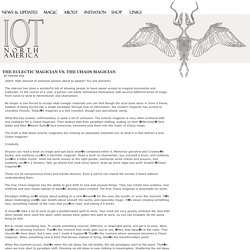 You are warned!) The internet has done a wonderful job of allowing people to have easier access to magical documents and materials. In the course of a year, a person can easily familiarize themselves with several different kinds of magic from runes to tarot to Hermeticism and shamanism. No longer is one forced to accept what meager materials one can find though the local book store or from a friend.

Instead of being forced into a single paradigm through lack of information, the modern magician has access to countless choices. Liber MMM Download Page. Silence as a Privilege. Privilege is an increasingly common idea in political parlance, describing unearned circumstances affecting outcomes between groups. 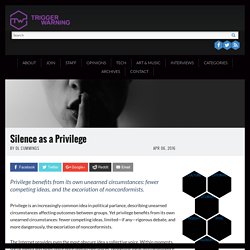 Yet privilege benefits from its own unearned circumstances: fewer competing ideas, limited—if any—rigorous debate, and more dangerously, the excoriation of nonconformists. The Internet provides even the most obscure idea a collective voice. Within moments, social media and blogs unite once unmatched voices, propelling ideas into prominence. The Dark Ages Were Caused By Two Enormous Volcanic Eruptions. In 536 CE, the Byzantine historian Procopius wrote of a thick fog that suffocated the sun and plunged all of the Mediterranean into a year of cold and darkness. 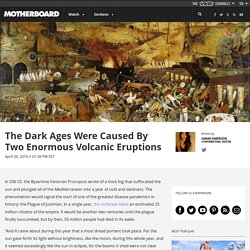 The phenomenon would signal the start of one of the greatest disease pandemics in history: the Plague of Justinian. In a single year, the outbreak killed an estimated 25 million citizens of the empire. It would be another two centuries until the plague finally succumbed, but by then, 50 million people had died in its wake. Freemasons, Secret Societies, Conspiracies, Consciousness & the Hidden Masters: An Interview with Gary Lachman. An overlooked but powerful current is flowing in our time. 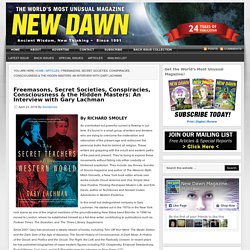 It’s found in a small group of writers and thinkers who are trying to overcome the materialism and rationalism of the present age and rediscover the perennial truths that lie behind all religion. These writers are grappling with the occult and esoteric paths of the past and present. They’re trying to explore these movements without falling into either credulity or blinkered scepticism. They include Jay Kinney, founder of Gnosis magazine and author of The Masonic Myth; Mitch Horowitz, a New York book editor whose own works include Occult America and One Simple Idea: How Positive Thinking Reshaped Modern Life; and Erik Davis, author of TechGnosis and Nomad Codes: Adventures in Modern Esoterica. Groupname for Grapejuice: A short note on Tactics. The history of the gay subtext of Batman and Robin. DC Comics Freely adapted from The Caped Crusade: Batman and the Rise of Nerd Culture by Glen Weldon, out now from Simon and Schuster. 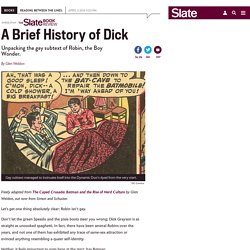 Let’s get one thing absolutely clear: Robin isn’t gay. Islamic State - ISIS and Taliban jihadis mass for huge invasion of ex Soviet states. Huge numbers of Islamist fighters are massing on Afghanistan's northern border ready to march into neighbouring states, Russian intelligence officials have revealed. Moscow's spy chief Alexander Bortnikov warned fighters from the Taliban, many of whom have pledged allegiance to ISIS, were heavily armed and prepared to pass through porous border controls. Speaking at a meeting of special services from the Commonwealth of Independent States, he warned: "The international community has now hit a new geopolitical challenge, an international criminal group in the name of the Islamic State. "This project, which grew out of the ‘Arab Spring,’ has gained momentum thanks to the double standards of certain world regional powers by using ‘a terrorist battering ram’ to reach their own strategic goals in Asia and Africa.

"The escalation in tensions in Afghanistan has brought on serious dangers. ISIS has been looking to grow its presence in Asia and has active cells in India, Pakistan and Malaysia. The Second Machine Age, Reviewed by Paul Starr. Gordon’s pessimism is extreme. Now in his seventies, he has been disparaging the economic gains from new technology for years, and he sees no evidence to change his views. In one of the more remarkable claims ever made in the social sciences, he declares that “future advances in medicine related to the genome have already proved to be disappointing.” The future has already been a disappointment: in a nutshell that sums up a strain of disillusionment in contemporary thought with what many regard as the unfulfilled promise of technology to make us all more prosperous.

But that promise still has its believers, and they have a case. Books by business school professors can usually be counted on to give a cheerful view of technological innovation, and Erik Brynjolfsson and Andrew McAfee’s book mostly conforms to that stereotype until it turns in its later chapters to the uncomfortable fact of rising inequality. Ahmad Yusni/AFP/Getty Images. Capitalism is a Death Cult and Science is a Whore – GODS & RADICALS. What could be called the “pagan mindset” might instead be referred to as a “radical consciousness.” I don’t call myself a Pagan(I see myself as a Gnostic and an Occultist) however in my line of work I’ve seen enough to know that the powers and divinities served by those who deem themselves as such are very real; Just because I don’t happen to work with them doesn’t mean I doubt their existence.

Regarding metaphysical belief usually I have much more in common with a polytheist than a monotheist anyway. It’s two totally different worldviews. The pagan mindset was not merely an outlook but a whole nest of belief structures that pervaded even under the iron rule of The Church: It was the reason you left food out for the Dead, why you didn’t cut down some trees, why you could put a Saint’s statue upside down to make him behave if he didn’t do what you wanted. ” Wyrd literally means ‘that which has turned’ or ‘that which has become’.

Evangelicals are a minority. Because… God is Dead Enter Marx. Babylonian and Assyrian Demonology. Virtually all cultures have believed in good and evil spirits at some point. The belief dates back to Babylonian and Assyrian religions, predating Judaism. There are generally 2 types of evil spirits: Departed human spirits – Spirits of humans that died were thought to haunt the living. These spirits could be friendly or hostile, depending on the nature of their death or burial and whether they return to haunt friends or strangers. In some cases, a spirit of a friend or loved one could turn hostile after death. Project Gutenberg Self-Publishing - eBooks. RUSSIA TO DRAFT NEW FOREIGN POLICY STRATEGY: EMPHASIS? MULTI-POLARISM. In the light of yesterday's blog about Russian sleeper cells in Europe, Mr. V.T. shared this article on Russia's attempts to reformulate its general foreign policy agendas, and it's worth passing along, for Russia has been very busy on the world stage lately (as we'll also see tomorrow).

This is from Russia's Sputnik English language online magazine, so bear that in mind as you assess what it is saying: Putin Instructs Foreign Ministry to Develop New Foreign Policy Framework.