This Newly Declassified Video of the US Testing Chemical Weapons Is Insane. It's no secret that the United States is one of the few countries in the world to have used chemical and biological weapons. 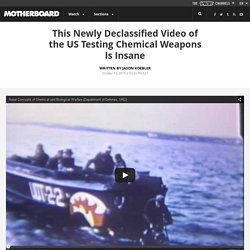 But it's still surprising to watch this newly declassified video, which talks at length about the Navy's development and testing of biological and chemical weapons, including two large-scale tests on the California and Carolina coasts. Read More: Growing Up With Nerve Gas The 1952 video, called "Naval Concepts of Chemical and Biological Warfare," appears to be a training video produced by the US Naval Photographic Center. It details at length "offensive biological and chemical warfare" tactics and capabilities of the Navy, and features footage from two specific tests carried out with non-pathogenic agents in the United States. The video’s narrator does not say what specific chemicals were used in the tests but notes that they are stand-ins for biological weapons. SynchroMiss planted on Earth, here to share with you, my downloads, intel & code cracking, integrating the Art of Synchronicity.

Actress Kristen WIIG always seems to be associated with symbols that tie in with the zodiac sign of CANCER, the CRAB. 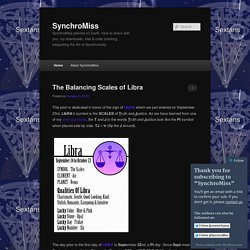 In one of my previous posts, I wrote about the sign of CANCER. In this particular post, I also mention Kristen WIIG. Let’s explore this further. Check out Cancer Codes for more on the zodiac sign, as well as additional codes relating to Kristen WIIG. In the DeSPicaBULL Me film series that premiered under the sign of CANCER, Kristen WIIG stars in both but as different characters (Miss Hattie, and agent Lucy Wilde). The Cryptic Cosmology of Synchromysticism. Synchromysticism is an emerging field of study and subculture existing on the fringe of areas already considered fringe  primarily mysticism and Jungian psychology. 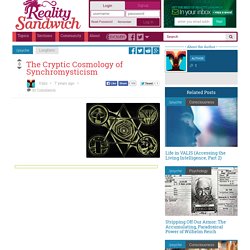 The word was coined by Jake Kotze in August of 2006 for an article posted on his website Brave New World Order, who defined it as: "The art of realizing meaningful coincidence in the seemingly mundane with mystical or esoteric significance. " As Kotze recalled in an email: "I needed something to explain a way of investigating subjects with synchronicities and the word seemed to fit… My biggest inspiration for this kind of thinking and investigating came from Goro Adachi at Etemenanki. Goro calls his research multi-contextual. " The synchromysticism research Jake Kotze publishes on his websites include information-dense videos, artwork and articles punctuated by images illustrating various mystic/pop culture linkages. 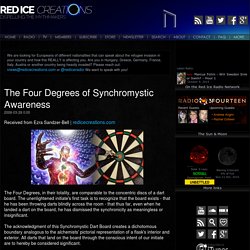 The unenlightened initiate's first task is to recognize that the board exists - that he has been throwing darts blindly across the room - that thus far, even when he landed a dart on the board, he has dismissed the synchronicity as meaningless or insignificant. The acknowledgment of this Synchromystic Dart Board creates a dichotomous boundary analogous to the alchemists' pictorial representation of a flask's interior and exterior. All darts that land on the board through the conscious intent of our initiate are to hereby be considered significant. Like a dart board, the novice will begin play at a low to medium skill level. Explanation of each layer, from Outer circle to Inner Circle: The Strange Synchromysticism Of Seth MacFarlane's Family Guy.

Either you love Family Guy, or you loathe it. 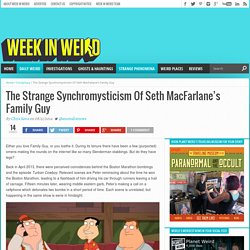 During its tenure there have been a few (purported) omens making the rounds on the internet like so many Slenderman stabbings. But do they have legs? Back in April 2013, there were perceived coincidences behind the Boston Marathon bombings and the episode Turban Cowboy. Relevant scenes are Peter reminscing about the time he won the Boston Marathon, leading to a flashback of him driving his car through runners leaving a trail of carnage. Fifteen minutes later, wearing middle eastern garb, Peter’s making a call on a cellphone which detonates two bombs in a short period of time. Making these kinds of connections, understanding the universe is associative, not causative, is just one aspect of fortean research where one measures a circle beginning anywhere. 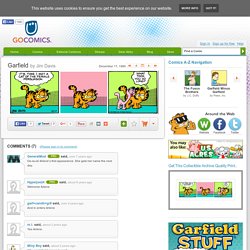 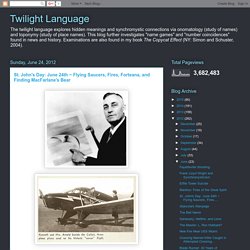 John’s Day. The modern era of "flying saucers" began with Kenneth Arnold's 1947 sighting on this date of unidentified flying objects seen flying at supersonic speeds between his plane and Mt. Rainier, Washington. Arnold reported the nine discs then flew off towards Mt. Adams, in the distance. Some previous events on this day include: Knights Templars displayed “Mysterious Head” at Poitiers (1308). Pieces of a meteor, estimated to have weighed 450 metric tons when it hit the Earth's atmosphere and exploded, landed (1938) near Chicora, Pennsylvania. Arthur Brown ("Fire," 1942 or 1944, both are reported) born.

Related:  Speculating about AI & its Progress   -  Thoughts of Being Alive   -  The Story of Human Language   -  Education   -  Enterprise