20+ Photos That Prove 2015 Wasn’t The Worst Year After All. 2015 is almost over, and while many in the media have focused on the negative, readers of Bored Panda know that there were many good things that happened this year. 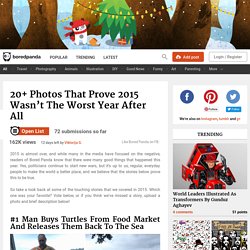 Yes, politicians continue to start new wars, but it's up to us, regular, everyday people to make the world a better place, and we believe that the stories below prove this to be true. So take a look back at some of the touching stories that we covered in 2015. Which one was your favorite? Vote below, or if you think we've missed a story, upload a photo and brief description below! Show 52 more Add Image Recent submissions to this list Woman Crochets Wigs For Girls Battling Cancer These Retired Builders Volunteer Their Time To Build Homes For Washington Wildfire Survivors. This Baseball Coach Offered His Own Kidney To Save His Littlest Player's Life. 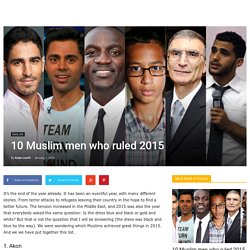 It has been an eventful year, with many different stories. From terror attacks to refugees leaving their country in the hope to find a better future. The tension increased in the Middle East, and 2015 was also the year that everybody asked the same question: Is the dress blue and black or gold and white? But that is not the question that I will be answering (the dress was black and blue by the way).

We were wondering which Muslims achieved great things in 2015. 1. 2015 is the year that the singer and producer brought electricity to 600 million people in Africa. He created the Akon Lighting Africa (ALA) initiative in 2014 after finding out that 85% of the continent had no electricity generating plants and no energy grid. 2. 2015 was also the year that a young boy got arrested for his talent. Many people showed their support, like Mark Zuckerberg, Obama and many others. 3.

DIY Ways to Decorate a Blank Canvas - Canvas Decorating Crafts. 10 Beautiful Lantern Crafts That Kids Can Make. Boy Birthday Party Ideas and Supplies. For Addie Tinholt's 8th birthday, she wants to sponsor a Syrian refugee family. Addie Tinholt asked for something a little different for her eighth birthday this week. 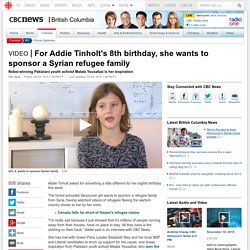 The home-schooled Vancouver girl wants to sponsor a refugee family from Syria, having watched videos of refugees fleeing the wartorn country shown to her by her mom. Canada falls far short of Harper's refugee claims "I'm really sad because it just showed that it's millions of people running away from their houses, have no place to stay. All they have is the clothing on their back," Addie said in an interview with CBC News.

She has met with Green Party Leader Elizabeth May and her local NDP and Liberal candidates to drum up support for her cause, and draws inspiration from Pakistani youth activist Malala Yousafzai, who won the Nobel Peace Prize last year at age 17 for her advocacy on behalf of girls' and women's education. "More than 50 per cent of the Syrian refugees are children who have lost everything," Addie said. Watch her full story here or above. Several years ago, I had seen a meme style image of text that made up shortened Hadith. 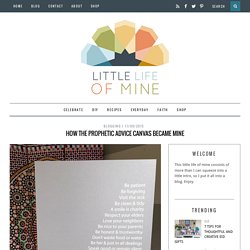 Naturally, I was very much drawn to it for its simplicity in design and meaning of the words. Fast forward to a few months ago, a friend shared an image of a t shirt that had the same text on it. How To Arm-Knit An Infinity Scarf In Just 30 Minutes! Can you believe it is November already, where has this year gone? 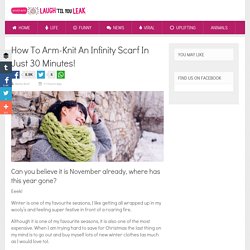 Eeek! Winter is one of my favourite seasons, I like getting all wrapped up in my wooly’s and feeling super festive in front of a roaring fire. Although it is one of my favourite seasons, it is also one of the most expensive. When I am trying hard to save for Christmas the last thing on my mind is to go out and buy myself lots of new winter clothes (as much as I would love to). Big, beautiful scarves are all the rage, and they are great for keeping your face and neck warm. Starting by twisting the wool round your fingers, the first knots are formed. You use your hands, fingers and wrists as the piece develops. No needles or tools. All the hard work pays off as the final result is revealed. Her video has already racked up over a staggering 9 million views, and it is not hard to see why when you start watching. Fatima Al Samarqandi. ALADDIN MAGIC CARPET PRANK. Imagine The Possibilities. 10 words stuck with Mr. Sonnier for 15 years. They turned him from janitor to principal.

There's that person in life that says something to you and it stays with you forever. 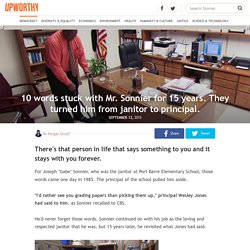 For Joseph "Gabe" Sonnier, who was the janitor at Port Barre Elementary School, those words came one day in 1985. Reach for the stars. Onesie bee. Apprendre. #CaringChallenge.