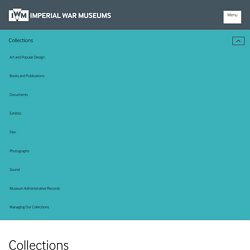 They were intended to record the 'toil and sacrifice' of every individual affected by war. Our collections stretch from the everyday to the exceptional. They contain some of the most important technical, social, economic, political, personal and cultural artefacts relating to Britain and its role in twentieth-century conflict. The scale, depth, breadth and range of media – art, film photographs, sound, new media, writings and objects – contain the reactions, memories and stories of the whole of society.

Alongside the material that has been commissioned or created for official or military purposes are the personal responses to eye-witnessed events and the tokens that ordinary people have given to IWM so that their experience of war, or that of their family, can be passed on to future generations. Wartime diary: Corporal Jim Marsh 1681892. Wartime diary: Corporal Jim Marsh 1681892 We left RAF Station Wilmslow on Monday November 9 1942 and marched with full kit to Wilmslow railway station. 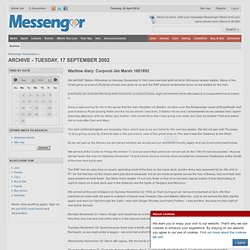 Many of the locals gave us a send off plenty of beer was given to us and the RAF played sentimental tunes as we waited for the train. Eventually we boarded the troop train bound for Liverpool Docks, eight servicemen were allocated to a compartment and locked in. It was a sad journey for me in the sense that the train travelled via Skelton Junction over the Bridgewater canal at Broadheath and past Salisbury Road playing fields and the house where I was born, 5 Balfour Road and I remembered as we passed how I spent Saturday afternoon with my father and mother. I did not tell them that I was going over seas, but I told my brother Fred and asked him to look after Dad and Mam. The train pulled alongside our troopship Orion which was to be our home for the next two weeks. 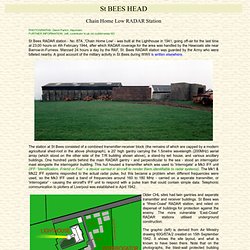 Malta-appendix. 14guly. Radar in World War II. Both the Allies and Axis powers used radar in World War II, and many important aspects of this conflict were greatly influenced by this revolutionary new technology.[1] The basic technology of radio-based detection and tracking evolved independently and with great secrecy in a number of nations during the second half of the 1930s.[2] At the start of the war in Europe in September 1939, both Great Britain and Germany had begun the deployment of these systems. 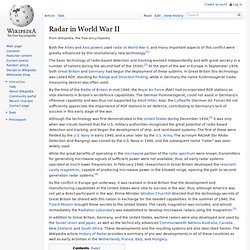 In Great Britain this technology was called RDF, standing for Range and Direction Finding, while in Germany the name Funkmessgerät (radio measuring device) was often used. By the time of the Battle of Britain in mid-1940, the Royal Air Force (RAF) had incorporated RDF stations as vital elements in Britain's air-defence capabilities. 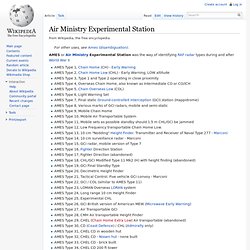 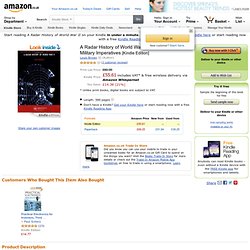 "this book should also teach something to even the most knowledgeable. No other history of radar discusses every country's program. Equally unique is Brown's treatment of both the technological development and combat uses of radar. And topping it off, he wraps everything in a highly readable package. " Product Description. Search results:Peschici. Air Ministry and Ministry of Defence: Operations Record Books, Miscellaneous Units. WW2 PROBLEMS and TECHNICAL ADVANCES. Above all else, those at the front matter more than any other units acting as combatants engaged in the destruction of the nations enemies: combatants of course include the SOE and the various Allied resistance' and anybody within smelling distance of a German, Italian or Japanese combatant. 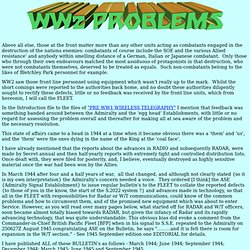 Only those who through their own endeavours matched the most assiduous of protagonists in that destruction, who were not combatants themselves, deserved to be treated as equals. Such non-combatants belong to the likes of Bletchley Park personnel for example. WW2 saw those front line personnel using equipment which wasn't really up to the mark. Whilst the short comings were reported to the authorities back home, and no doubt these authorities diligently sought to rectify these defects, little or no feedback was received by the front line units, which from hereonin, I will call the FLEET.