An Interview with Dr. Richard Gaffin on the Ridderbos Legacy. Ordained Servant Online. A New New Testament? A Buddhist monk, a rabbi, a nun, and a Protestant professor walk into a bar… If it weren’t so sad, it might be a good set-up for a joke. 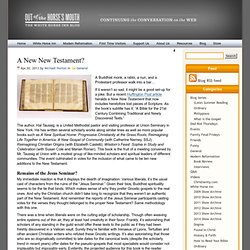 But a recent Huffington Post article heralds a New New Testament that now includes heretofore lost pieces of Scripture. As the book’s subtitle has it: “A Bible for the 21st Century Combining Traditional and Newly Discovered Texts.” The author, Hal Taussig, is a United Methodist pastor and visiting professor at Union Seminary in New York. He has written several scholarly works along similar lines as well as more popular books such as A New Spiritual Home: Progressive Christianity at the Grass Roots; Reimagining Life Together in America: A New Gospel of Community (with Catherine Nerney, SSJ); Reimagining Christian Origins (with Elizabeth Castelli); Wisdom’s Feast: Sophia in Study and Celebration (with Susan Cole and Marian Ronan).

Summer Institute. The RZIM Summer Institute is an opportunity for you to experience a week filled with life-changing conversations, inspiring talks, and meaningful worship. 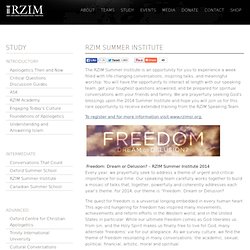 You will have the opportunity to interact at length with our speaking team, get your toughest questions answered, and be prepared for spiritual conversations with your friends and family. We are prayerfully seeking God’s blessings upon the 2014 Summer Institute and hope you will join us for this rare opportunity to receive extended training from the RZIM Speaking Team. The Arrest, Trial, & Crucifixion of Jesus. Review: Inerrancy And The Gospels - The Gospel Coalition. Vern Poythress, Inerrancy and the Gospels: A God-Centered Approach to the Challenges of Harmonization. 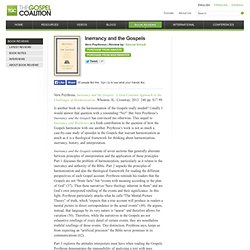 The Works of John Frame and Vern Poythress. How to Make Your Resolutions Stick. There's nothing biblical about new year's resolutions, which is why I've always felt a certain freedom about them. Largely, that freedom has been expressed by ignoring them come February 1 or so, as most people tend to do. But in the years that I don't fail miserably, I'm always grateful for accomplishing them. The new year is a great time to start fresh. Many of us will make familiar resolutions about diet, exercise, Bible study, prayer, and money. John Calvin: A Heart for Devotion, Doctrine, and Doxology: Burk Parsons - Book - Theology, Basic Reformed Theology, Church History, Biography. Summary In celebration of the five hundredth anniversary of John Calvin’s birth (2009), Burk Parsons, editor of Tabletalk magazine and associate minister at St. 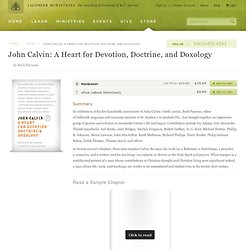 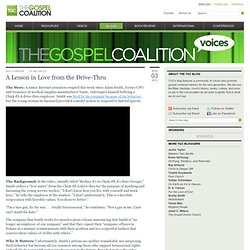 Smith was fired by his company because of his behavior, but the young woman he harassed provided a model in how to respond to hateful speech. If You Are in Christ, God Will Never Regret Saving You.

Reading the Bible in 2013. Do you want to read the whole Bible? If the average person reads 200 to 250 words per minute, and if there are about 775,000 words in the Bible, then it would take less than 10 minutes a day to read the whole Bible in a year. (Those who want to bore into the details of how long it takes to read each book of the Bible can visit howlongdoesittaketoreadthebible.com ). Audio Bibles are usually about 75 hours long, so you can listen to it in just over 12 minutes a day. 3801 Lancaster. Martin Luther on How to Say Amen. What Does the President of the United States Believe about Infants Born Alive after a Botched Abortion?

USA TODAY. The Truly Evangelical Type of Piety. A Dialogue between a Believer and His Soul. The Church Is Subordinate to the Word (And Not the Other Way Around) Nature and Scripture. Extend the Same Grace You Preach. On Priests, Diversity and Insanitary Bears. It is reported that a campaign is underway to remove from the campus of George Washington University a Roman Catholic priest who has had the temerity to..... uphold his church's teaching on homosexuality and abortion. 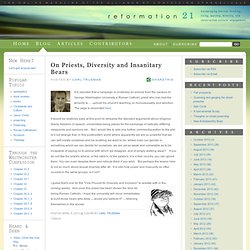 The saga is recounted here. It would be relatively easy at this point to rehearse the standard arguments about religious liberty, freedom of speech, universities being places for the exchange of radically differing viewpoints and opinions etc. How Can an Infinite Hell Be Just When Our Sins Are Finite? by R.C. Sproul Jr. The wisdom of this question, I would argue, is that it gets at the real horror of hell. 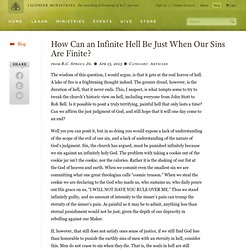 A lake of fire is a frightening thought indeed. The greater dread, however, is the duration of hell, that it never ends. This, I suspect, is what tempts some to try to tweak the church’s historic view on hell, including everyone from John Stott to Rob Bell. Is it possible to posit a truly terrifying, painful hell that only lasts a time? Can we affirm the just judgment of God, and still hope that it will one day come to an end? Well yes you can posit it, but in so doing you would expose a lack of understanding of the scope of the evil of our sin, and a lack of understanding of the nature of God’s judgment. PrCRT 2011 - Alliance of Confessing Evangelicals, Inc. All of us experience suffering in some way, at some time. 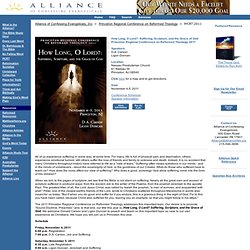 For many, life is full of physical pain and deprivation; others experience emotional turmoil; still others suffer the loss of friends and family to sickness and death. Indeed, it is no accident that many Christians throughout history have referred to life as a "vale of tears. " Rapper calls out Osteen, prosperity preachers. Christian rapper Shai Linne of Lamp Mode Recordings released a song Friday that calls out prosperity gospel preachers by name, including Joel Osteen, Joyce Meyer, T.D. 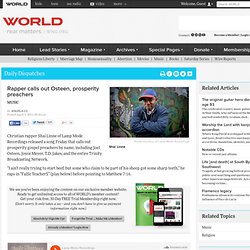 Jakes, and the entire Trinity Broadcasting Network. “I ain’t really trying to start beef, but some who claim to be part of his sheep got some sharp teeth,” he raps in “Fal$e Teacher$” (play below) before pointing to Matthew 7:16. We see you’ve been enjoying the content on our exclusive member website. Ready to get unlimited access to all of WORLD’s member content? Get your risk-free, 30-Day FREE Trial Membership right now. The song is on Linne’s upcoming album Lyrical Theology Part 1, and has riled up the Christian blogosphere, especially as the song names 12 pastors followed by “is a false teacher!” In a video on Lamp Mode’s YouTube channel (see below), Linne explained he didn’t write the song to cause controversy, but to address an issue in the American church now spreading overseas. Come Thou Fount. We Watch and Are Watched. 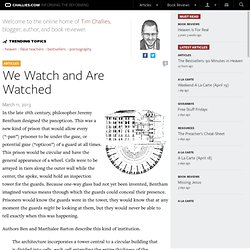 A La Carte (3/11) Sex in the Sermon - Melissa Kruger writes about the Bible’s frank discussions of sexuality. “While parents have a clear duty to initiate these discussions with their children, they also need the church to provide repeated input and guidance. Deliberate preaching of the ‘whole counsel of God’ (Acts 20:27) will naturally encourage parents to continue these important conversations. God’s Word is not prudish about sexuality. Preaching the Word Now Available on ESVBible.org. In recent weeks Crossway’s web developers have made several improvements to ESVBible.org, including a significantly updated interface.

One of the new features the site now offers is integration with Crossway’s Preaching the Word commentaries. Preaching the Word is a popular commentary series written by skilled Bible teachers, with R. Hymn Stories: Rock of Ages. Augustus Toplady was born in England in 1740. His father was a Royal Marine and died on duty soon after his son’s birth, leaving the boy to be raised by his mother. Toplady had an interest in religion during his younger years, and showed this in spiritual journals and moralistic behavior.