5-Hour Rule: If you’re not spending 5 hours per week learning, you’re being irresponsible. “In my whole life, I have known no wise people (over a broad subject matter area) who didn’t read all the time — none. 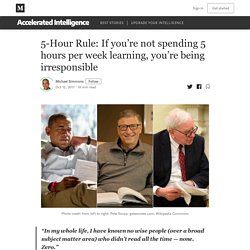 Zero.” — Charlie Munger, Self-made billionaire & Warren Buffett’s longtime business partner Why did the busiest person in the world, former president Barack Obama, read an hour a day while in office? Why has the best investor in history, Warren Buffett, invested 80% of his time in reading and thinking throughout his career? Why has the world’s richest person, Bill Gates, read a book a week during his career? And why has he taken a yearly two-week reading vacation throughout his entire career? Weather. Liz Obert: Dualities looks at the hidden and visible worlds of people living with mental illness (PHOTOS).

Liz Obert For many years, Liz Obert woke up, got dressed, went to work, and acted as if everything was fine. 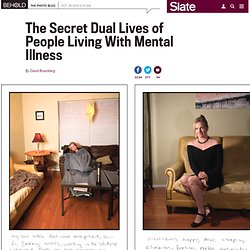 Once she returned home, however, she found herself lying around depressed, feeling hopeless and full of dread. Diagnosed in her early 20s with depression, Obert said she tried therapy and medication, but nothing seemed to work until around five years ago when a psychiatrist diagnosed her with bipolar II disorder and put her on mood stabilizers. Although she’s had a few medication tweaks since then—“that’s kind of the life of someone who has bipolar”—Obert said she has for the most part been in a good place. Obert feels the dual life she led for so long isn’t unique for people who suffer from mental illnesses and who “must mask their symptoms in order to function in the outside world.” In 2013, she decided to begin a series that dealt with the realities of what it means to put on a brave face while simultaneously coping with forms of depression.

11 Surprising Reasons You're Gaining Weight. Taking care of your body, staying fit and eating well are top priorities for having a long healthy life. 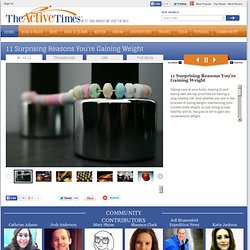 And whether you are in the process of losing weight, maintaining your current body weight, or just trying to stay healthy and fit, the goal is not to gain any unnecessary weight. One day, we may step on the scale and see that the number has increased. It doesn’t make sense. We’ve seemingly been eating properly, working out regularly and trying to stay fit. But, sometimes there are reasons for weight gain that go unnoticed. These shocking and surprising reasons people gain weight happen every day. Brian Tracy’s Maximum Achievement : The 7 Laws of Mental Mastery. Brian Tracy breaks it down and says there are two types of laws in the universe: man-made laws and natural laws. 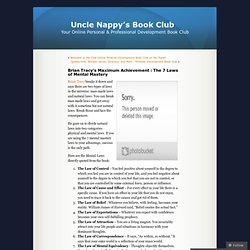 You can break man made laws and get away with it sometime but not natural laws. Break those and face the consequences. He goes on to divide natural laws into two categories: physical and mental laws. If you are using the 7 mental mastery laws to your advantage, success is the only path. Here are the Mental Laws directly quoted from the book: The Law of Control – You feel positive about yourself to the degree to which you feel you are in control of your life, and you feel negative about yourself to the degree to which you feel that you are not in control, or that you are controlled by some external force, person or influence.The Law of Cause and Effect – For every effect in your life there is a specific cause. Related Posts. Chris Barnes: Repurposing Ideas: 5 New Uses For Jeans. 9 Ridiculously Easy Ways To Stop Being A Slob At Home In 2014 (PHOTOS) If you weren't born with the organizing gene, you've probably surveyed the pile of clothing where your bedroom floor used to be and have said: "This year, I will stop doing this. 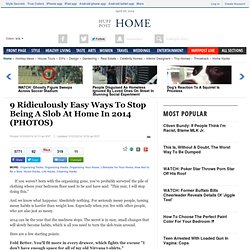 " And we know what happens: Absolutely nothing. For seriously messy people, taming messy habits is harder than weight loss. Especially when you live with other people, who are also just as messy. 2014 can be the year that the madness stops. The secret is in easy, small changes that will slowly become habits, which is all you need to turn the slob train around. This Is How You Should Be Shampooing Your Hair.

English Isn't As Easy As You Think. This Guy Nails It. You think English is easy? 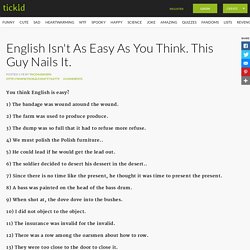 1) The bandage was wound around the wound. 2) The farm was used to produce produce. Where It All Went Wrong - Features. Like ghosts rising out of a Confederate cemetery, Atlanta’s past lapses in judgment haunt the region today, leaving a smoky trail of suburban decay, declining home values, clogged highways, and a vastly diminished reputation. 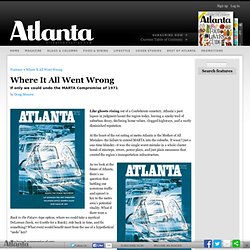 At the heart of the rot eating at metro Atlanta is the Mother of All Mistakes: the failure to extend MARTA into the suburbs. OddCrunch. This Guy Got Divorced And Said This About His Ex-Wife... 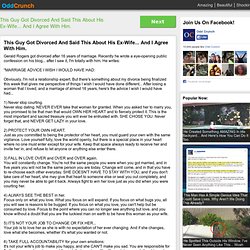 And I Agree With Him. Gerald Rogers got divorced after 16 years of marriage. Recently he wrote a eye-opening public confession on his blog... after I saw it, I'm totally with him. Brenda Hayes.