Is Montserrat finally coming alive again? More than 23 years after a huge volcanic eruption left this island nation all but abandoned, Montserrat is ever-so-gradually finding its feet as one of the Caribbean’s most appealing destinations. 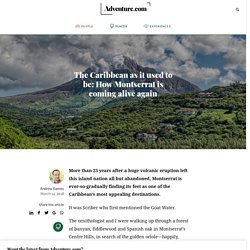 It was Scriber who first mentioned the Goat Water. The ornithologist and I were walking up through a forest of banyan, fiddlewood and Spanish oak in Montserrat’s Centre Hills, in search of the golden oriole—happily, easily spotted. Conversation then turned, inevitably, to the elephant in the room: The impact on his island after the massive eruption of the Soufrière Hills volcano, some 23 years previously. This verdant 40-square-mile British Overseas Territory, which lies 34 miles southwest of Antigua in the Caribbean, had been sauntering comfortably along, enjoying something of a mini tourism boom—until that eruption.

Workload and Wellbeing Checklist. Seven ways to tackle the primary pupil refusing to do anything. When it comes to dealing with a pupil who refuses regularly, you don’t need me to tell you that there’s no magic bullet. 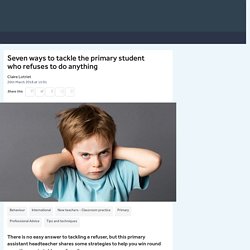 We’ve all been there – and if you haven’t yet, then at some point you probably will be. Every refuser is refusing different things for different reasons. However, here are some general strategies that might help you out the next time you find yourself faced with a refuser. 1. Embrace the power of ‘and yet’ I learned this one from our school counsellor and it can be effective when dealing with a pupil (or an adult!) 2. This strategy was shared with me on a course based around cognitive behavioural therapy (CBT), which is the idea that our thoughts dictate our feelings, which in turn control our behaviour. 3. This is a fine line. 4. Sometimes taking the focus away from the immediate issue for a short period of time can be more effective in the long term.

Is there a north-south divide in England's schools? Image copyright Getty Images Children in the north of England are finishing school with poorer grades and are less likely to go on to further education. 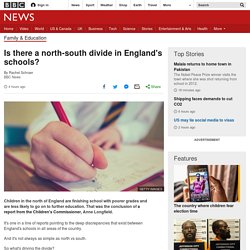 That was the conclusion of a report from the Children's Commissioner, Anne Longfield. It's one in a line of reports pointing to the deep discrepancies that exist between England's schools in all areas of the country. And it's not always as simple as north vs south. Fun ideas for geography models.

Ever need proof about how we've changed the Earth? Check out what it looks li... Amazing SPaG Strategies Every Teacher Needs to Know. An article by Richard James Rogers Illustrated by Sutthiya Lertyongphati As an author for the Times Educational Supplement teacher resources site, I was very excited to receive this month’s Author Newsletter. 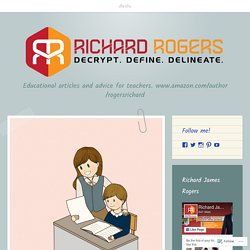 In it was a breakdown (the first of its kind), of all of the resources that are in the highest demand at different points in the year. For April, SPaG (meaning Spelling, Punctuation and Grammar) resources were listed as being bestsellers, indicating that demand for SPaG tips is high at this time of the year. For those readers who are teaching a non-British curriculum, you may not be aware that SPaG tests are now compulsory in England at the end of Key Stage 1 (Ages 6-7) and Key Stage 2 (Ages 8-11).

However, as a teacher who’s teaching Science and Mathematics through the medium of English, I vehemently believe that good SPaG teaching is the responsibility of all educators, whether you’re teaching small children, teens or adults. Tested and highly effective. Play vocabulary games Splat. Differentiation: The Magic Tool of Teaching. An article by Richard James Rogers Illustrated by Sutthiya Lertyongphati It was an unusually hot September morning. 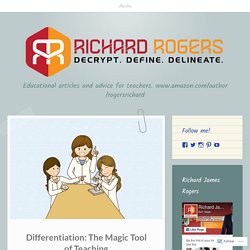 The year was 2005, and this was the first lecture I would receive at Bangor University’s prestigious School of Education. Unpicking Pupil Premium. The 15 Minute Forum tonight was led by Kate Blight and Chloe Gardner. 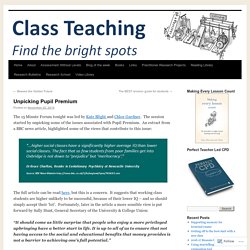 The session started by unpicking some of the issues associated with Pupil Premium. An extract from a BBC news article, highlighted some of the views that contribute to this issue: The full article can be read here, but this is a concern. It suggests that working class students are higher unlikely to be successful, because of their lower IQ – and so should simply accept their ‘lot’. Fortunately, later in the article a more sensible view is put forward by Sally Hunt, General Secretary of the University & College Union: GCSE Geography Teachers Resource. Skills_in_Geography. Going places with geography. Dispersion Graphs. Ordnance Survey. Geography is an interactive section of Mapzone designed by Ordnance Survey to help you with the map work you do at school and increase your mapping skills for leisure and fun. 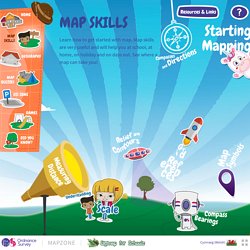 10 Free Tech Tools & Websites Every Teacher Should Know About. Confession: I was a late tech adopter. 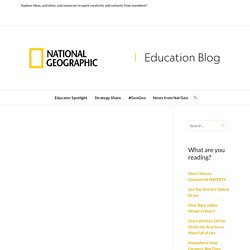 I didn’t own a computer until I was in college. I couldn’t record on the VCR, and I didn’t have a smartphone until about 2009. As a new teacher, I felt comfortable with PowerPoint and Word, yet I rarely explored any other tech tools. I felt out of my league when it came to tech, and chalked it up as something the younger, more tech-savvy members of the staff would do.