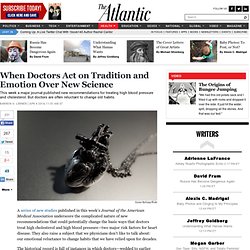 A New Kind Of Second Opinion — At A Price. It's HERE AND NOW. 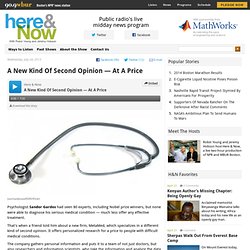 Get a second opinion. We've all heard that when it comes to diagnosing and treating serious medical conditions. In Addiction, Meditation is Helpful When Coupled with Drug and Cognitive Therapies, Study Suggests. Contact: Janet Lathrop 413/545-0444 AMHERST, Mass. – Using a computational model of addiction, a literature review and an in silico experiment, theoretical computer scientist Yariv Levy and colleagues suggest in a new paper this week that rehabilitation strategies coupling meditation-like practices with drug and behavior therapies are more helpful than drug-plus-talk therapy alone when helping people overcome addiction. 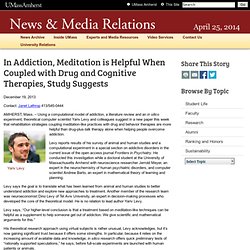 Levy reports results of his survey of animal and human studies and a computational experiment in a special section on addictive disorders in the current issue of the open access journal Frontiers in Psychiatry. He conducted this investigation while a doctoral student at the University of Massachusetts Amherst with neuroscience researcher Jerrold Meyer, an expert in the neurochemistry of human psychiatric disorders, and computer scientist Andrew Barto, an expert in mathematical theory of learning and planning.

Massive DNA volunteer hunt begins. 7 November 2013Last updated at 00:03 GMT By James Gallagher Health and science reporter, BBC News Scientists are looking for 100,000 volunteers prepared to have their DNA sequenced and published online for anyone to look at. 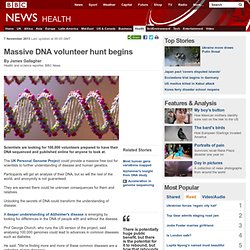 The UK Personal Genome Project could provide a massive free tool for scientists to further understanding of disease and human genetics. Participants will get an analysis of their DNA, but so will the rest of the world, and anonymity is not guaranteed. They are warned there could be unknown consequences for them and relatives. Unlocking the secrets of DNA could transform the understanding of disease. Continue reading the main story “Start Quote. » Pennsylvania Citizen Sues Over ‘Voluntary’ Cheek Swabs Alex Jones.

Suit “Seeks an injunction and damages for conspiracy to violate the Constitution…” Adan Salazar Infowars.com December 30, 2013 Following reports that police in Reading, Pennsylvania, participated in a national survey, in which random citizens were pulled over and asked for “voluntary” cheek swabs, a courageous resident filed a lawsuit against the city, its mayor and several others claiming his Fourth Amendment rights were violated. 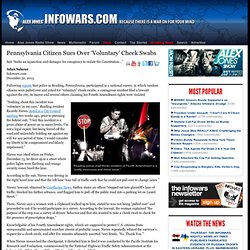 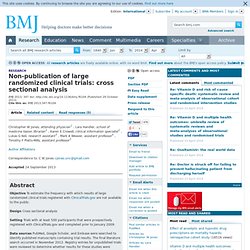 Design Cross sectional analysis Setting Trials with at least 500 participants that were prospectively registered with ClinicalTrials.gov and completed prior to January 2009.

Why small low-powered studies are worse than large high-powered studies and how to protect against “trivial” findings in research: Comment on Friston (2012) Academic Fraud. Scientific research: Looks good on paper. Some Online Journals Will Publish Fake Science, For A Fee : Shots - Health News. Hide captionYou could do all that brain work. 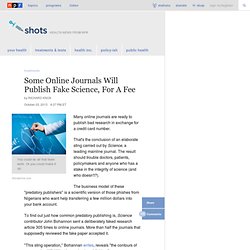 Or you could make it up. Reproducibility Project. Funding bodies will have to force scientists to share data. The open access movement is forcing publishers to take down paywalls, making publicly funded research available to the public for free. 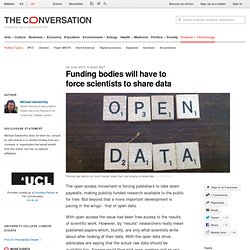 But beyond that a more important development is pacing in the wings - that of open data. With open access the issue has been free access to the results of scientific work. However, by “results” researchers really mean published papers which, bluntly, are only what scientists write about after looking at their data. Positive spin and bias in breast cancer trials uncovered - Health. Not all patient drug trials published in even the most prestigious of medical journals can be taken as gospel, say researchers, who have found a high proportion of "spin and bias" in the reporting of results. 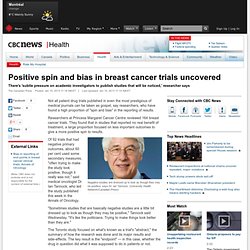