Cellphone, GPS data suggest new strategy for alleviating traffic tie-ups. Asking all commuters to cut back on rush-hour driving reduces traffic congestion somewhat, but asking specific groups of drivers to stay off the road may work even better. 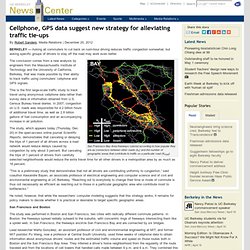 San Francisco Bay Area freeways colored according to how popular they are as connectors between other roads (bc) and the number of geographic areas that contribute to traffic on a particular road (Kroad). The conclusion comes from a new analysis by engineers from the Massachusetts Institute of Technology and the University of California, Berkeley, that was made possible by their ability to track traffic using commuters’ cellphone and GPS signals. This is the first large-scale traffic study to track travel using anonymous cellphone data rather than survey data or information obtained from U.S. Census Bureau travel diaries. In 2007, congestion on U.S. roads was responsible for 4.2 billion hours of additional travel time, as well as 2.8 billion gallons of fuel consumption and an accompanying increase in air pollution. 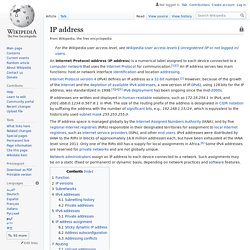 However, because of the growth of the Internet and the predicted depletion of available addresses, a new version of IP (IPv6), using 128 bits for the address, was developed in 1995.[3] IPv6 was standardized as RFC 2460 in 1998,[4] and its deployment has been ongoing since the mid-2000s. How many Internet domain names are there? Do websites have IP addresses? There's no real contradiction as there are mechanisms in place to handle all of this. 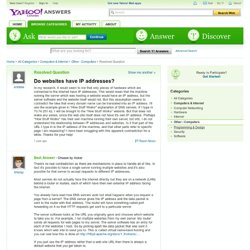 In fact it's possible to have a single server running multiple websites and it's also possible for that server to accept requests to different IP addresses. Most servers do not actually face the internet directly but they are on a network (LAN) behind a router or routers, each of which have their own external IP address facing the internet. You already have read how DNS servers work but what happens when you request a page from a server? The DNS server gives the IP address and the data packet is sent to the router with that address. The router will have something called port forwarding on it so that HTTP requests get sent to a particular server. The server software looks at the URL you originally gave and chooses which website to take you to. If you just use the IP address rather than a web site URL then there is always a default website that you get taken to. National Capital FreeNet, Ottawa's not-for-profit internet provider (ISP) 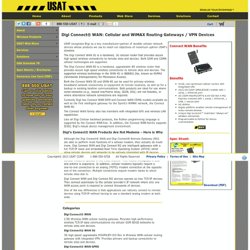 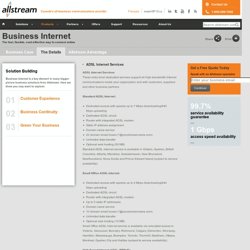 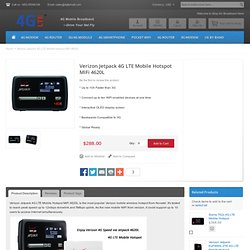