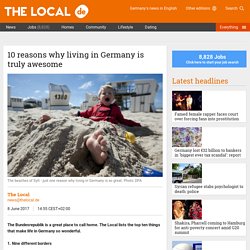 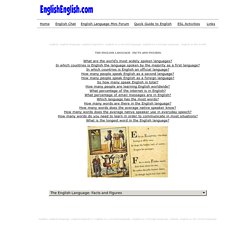 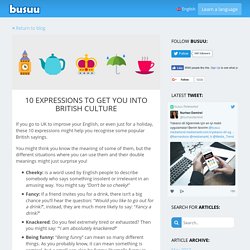 You might think you know the meaning of some of them, but the different situations where you can use them and their double meanings might just surprise you! Cheeky: is a word used by English people to describe somebody who says something insolent or irrelevant in an amusing way. You might say “Don’t be so cheeky!” 8 Harsh Truths About Life That Should Make You Stronger. People say that truth can be harsh. 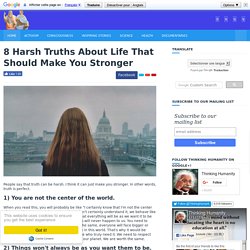 I think it can just make you stronger. In other words, truth is perfect. 1) You are not the center of the world. When you read this, you will probably be like "I certainly know that I'm not the center of the world! ". But, sometimes, though we don't certainly understand it, we behave like the world is spinning around us. The most beautiful squares across France - The Local. Place du Général de Gaulle, Lille. 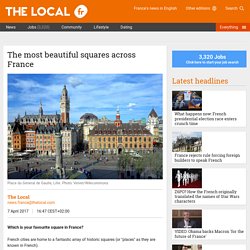 Photo: Velvet/Wikicommons French cities are home to a fantastic array of historic squares (or "places" as they are known in French). Flight MH370 'made rapid descent' Image copyright ATSB Flight MH370 most likely made a rapid and uncontrolled descent into the Indian Ocean, a new report says. 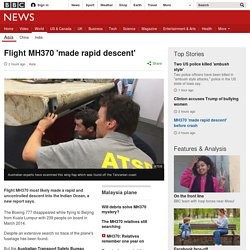 The Boeing 777 disappeared while flying to Beijing from Kuala Lumpur with 239 people on board in March 2014. Despite an extensive search no trace of the plane's fuselage has been found. Capital - This might be the loneliest country for expats. Dating in Sweden might conjure up dreamy images of candlelit dinners in minimalist Nordic apartments, or snowy hikes with well-toned nature lovers. 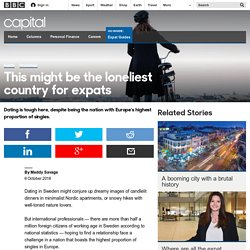 That might not sound too shabby to a newly arrived unattached expat. But, behind the numbers is a cultural norm that almost outright promotes being single. Travel - The places the world forgot. The happiest place in the UK? It might surprise you. Travel - Why you should travel solo. From family holidays to romantic getaways, memorable travel moments are often spent with others. 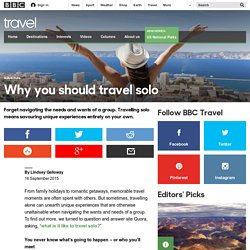 But sometimes, travelling alone can unearth unique experiences that are otherwise unattainable when navigating the wants and needs of a group. To find out more, we turned to question and answer site Quora, asking, “what is it like to travel solo?” You never know what’s going to happen – or who you’ll meet“When I travel alone I push myself to talk more with everyone and I leave my plans open to anything,” said Janice Waugh, author of the Solo Traveler blog. “This has led to wandering the alleys of Lhasa only to end up being invited to a traditionally male-only tea house; [taking] a motorcycle ride between the lakes of Udaipur; being invited to an underground gambling hall in Shanghai; diving in the Red Sea [and] hiking in tea plantations in Munnar.” Mario Wilson, from San Francisco, said he ask questions without judgment and throws away the guidebook.

BBC Arts - BBC Arts - The real Van Gogh: A genius not driven by madness but crippled by it. 20 Interesting Facts About the English Language - For Reading Addicts. English, born from so many other tongues, and being so rich in texture and depth, is an extraordinary language. 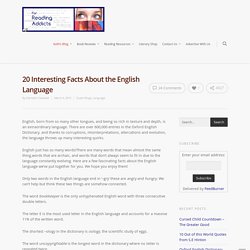 There are over 600,000 entries in the Oxford English Dictionary, and thanks to corruptions, misinterpretations, altercations and evolution, the language throws up many interesting quirks. English just has so many words! 'Crude, but rarely nasty': The jokes Europeans tell about their neighbours. Europe is the migrant crisis, the Greek crisis, the euro crisis. 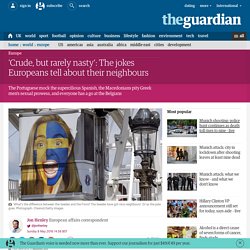 It is the CAP, Ecofin and Eurostat. It is Schengen suspended, anti-Europeans on the march, and the imminent threat of Brexit. But it is also the Finns who snicker at overbearing Swedes (“What’s the difference between the Swedes and the Finns? The Swedes have got nice neighbours”); and the Portuguese, who mock Spanish arrogance (“In a recent survey, 11 out of 10 Spaniards said they felt superior to the others”). A map of the world according to what languages we want to learn. English is the most popular language in the world to learn online, at least according to one of the world's biggest language websites.

Duolingo, which has 120 million users in 194 countries around the world, recently carried out some research into what people are learning. They've produced the below map: Picture: Duolingo As you can see, English was the most popular language to learn in 116 countries, followed by French (35), Spanish (32) and German (nine). How to find a good language partner? – WORKOUT 4 BRAIN. Most of you probably learn a language without a teacher, right? Anyway, with or without a teacher, you cannot learn a language alone. So, if you have no teacher, you must find at least a language partner. Mysterious giant sphere unearthed in forest divides opinion. How to see the terrifying things Google knows about you  How much of a plane spotter are you? 4 Aviation Monuments At Schiphol. You’re likely to walk right past them and some aren’t even accessible to the public, which makes it even more fun to bring them to your attention: monuments marking milestones in Dutch aviation history.

I tracked down four at and around Schiphol. One of which seems to have disappeared. How Do We Test Jet Engines? In previous blogs we have discussed the repair process of our aircraft engines and what it takes to get the engine into good shape. Now let’s talk about the test process for a jet engine. When do you test a jet engine? Jet engines are tested on a number of occasions: 9 European Castles Well Worth A Visit. When I hear the word castles, I get this fairy-tale feeling. Since my childhood, I have always loved visiting these historic buildings and tried to learn about the stories behind them. In this blog, I will show you 9 stunning European castles that will enchant your imagination. Once upon a time… That’s how my grandfather began his stories.

As long as I can remember I have had a thing about castles and I blame my grandfather for that. It started when I was about five or six years old. Uk.businessinsider. You Already Have Everything You Need. We all have needs, both physical and emotional. And we all need to consistently fulfill those needs. How could I read more books? Image copyright PA. What's That Comma Doing in That Engine? At our Social Media department, we book thousands of flights and let you know if you’re allowed to take a huge toy giraffe on board.

We, social media agents, know a lot (a whole lot!) , but we actually also learn quite a lot from the many curious passengers who ask us questions via Facebook, Twitter and LinkedIn! Today I found an answer to the question, “What’s that comma doing in that engine?” Mapped: The countries with the most forest. 20 Places you Must See in Budapest. There’s no denying it, Budapest is one of Europe’s most underrated cities. The 16 Best Places to go in 2016.