Order Sons of Italy in America® - About OSIA - Who We Are. An OSIA delegation is received by Italian government officials in Rome in 2002 Hundreds of Sons of Italy® members gathered in New York's Little Italy to celebrate the 100th Anniversary of the founding of OSIA, June 22, 2005. 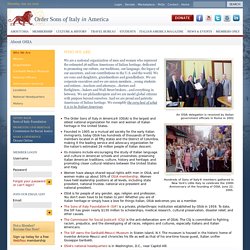 We are a national organization of men and women who represent the estimated 26 million Americans of Italian heritage, dedicated to promoting our culture, our traditions, our language, the legacy of our ancestors, and our contributions to the U.S. and the world. We are sons and daughters, grandmothers and grandfathers. We are corporate executives and we are union members...young students and retirees...teachers and attorneys...doctors and firefighters...bakers and Wall Street brokers...and everything in between. PHO-10Aug10-243827.jpg (JPEG Image, 604 × 471 pixels) Italic Institute of America, Italian Heritage, Italian American Heritage. Encyclopedia of Cleveland History: BOIARDI, HECTOR. 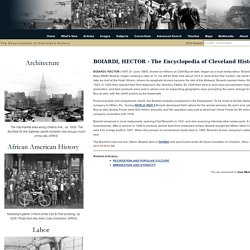 Boiardi, son of Joseph and Mary (Maffi) Boiardi, began cooking in Italy at 10. He left for New York about 1914 to work at the Ritz Carlton. He came to Cleveland 3 years later as chef at the Hotel Winton, where his spaghetti dinners became the talk of the Midwest. Italian American History and Culture. Don DeLillo's America. Don DeLillo's America - A Don DeLillo Site Coverage of author Don DeLillo on the web since 1996, last updated: 01-December-2014 The big novels: White Noise | Underworld | Libra | Mao II. 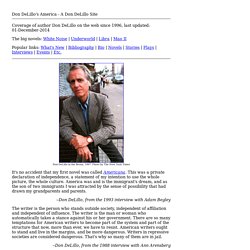 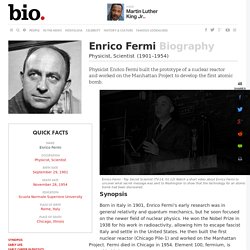 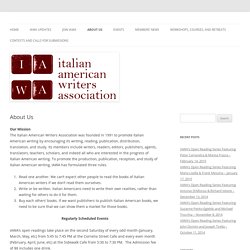 Its members include writers, readers, editors, publishers, agents, translators, teachers, scholars, and indeed all who are interested in the progress of Italian American writing. To promote the production, publication, reception, and study of Italian American writing, IAWA has formulated three rules. Biography.com. Nancy Pelosi - Biography - Government Official - Biography.com. Politician Nancy Pelosi became the first female Democratic Leader of the House of Representatives as well as the first female Speaker of the House. 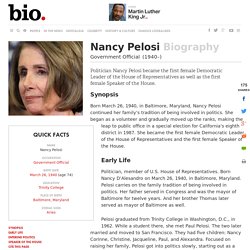 Synopsis Born March 26, 1940, in Baltimore, Maryland, Nancy Pelosi continued her family's tradition of being involved in politics. T. D'Alesandro Jr., a Baltimore Mayor, Dies. Thomas D'Alesandro Jr., Mayor of Baltimore from 1947 to 1959 and an influence in Maryland and national Democratic politics for many years before that, died yesterday in his city's Mercy Hospital after a heart attack. 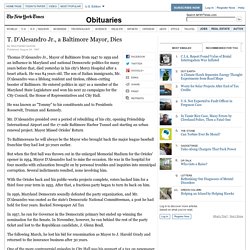 He was 84 years old. The son of Italian immigrants, Mr. D'Alesandro was a lifelong resident and tireless, ribbon-cutting booster of Baltimore. He entered politics in 1927 as a member of the Maryland State Legislature and won his next 22 campaigns for the City Council, the House of Representatives and City Hall. He was known as ''Tommy'' to his constituents and to Presidents Roosevelt, Truman and Kennedy. On This Day: Alexander Graham Bell Granted Patent for Telephone. Who Invented Pizza? Mmmm…do you smell that? 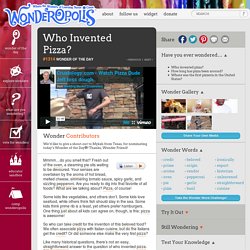 Fresh out of the oven, a steaming pie sits waiting to be devoured. Your senses are overtaken by the aroma of hot bread, melted cheese, simmering tomato sauce, spicy garlic, and sizzling pepperoni. Are you ready to dig into that favorite of all foods? What are we talking about? Pizza, of course! Italian American's Legacy in Early L.A. Includes a Sip of Winemaking History. 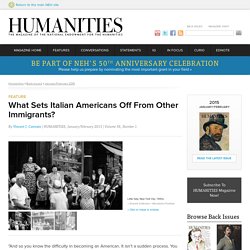 It isn’t a sudden process. You get over it. But you don’t ever quite get over it. You carry it with you. That’s the great—and not so great—aspect of being or trying to be an assimilated American.” Italian Immigration. Italian - Early Arrivals - Immigration...- Classroom Presentation. Early Arrivals The Genoese navigator Cristoforo Colombo, known to us now as Columbus, was only the first of many Italian explorers who would come to shape the Western Hemisphere as we know it today. 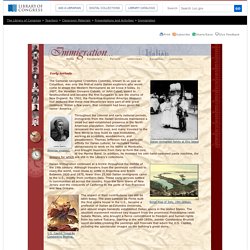 In 1497, the Venetian Giovanni Caboto, or John Cabot, sailed to Newfoundland and became the first European to see the shores of New England. By 1502, the Florentine explorer Amerigo Vespucci had deduced that these new discoveries were part of one great continent. Within a few years, that continent had been given his name--America. Italian immigration continued at a trickle throughout the middle of the 19th century.

Italian Immigration: A Personal History. Francesco DiPinto arrived on Ellis Island from Bisceglie, Italy in 1912 with a small bag and the clothes on his back. It was at the immigration depot where he married Lucia Capurso, his love from his hometown with whom the marriage was forbidden, in order for Lucia to come into the country. Francesco, a fisherman by trade, and his wife moved to Worcester, Massachusetts which they knew about through family connections. Neither could speak English, though they were both literate in their native dialect.

According to their immigration papers, their reason for immigrating was "poverty. " Mario Cuomo, a Giant in NY, Liberal Politics, Dies. ALBANY, N.Y. — Mario Cuomo had a loud and liberal voice that inspired a generation of politicians to turn to public service, and a story of humble beginnings that he wove into calls for social justice during his three terms as New York governor and years as a national figure when he deflected overtures to become a presidential candidate. Cuomo died at his home in Manhattan on Thursday of natural causes due to heart failure, just hours after his son Andrew began his second term as New York's chief executive. He was 82.