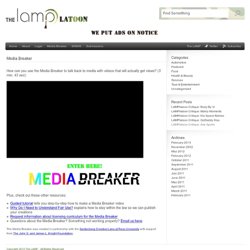 The Purpose of the Media Breaker: Storyboards. What is a storyboard? 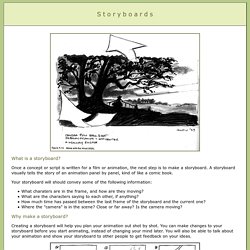 Once a concept or script is written for a film or animation, the next step is to make a storyboard. A storyboard visually tells the story of an animation panel by panel, kind of like a comic book. Your storyboard will should convey some of the following information: What charaters are in the frame, and how are they moving? Www.bcps.org/offices/lis/tvprog/resources/StoryBoardingTemplate.pdf. Five Tips for Shooting Better Video - iMovie Tutorial. Storyboard.

Storyboard Template. Storyboard Tutorial - How to Create Storyboard for Film, Video, and Television. First a Quick Note to Aspiring Producers and Film Makers This tutorial is aimed at people who want to storyboard professionally. 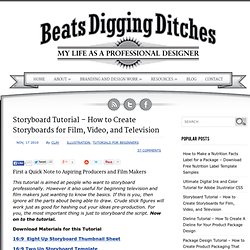 Plan out your video with a successful Storyboard. I truly enjoy when teachers reach out for help to better instruct their students. 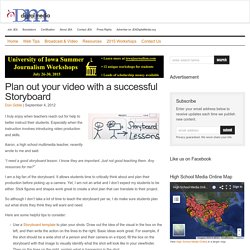 Especially when the instruction involves introducing video production and skills. Aaron, a high school multimedia teacher, recently wrote to me and said: Www.create.cett.msstate.edu/create/howto/storyboard_handout.pdf. Good Short Cuts - Teaching Students High Impact Film-Making. Vol 23|No 2|November 2013 Order McKenzie books online with a credit card The Challenge There are few serious, well trained teachers of film available to address this challenge in middle and high schools in countries like the USA, Australia and New Zealand. 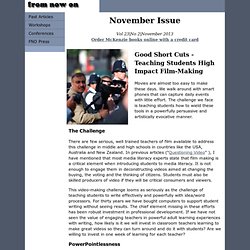 In previous articles ("Questioning Video" ), I have mentioned that most media literacy experts state that film making is a critical element when introducing students to media literacy. It is not enough to engage them in deconstructing videos aimed at changing the buying, the voting and the thinking of citizens. This video-making challenge looms as seriously as the challenge of teaching students to write effectively and powerfully with idea/word processors. 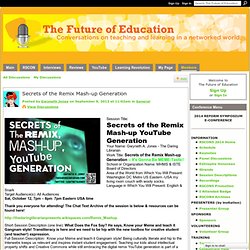 Jones - The Daring Librarian Work Title: Secrets of the Remix Mash-up Generation -- It's Gonna Be MEME-Tastic! School or Organization Name: MHMS & ISTE Board of Directors Area of the World from Which You Will Present: Washington DC Metro US Eastern -USA my living room couch with wooly socks. Language in Which You Will Present: English & Snark Target Audience(s): All Audiences Sat, October 12, 7pm – 8pm 7pm Eastern USA time Thank you everyone for attending! Short Session Description (one line): What Does the Fox Say? Full Session Description: Know your Meme and teach it Gangnam style! Copyright Awareness for Students (3 minute video) “It’s Like Writing a Play:" Make Screencasts Painless with Storyboards, Scripts. Screencasting is daunting—it’s no secret. 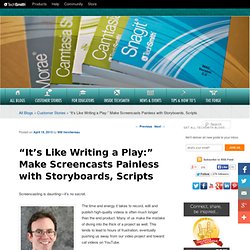 The time and energy it takes to record, edit and publish high-quality videos is often much longer than the end product. Many of us make the mistake of diving into the thick of a project as well. This tends to lead to hours of frustration, eventually pushing us away from our video project and toward cat videos on YouTube. But it doesn’t have to be that way. When John Shaw of BravoSolution reached out to us with a recorded Prezi presentation he made with Camtasia Studio, we were pretty impressed by how informative yet fun his video was. Start at the beginning Time and time again, we hear video experts talk about putting in a little work before recording your video.

John is part of the Adoption Services team at BravoSolution, a multinational company that helps large organizations manage the strategic parts of the processes involved in buying and acquiring goods and services. Their process is simple: Internet television for teens.