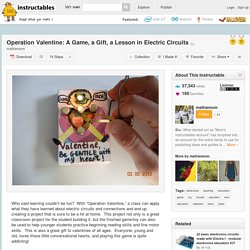 Animated Paper Circuits. DIY Pyralux for Flexible Circuits. Flexible circuits have their uses in many applications but the fastest growing application is in wearable electronics. 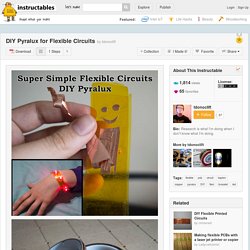 I was originally interested in making a flexible circuit to be fixed to the circumference of an acrylic disc, so after browsing instructables I came across a very good instuctable that used a substance called "Pyralux". The instructable can be found here: However, I soon discovered that living in the UK meant that getting hold of Pyralux was very expensive! OpenStax CNX. The Tinkering Studio. We are happy that lots of people expressed their excitement about using soldering irons for the first time on the Coursera forum! 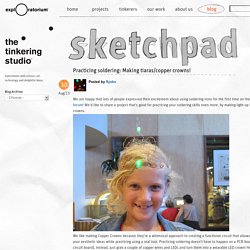 The Tinkering Studio. Recently, we had a workshop in the learning studio with some folks from the MIT media lab, to help them test an experimental extension of Scratch. 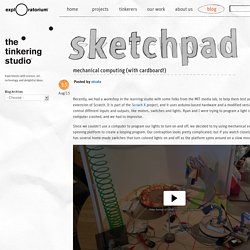 It is part of the Scrach X project, and it uses arduino-based hardware and a modified version of scratch to control different inputs and outputs, like motors, switches and lights. Ryan and I were trying to program a light show when our computer crashed, and we had to improvise. DIY LED Glow Stick. Glow sticks are always awesome .From Concert to campfire,child to old people all love the Glow Stick.Glow Stick s a self-contained, short-term light-source.It was invented backs in the 90's around 1965.Basically Glow Stick consists of a translucent plastic tube containing isolated substances that, when combined, make light through chemiluminescence, so it does not require an external energy source.The light cannot be turned off, and can be used only once. 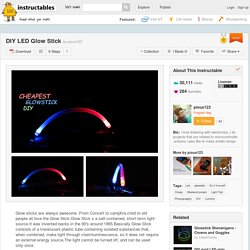 I Always wanted to make My Own Glow Stick . So I made a led One to have the fun with it also the glow stick Could gave me opportunity to click some cool light trails photographs. Glow Bike. This project first appeared in MAKE Volume 38, on pages 68-71. 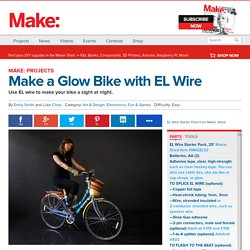 Bike lights and reflective tape are the common go-to’s for night riding, but why not go further and make your bicycle frame glow? About three years ago, Vancouver Hack Space member Luke Closs decided to put electroluminescent wire (EL wire) on his bike, mostly because he thought it would look cool — but also for the added benefit of bicycle visibility. LED Hula Hoop. Oakland Discovery Center: flat flashlight. Materials: • 3v lithium button battery ( we got ours from sciplus.com item # 40919) • copper tape (found in the gardening section of hardware stores as an anti snail/ slug product or alternatively in 1/4'' form on amazon ) 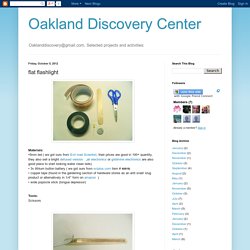 Way back in September, when the sun still shone warmly upon us, Emily had a birthday party. 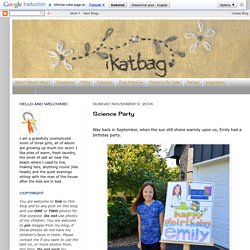 And it seems that the days of princesses and fairytales are behind us, at least for this 10-year-old. Apparently, Science is the new Cinderella.And all playdates now involve Science experiments. Square – Paper Battery Holder. Paper Battery Holder Tutorial. Circuit_boards.pdf. Torch made from coke can and cereal box. Do we always have to throw everything away? 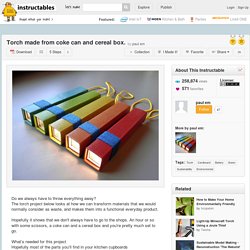 The torch project below looks at how we can transform materials that we would normally consider as waste, and makes them into a functional everyday product. Hopefully it shows that we don't always have to go to the shops. An hour or so with some scissors, a coke can and a cereal box and you're pretty much set to go. What’s needed for this project Hopefully most of the parts you’ll find in your kitchen cupboards. How To Make A Cardboard Switch. Position the paper clip centrally on the cardboard. 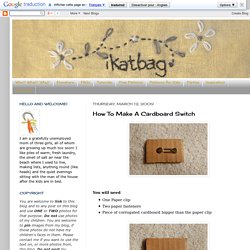 Switches don’t require any fancy equations to evaluate. All they do is select between an open circuit and a short circuit. Simple. Light-emitting Diodes (LEDs) Favorited Favorite 2 The Basics LEDs are all around us: In our phones, our cars and even our homes. Any time something electronic lights up, there’s a good chance that an LED is behind it. They come in a huge variety of sizes, shapes, and colors, but no matter what they look like they have one thing in common: they’re the bacon of electronics. They’re widely purported to make any project better and they’re often added to unlikely things (to everyone’s delight). Unlike bacon, however, they’re no good once you’ve cooked them.

LEDs (that’s “ell-ee-dees”) are a particular type of diode that convert electrical energy into light. Uh-Oh Battery Level Indicator Hookup Guide. Introduction Anyone running a battery-powered project knows how frustrating it can be when a battery dies or runs too low to prevent brown-out conditions. The Uh-Oh Battery Level Indicator Kit can help prevent these frustrations. Assembled Uh-Oh Battery Indicator Kit. How LEDs are Made. YunSun LED During the 2014 trip to China, our supplier YunSun was kind enough to pick us up in Shenzhen and give us a tour of their factory. Switch Basics. Video Zone. Make It @ Your Library. There are two types of electrical signals , those being alternating current (AC), and direct current (DC).

With alternating current, the direction electricity flows throughout the circuit is constantly reversing. You may even say that it is alternating direction. The rate of reversal is measured in Hertz, which is the number of reversals per second. Make your own Roll-Up Keyboard. How to make an EL Wire Hula hoop. Fiber Optic Bracelet. DESIGN SQUAD . Lesson Plans. Content: Electricity, Circuits Theme: Fun & Games. How to: Power (with Intel Edison) : Ohm's Law. Ohm’s Law is made of 3 equations that states the relationship between current, voltage and resistance.

Squishy Circuits. Soft Circuits. Breadboard projects. Battery powered hand warmer. Sew in battery holder Search Results. Aidafruit circuit videos. Workshop Guide 2014.pdf. LittleBits Tips & Tricks: The Sound Trigger Bit. June 26, 2013 AT 9:10 am This is the first in an on-going series of posts about littleBits. We encourage you to use the Tips & Tricks to enhance your Bit projects. littlebits is available in the Adafruit store – Starter Kit, Extended Kit and Teaser kit. As you might have guessed, the sound trigger Bit responds to sound. That means, you can activate your circuit without even touching it. When you make a noise, the sound trigger sends an ON signal to the Bits that follow it. Get started with your sound trigger Bit by building a simple circuit. The Sound trigger responds to all sorts of sounds. Electrical_full.pdf. NASA Why? Files - The Case of the Electrical Mystery : NASA LaRC Office of Education. CircuiTricks : Circuits with a pencil.. - English.

Cub_electricity_lesson04_activity1_worksheet.pdf. Conductivity. Summary Students make a simple conductivity tester using a battery and light bulb. They learn the difference between conductors and insulators of electrical energy as they test a variety of materials for their ability to conduct electricity. Engineering Connection To choose the best materials for use in electrical applications, some engineers specialize in understanding the conducting and insulating characteristics of materials. To carry electricity through buildings, electrical engineers use copper wire. Educational Standards. Building a Piezoelectric Generator. Build a Charge Detector. Summary. LED beads to pop onto your circuit... Sci . Steadiness Tester. DusterBot. How-to: Simple coin cell battery holder.

DesigningAlarmCircuits.pdf. The Fine Art of Electronics {under construction} Button cell battery pack for experiments or small applications. Circuits and the Flow of ElectricityLP4 Update 1211.pdf. Conductor-insulator_WMNMW.pdf. Make your own electricity-generating sneakers. Simple Motor. How to Make an Electroscope for a Science Project.