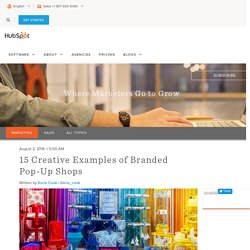 They're tasked with turning brainstorming sessions and comments sourced during focus groups into campaigns that sum up everything about a brand's identity in a neat, tidy, and most importantly, interesting way. But what if a consumer could walk into a room and fully experience your brand with all their senses? Pop-up events offer just that -- the chance for consumers to get up close and personal with their favorite companies in a truly immersive setting.

In their simplest form, pop-up events are temporary retail spaces that give companies the opportunity to sell their products in an environment completely designed and controlled by them. Since they're temporary, they offer a relatively low-cost and low-commitment way for companies to take creative risks, generate buzz, and introduce their brands to new audiences. Consumers love the lure of exclusivity, and brands love the unmatched opportunity for experimentation. Sonos unveils New York concept store. Two years is a considerable length of time to realise most things, let alone a retail store. 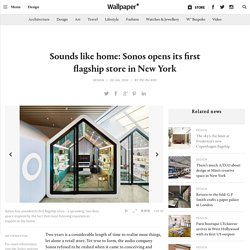 Yet true to form, the audio company Sonos refused to be rushed when it came to conceiving and unveiling its first flagship store, located in the heart of Soho in New York. The Apartment By The Line: Discover Why We Love This Soho Retail Concept : Design : Fashion Times. Located on SoHo's Greene Street, a small (easy to miss) placard reads "The Apartment By The Line. 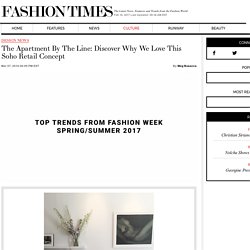 " To access The Apartment, you must enter a small elevator and head up to the third floor. The elevator doors open, inviting you into a living-inspired space within a building that dates back to 1872. Pantone Designs An Entire Airbnb House Around A Shade of Green. Why it matters to you Color technology company Pantone is donating the proceeds from a new color-inspired house to a graphic design organization. 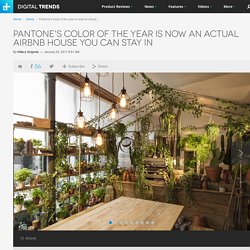 Emily Weiss On Why She's Opening the Glossier Headquarters to the Public. Apple Sums Up iPhone 7 Event in a 2-Minute Awesome Video. Portfolio : Neo-Pangea. More than 17,000 attendees filled the massive party. See the Massive Venues Amazon Built for a 17,000-Person Party. What Are Snapbot Vending Machines? 10 Ways Events Incorporated Live Art Demonstrations This Year. Products. This Fragrance Startup Wants You to Use Photos and Music to Buy Perfume. Close your eyes and picture the following scene: a dry desert landscape somewhere on the West Coast. 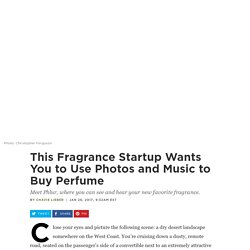 You’re cruising down a dusty, remote road, seated on the passenger’s side of a convertible next to an extremely attractive designated other. On the stereo, there’s a soft guitar strumming and the raspy voice of American folk singer Ray LaMontagne crying, as he does, through the chorus of “Forever My Friend.” As you take in the mountains and the music and the dry desert brush, do you have any idea what this experience would smell like?

According to Phlur, a new e-commerce fragrance startup, it would smell like Moab, its spicy scent that’s a blend of jasmine, vanilla, long pepper, tonka bean, and clove. Apple's 'Don't Blink' video is a masterpiece of editing. Kanye West's Yeezy Season 3 Extravaganza. Kanye West Debuts 'TLOP' & Yeezy Season 3 at MSG. It's not regular being Kanye West. 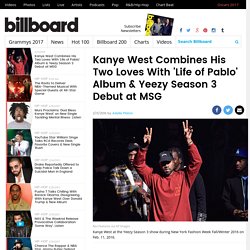 Every tweet, every album title, every track list, every fashion design becomes an instant headline. Yet, despite the past month of negative publicity (see: Wiz Khalifa beef and Bill Cosby is innocent tweet), there was no hint of sad Kanye, mad Kanye or even loud Kanye. At New York's landmark Madison Square Garden for a combination listening party (new album The Life of Pablo) and fashion show (his Adidas Yeezy Season 3 line), the man of the hour wore a maroon long-sleeve shirt that read "I feel like Pablo" on his breast pocket, black Yeezus cap and a goofy grin.

Four album titles and several revised track lists later, Mr. West's vision had become reality. Kanye West Reveals 'The Life of Pablo' Album Cover There was no catwalk -- though supermodel legends Naomi Campbell and Veronica Webb made an appearance -- but rather a stationary display, created by Yeezus tour and Yeezy fashion show visionary Vanessa Beecroft and paid for by Adidas.

Spotify – Year in Music 2015. Coolest things in the world right now featuring Rolls Royce, Harry Styles and Guardians of the Galaxy 2. Expedia’s New VR Film Takes You on a Scenic Railroad Journey in Norway – Adweek. If you've been wanting to take a trip to Norway, Expedia has a new 360-degree virtual reality film that may inspire you to book a flight—and then book a train ticket when you get there. 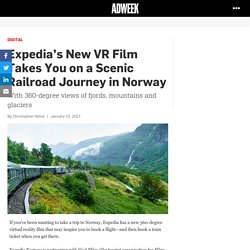 Expedia Norway is partnering with Visit Flåm (the tourist organization for Flåm, a scenic Norwegian village) and Flåm Railway while working with London-based agency Verve Search. The online travel site is taking its first swing at VR by offering digital viewers a railroad journey. The 44-minute video entails fjords, mountains, glaciers, the midnight sun, the northern lights, waterfalls and national parks. Viewers can drag the screen to explore sites from a number of camera angles. Boeing’s New Spacesuit May Look Stylish as Hell, But It’s All Business. Alan Shepard rocketed into space in 1961 wearing a shiny silver spacesuit. 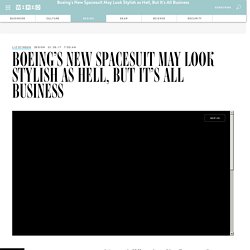 Four years later, Ed White completed the first US spacewalk in a puffy white jumpsuit that made him look like the Michelin Man. In the space shuttle era, astronauts wore bright orange “pumpkin suits.” The 50 Most Instagrammed Places in America. State by state, discover the most geo-tagged spots in America By Olivier Laurent & Josh Raab What are the most photographed places across America? 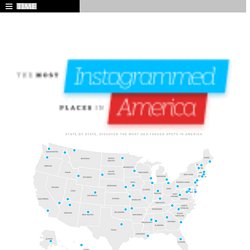 Through the spread of Instagram — the photo-sharing app that had 400 million users worldwide in 2015, including 100 million in the U.S. — TIME has been able to find out. Instagram’s data, shared exclusively with TIME, map out the most frequently geo-tagged locations across all 50 states, from sports arenas — such as the Bryant-Denny Stadium in Alabama and the MetLife Stadium in New Jersey — to National Parks and from museums to the Magic Kingdom. Browse our map above or the gallery below to discover the most popular spots in your state.