Event Report add to idea book This ad will close automatically in seconds. × Your email inquiry will be sent to 3 venue Amazon Web Service's re:Play party took over the High Roller Parking Lot in Las Vegas, where two megastructures housed the enormous production. 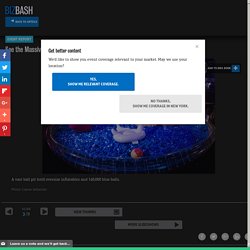 Attendees participated in kid-style games for adults, contributing to an overall youthful, exuberant vibe. A vast ball pit held oversize inflatables and 140,000 blue balls. Nearly 42,000 channels of control fed the complex lighting system. Guests assembled under a pattern of glowing squares as part of a ceiling installation. Each structure was 200 feet wide, 400 feet long, and 70 feet tall at its highest point, to house the massive crowd. A installation called "Light Sync Revolution" allowed attendees to control elements on stage such as lighting, visuals, and special effects.

The kinetic ceiling installation changed throughout the night. A food wall invited guests to try small mystery bites through different doors, which were labeled with cheeky names that... Event Report add to idea book This ad will close automatically in seconds. × Your email inquiry will be sent to 3 venue For the travel section of the event, Momentum Worldwide designed three transparent, neon vignettes inspired by cities including Miami. 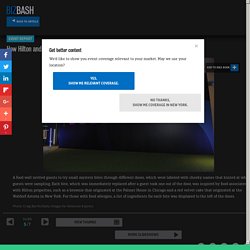 The travel area also paid homage to London with an installation depicting city landmarks, and to San Francisco by spelling out the name of the city with massive orange letters. Dinnertime Stories USA. Dinner Time Story. A Six-Course Dinner Where the Table Becomes a Movie Screen. Refinery29 - This rooftop bar is like an amusement park... Aire BNC : making-of Trous de mémoire. Why Australia Faked A “Crocodile Dundee” Reboot For The Super Bowl. Our story begins in 1984, when America first met Paul Hogan. 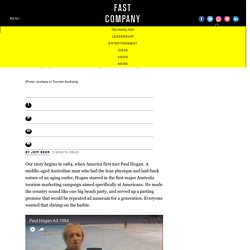 A middle-aged Australian man who had the lean physique and laid-back nature of an aging surfer, Hogan starred in the first major Australia tourism marketing campaign aimed specifically at Americans. He made the country sound like one big beach party, and served up a parting promise that would be repeated ad nauseam for a generation. The Top 5 Super Bowl Ads Of 2018 (And The One Absolute Worst) And lo, another Super Bowl football and culturefest has passed. 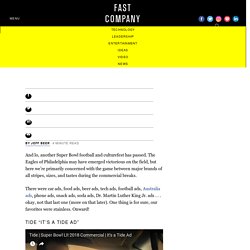 The Eagles of Philadelphia may have emerged victorious on the field, but here we’re primarily concerned with the game between major brands of all stripes, sizes, and tastes during the commercial breaks. There were car ads, food ads, beer ads, tech ads, football ads, Australia ads, phone ads, snack ads, soda ads, Dr. Martin Luther King Jr. ads . . . okay, not that last one (more on that later). Bar Code: How Spirits Brands Are Using Augmented Reality. Many liquor and spirits companies like the Macallan, Patrón, and Beam Suntory are now redefining their concept of “beer goggles”—thanks to augmented reality. 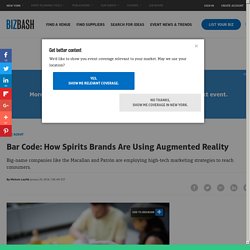 From extensive art exhibitions to cutting-edge mobile apps, innovative and immersive AR experiences have become a major component of these established brands’ marketing plans in hopes of reaching the next round of consumers. “We’ve always been a very innovative brand in terms of technology,” explains Samantha Leotta, senior brand manager for the Macallan. See How This Hotel Built a Room on the Field of Super Bowl LII. MINNEAPOLIS Most hotels like to boast about their breathtaking views of beautiful beaches and majestic mountains, but Courtyard by Marriott has scored perhaps the most coveted vista of all time—the field at Super Bowl LII. 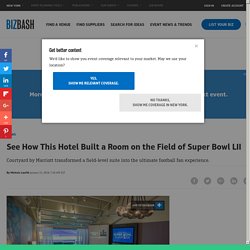 For the third year in a row, the hotel brand is offering a once-in-a-lifetime experience to one die-hard fan through its Super Bowl Sleepover Contest. “Since we are a hospitality brand, we really wanted to bring something unique to that in-stadium experience by giving the fan the chance to spend the night in the stadium and wake up there,” explained Michael Dail, vice president of global brand marketing for the Courtyard, Four Points, Springhill, and Fairfield brands. It’s Courtyard’s seventh season as the “official hotel” of the N.F.L., with the brand activating at tentpole events throughout the season. The winner, Denver Broncos fan Courey Marshall, and his wife will get to snooze in a field-level stadium suite at U.S. U.S. Tens of thousands of spectators came out to celebrate the fifth anniversary of Singapore’s Gardens by the Bay park in...

Idea File add to idea book This ad will close automatically in seconds. × Your email inquiry will be sent to 3 venue Tens of thousands of spectators came out to celebrate the fifth anniversary of Singapore’s Gardens by the Bay park in June. 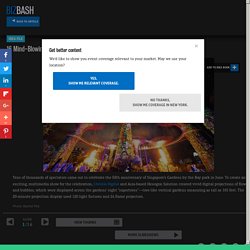