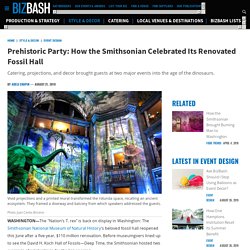 They framed a doorway and balcony from which speakers addressed the guests.Photo: Juan Carlos BricenoWASHINGTON—The "Nation’s T. rex" is back on display in Washington: The Smithsonian National Museum of Natural History's beloved fossil hall reopened this June after a five-year, $110 million renovation. Before museumgoers lined up to see the David H. Koch Hall of Fossils—Deep Time, the Smithsonian hosted two evenings of celebrations for the big opening. The Smithsonian National Museum of Natural History's rotunda transformed into a jungle for a private donor dinner for 135 guests and then a grand opening cocktail reception for 600 guests, complete with tropical greenery and projections with swooping pterodactyls. Miki Agrawal Talks About Tushy and Butt-Con. NEW YORK—“If you think about what Comic-Con is for comics, Butt-Con is for all things butt related.” 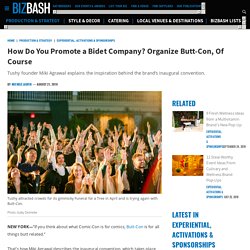 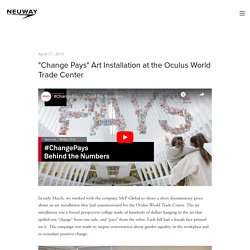 We filmed for 1 day in Lititz, Pennsylvania at the fabricator’s workshop; another day at the artist’s design studio in Brooklyn, New York; and then 4 consecutive days at the Oculus World Trade Center filming the installation and the reveal itself. We were fortunate enough to be able to use a tool we don’t often get to work with, the DJI Ronin 2 motorized gimbal system. This allowed us to get long, smooth tracking shots. ZeroSpace. Lollapalooza 2019 Brand Activation Highlights From Pepsi, Cupcake Winery, and Toyota. FILA Explore Retail Pop-Ups. SuperReal is the new surreal. Bohemian Rhapsody - Simply Three & William Joseph (Queen Cover) Dubstep Piano on the lake - Radioactive - With William Joseph - 4K. New Event Rentals, Companies, and Trends From BizBash Live: Los Angeles 2019. Net-A-Porter And Verishop Are Creating Online Portals Dedicated To Sustainable Clothes. Was the Jacquemus show the most Instagrammable catwalk show EVER?

On Monday afternoon in the South of France, Simon Porte Jacquemus presented his SS20 show to celebrate the brand’s 10th anniversary. 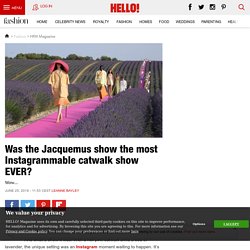 And what a show it was! With a hot pink catwalk amid a sea of lavender, the unique setting was an Instagram moment waiting to happen. It’s the third time that the designer has shown in the South of France, but this was a special location because Jacquemus grew up just an hour away in Mallemort. Explaining his choice of location, he told Vogue: "With this runway, some people will only remember the lavender. "Others will see the similarity with the Hockney painting. Top 10 Innovative Brands 2018: #3 National Geographic. By playing off its rich content and diverse programming, National Geographic continues to connect with audiences beyond the screen through interactive experiences featuring cutting-edge technology and multi-dimensional storytelling. 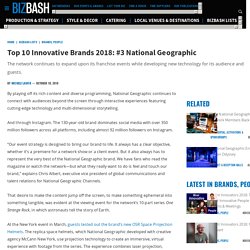 And through Instagram. The 130-year-old brand dominates social media with over 350 million followers across all platforms, including almost 92 million followers on Instagram. “Our event strategy is designed to bring our brand to life. It always has a clear objective, whether it’s a premiere for a network show or a client event. But it also always has to represent the very best of the National Geographic brand. That desire to make the content jump off the screen, to make something ephemeral into something tangible, was evident at the viewing event for the network’s 10-part series One Strange Rock, in which astronauts tell the story of Earth. 5 Tactics for Planning Introvert-inclusive Networking Events. The networking experts at e180 share tips for producing events that even introverts will want to return to year after year. 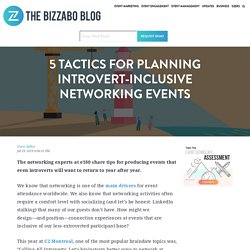 We know that networking is one of the main drivers for event attendance worldwide. We also know that networking activities often require a comfort level with socializing (and let’s be honest: LinkedIn stalking) that many of our guests don’t have. How might we design—and position—connection experiences at events that are inclusive of our less-extroverted participant base? This year at C2 Montreal, one of the most popular braindate topics was, "Calling All Introverts: Let’s brainstorm better ways to network at events. " This topic received an impressive response: over 20 people booked it (it ranked among the top 10 most-viewed braindates at all of C2 2019), and many more requested to meet the braindater who originally posted it. 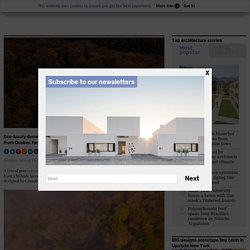 The site is located on mountain in Petite-Rivière-St-François – a municipality near to the Le Massif de Charlevoix ski range. The domes form the first phase of a sustainable tourist resort developed by Dômes Charlevoix. To meet the environmentally friendly aims of the project, local studio Bourgeois/Lechasseur Architectes wanted the three holiday cabins to make little impact on the natural surroundings.

Ambitions included a minimal footprint and conserving as many trees as possible. Each of the structure is cantilevered from the hill using delicate bracing, and elevated to sit just underneath the tree canopy. "The three domes... blend in harmoniously with the landscape," said Bourgeois/Lechasseur in a project description. HYPERVSN is a 3D Integrated Holographic System for advertising, digital signage, events. Google's Gianna Gaudini Shares Insights From Her New Book, 'The Art of Event Planning'

SAN FRANCISCO—For almost a decade, Gianna Gaudini served as an executive event producer at Google where she specialized in large-scale conferences, women's events, and more. 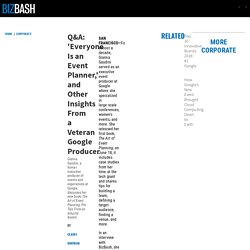 She released her first book, The Art of Event Planning, on June 18; it includes case studies from her time at the tech giant and shares tips for building a team, defining a target audience, finding a venue, and more. In an interview with BizBash, she teased the book, discussed how she infused human emotion into Google's tech-focused events, gave tips for surprising and delighting an audience, and shared why she thinks that "everyone is an event planner. " First of all, what type of events did you produce at Google? I produced Google's most strategic, highly visible events.