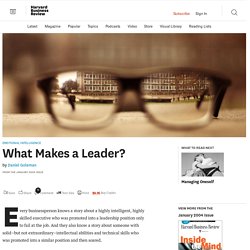 In his research at nearly 200 large, global companies, Goleman found that while the qualities traditionally associated with leadership—such as intelligence, toughness, determination, and vision—are required for success, they are insufficient. Truly effective leaders are also distinguished by a high degree of emotional intelligence, which includes self-awareness, self-regulation, motivation, empathy, and social skill. These qualities may sound “soft” and unbusinesslike, but Goleman found direct ties between emotional intelligence and measurable business results. Every businessperson knows a story about a highly intelligent, highly skilled executive who was promoted into a leadership position only to fail at the job.

Self-Awareness Self-Regulation. Speech Critique: Dan Pink (TED 2009) This article reviews a thought-provoking speech by Dan Pink about the surprising science of motivation, which was delivered at TED in 2009. 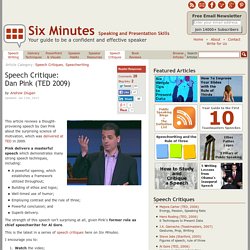 Pink delivers a masterful speech which demonstrates many strong speech techniques, including: A powerful opening, which establishes a framework utilized throughout;Building of ethos and logos;Well-timed use of humor;Employing contrast and the rule of three;Powerful conclusion; andSuperb delivery. 22 Social Media Marketing Solutions for Small Businesses. Social media marketing is an art form, and with the right social media marketing solution, business owners can master it. 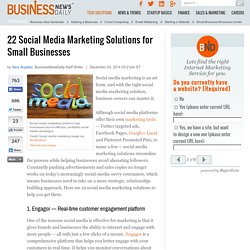 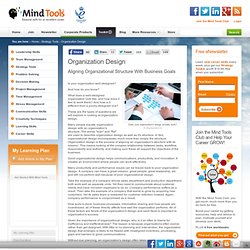 The Innovation Value Chain. Executives in large companies often ask themselves, “Why aren’t we better at innovation?” 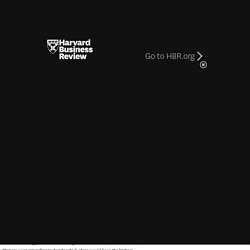 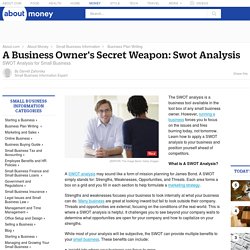 However, running a business forces you to focus on the issues and fires burning today, not tomorrow. Learn how to apply a SWOT analysis to your business and position yourself ahead of competitors. Porter’s Five Forces. Understanding the dynamics of competitors within an industry is critical for several reasons. 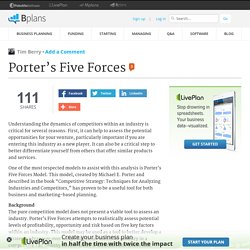 First, it can help to assess the potential opportunities for your venture, particularly important if you are entering this industry as a new player. It can also be a critical step to better differentiate yourself from others that offer similar products and services. One of the most respected models to assist with this analysis is Porter’s Five Forces Model. This model, created by Michael E. Porter's Five Forces. The model of pure competition implies that risk-adjusted rates of return should be constant across firms and industries. 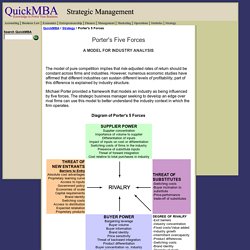 However, numerous economic studies have affirmed that different industries can sustain different levels of profitability; part of this difference is explained by industry structure. Michael Porter provided a framework that models an industry as being influenced by five forces. The strategic business manager seeking to develop an edge over rival firms can use this model to better understand the industry context in which the firm operates. How to Write a Mission Statement in 5 Easy Steps. I’ve had a 30-year love-hate relationship with mission statements. 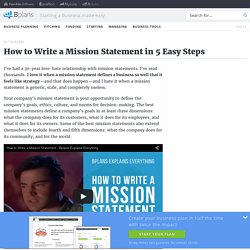 I’ve read thousands. Why You Need a Mission Statement. Mission statements may seem overused and unimportant in the scheme of things, but a well-crafted one can help you focus your business. 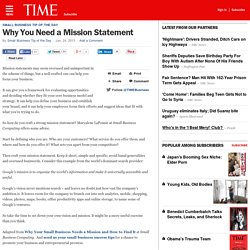 It can give you a framework for evaluating opportunities and deciding whether they fit your core business model and strategy. How to improve your business plan with one simple addition. We’ve all been there. We have come up with an idea for a new product or service that we think we can sell to our customers. We have written what we think is a bullet-proof business plan. STRATEGIC ASSUMPTIONS: THE ESSENTIAL (AND MISSING) ELEMENT OF YOUR STRATEGIC PLAN. Strange Organizational Culture of A&F Headquarters. “Did I not tell you it was supposed to be casual?” Was the first thing my interviewer said to me when I showed up at Abercrombie’s corporate headquarters in 2007. I was dressed for my first “big kid" job — tie, jacket, suit.

She was wearing a fleece and jeans. I immediately rolled up my sleeves and ditched the tie (I probably looked like the end of a wedding), and surprisingly, the rest of the interview went well. A week later, the job was mine. Orientation was relatively typical, focused on the story of A&F starting as an outfitter in New York City. The corporate culture seemed image-obsessed.

Management Theories & Concepts at the Workplace. Business forum: Taylorism after 100 years is turbocharged. Although it has dipped to 8.5 percent nationally and 5.7 percent in Minnesota, unemployment continues to be the top issue in the 2012 presidential campaign. Persistently high unemployment in the United States has been attributed to an increase in worker productivity driven by computers and other technology. Four differences between managerial & leadership skills. The terms managerial skills and leadership skills are often used interchangeably. In some situations, switching between the two terms does work. Ultimately though, they bear slightly different meanings. What are the nuisances that set these two apart? Professional vs. Casual Generally, managerial skills is the more professional of the two terms. The Actions Managerial skills and leadership skills also have different meanings when it comes to the actions that people take to accomplish them. Learning the Skills The ways in which people learn these two diverse skill sets also varies.

Tom Brady explains fourth quarter of Patriots-Seahawks Super Bowl XLIX. It’s understandable when a stunning event overwhelms a career-defining event, the way it did in Super Bowl XLIX eight days ago. We spent three or four days piling on Pete Carroll for a call that seemed (and still seems) foolhardy, a decision that cost Seattle a second straight Super Bowl victory and a decision vital to the fourth Super Bowl title of the Belichick/Brady Era. We Need Project Leadership, Not Management.