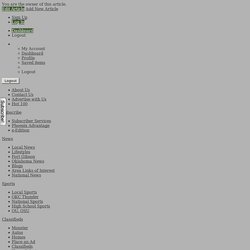 Warner students tested their designs and other engineering feats at STEM Wars, held Friday at Warner Event Center. Techlearning. Ingredients for a great STEM Project. My first STEM project came out of desperation -- before I’d ever heard the acronym STEM. 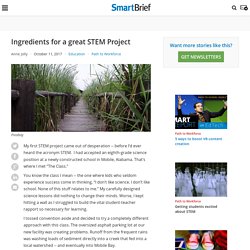 I had accepted an eighth-grade science position at a newly constructed school in Mobile, Alabama. That’s where I met “The Class.” You know the class I mean -- the one where kids who seldom experience success come in thinking, “I don’t like science. I don’t like school. None of this stuff relates to me.” I tossed convention aside and decided to try a completely different approach with this class. I wondered what would happen if my disinterested class tackled this real-life problem.

The student’s project interested the community. Ingredients for a great STEM Project. Ingredients for a great STEM Project. How can Robotics bring STEM learning to life? – The Tech Edvocate. Classes spark STEM interests - Black Hills Pioneer: Local News. SPEARFISH — There’s a mobile device app for everything it seems, and now some have been designed by middle schoolers in Spearfish. 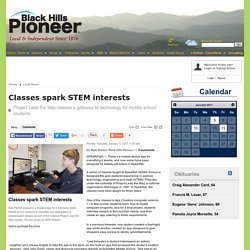 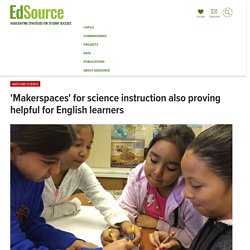 Educators are finding that the new “makerspace” movement – a strategy to teach K-12 students science, math and technology through hands-on activities – is providing the added benefit of helping English learners become more proficient in the language. A Hero For The Arts And Sciences: Upcoming Marvel Covers Promote STEAM Fields. Invincible Iron Man — featuring the debut of a new hero, Riri Williams — is one five books Marvel is using to promote science, math, and arts disciplines through a series of covers. 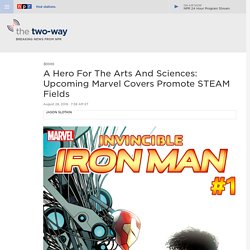 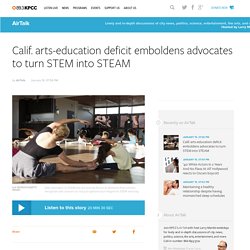 The original intent of STEM education was to increase U.S. competitiveness in the global marketplace of workers. Teachers from various disciplines including reading, athletics, and the arts have tried to argue their respective subjects can enhance STEM learning and, therefore, should be included in the funding priorities. While mechanical engineer Norman Fortenberry says integrating different subjects can bolster learning, he says that's not the real issue. "The real issue is money, and whether the funding exists to expand beyond the four main subjects," explains Fortenberry who heads the American Society for Engineering Education.

Sobering: Gen Z on track to cause major IT, STEM crisis - eCampus News. According to recent data, Gen Z demands that devices and software—and the support required to use them—be woven into their daily lives; yet, most of this digital native generation has no interest in having an IT career. 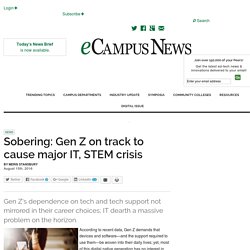 So who, exactly, will provide the technology and support needed to satisfy the future generation? It’s yet another cold water splash on the STEM fields that have been in crisis in the U.S. for years. However, unlike the somewhat vague notion of there being less engineers and mathematicians to better the collective intelligence and innovation of a nation, the fact that almost none of the future generation have any interest in information technology (think: computers, the internet, software systems, telecommunications, data analysis, electronic engineering) will have a direct, negative impact on not only individual consumers, but on entire ecosystems (like higher education) that are becoming increasingly dependent on IT. Preparing the next generation for jobs that don't yet exist. It’s evident we live in a digital world. 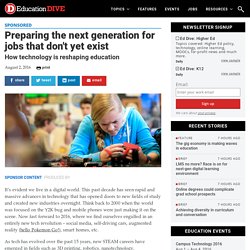 This past decade has seen rapid and massive advances in technology that has opened doors to new fields of study and created new industries overnight. Think back to 2000 when the world was focused on the Y2K bug and mobile phones were just making it on the scene. Culinary arts integration: Turning STEM into STEAM. Finding ways to integrate the arts in science, technology, engineering and math fields -- STEM to STEAM -- can be a daunting task for many teachers; fortunately, culinary arts integration and STEM are a natural fit. 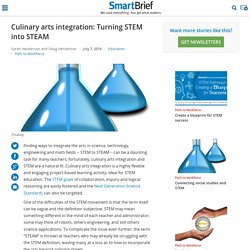 Culinary arts integration is a highly flexible and engaging project-based learning activity, ideal for STEM education. The STEM goals of collaboration, inquiry and logical reasoning are easily fostered and the Next Generation Science Standards can also be targeted. One of the difficulties of the STEM movement is that the term itself can be vague and the definition subjective. STEM may mean something different in the mind of each teacher and administrator; some may think of robots, others engineering, and still others science applications. To complicate the issue even further, the term “STEAM” is thrown at teachers who may already be struggling with the STEM definition, leaving many at a loss as to how to incorporate the arts beyond coloring sheets.

Blog - STEAM-Powered Classroom. Five-Minute Film Festival: 8 Videos to Encourage Girls in STEM. There are some wonderful discussions in the Edutopia community right now about girls and STEM education -- have a peek at Women (and Girls) in STEM or Are We Getting Too Aggressive Promoting STEM to Girls? 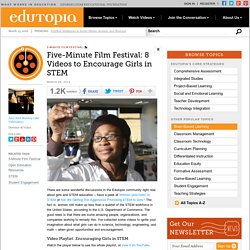 The fact is, women still make up less than a quarter of the STEM workforce in the United States, according to the U.S. Department of Commerce.