New Theories Link Black Death to Ebola-Like Virus. Between 1347 and 1352, a mysterious disease ravaged Europe, killing an estimated 25 million people -- 30 percent to 50 percent of the population. 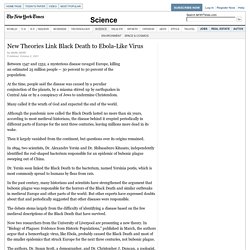 At the time, people said the disease was caused by a peculiar conjunction of the planets, by a miasma stirred up by earthquakes in Central Asia or by a conspiracy of Jews to undermine Christendom. Many called it the wrath of God and expected the end of the world. Although the pandemic now called the Black Death lasted no more than six years, according to most medieval historians, the disease behind it erupted periodically in different parts of Europe for the next three centuries, leaving millions more dead in its wake. Then it largely vanished from the continent, but questions over its origins remained. In 1894, two scientists, Dr. Dr. The debate stems largely from the difficulty of identifying a disease based on the few medieval descriptions of the Black Death that have survived.

Was Ebola Behind the Black Death? Controversial new research suggests that contrary to the history books, the "Black Death" that devastated medieval Europe was not the bubonic plague, but rather an Ebola-like virus. 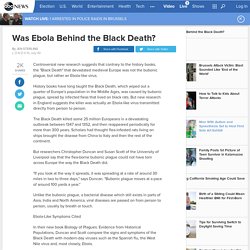 History books have long taught the Black Death, which wiped out a quarter of Europe's population in the Middle Ages, was caused by bubonic plague, spread by infected fleas that lived on black rats. But new research in England suggests the killer was actually an Ebola-like virus transmitted directly from person to person. The Black Death killed some 25 million Europeans in a devastating outbreak between 1347 and 1352, and then reappeared periodically for more than 300 years. Scholars had thought flea-infested rats living on ships brought the disease from China to Italy and then the rest of the continent. But researchers Christopher Duncan and Susan Scott of the University of Liverpool say that the flea-borne bubonic plague could not have torn across Europe the way the Black Death did. Ebola-Like Symptoms Cited. Ebola Fast Facts. Facts:Ebola hemorrhagic fever is a disease caused by one of five different Ebola viruses. 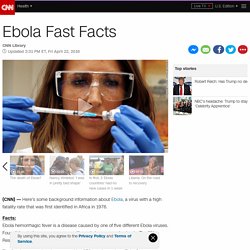 Four of the strains can cause severe illness in humans and animals. The fifth, Reston virus, has caused illness in some animals, but not in humans. Ebola is extremely infectious but not extremely contagious. It is infectious, because an infinitesimally small amount can cause illness. Laboratory experiments on nonhuman primates suggest that even a single virus may be enough to trigger a fatal infection. Ebola could be considered moderately contagious, because the virus is not transmitted through the air. 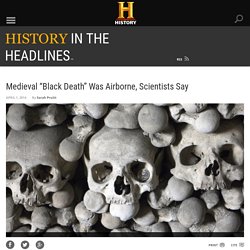 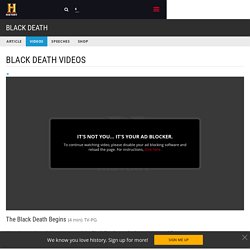