Worth Monkey - The blue book for used electronics and more! Buy Used iPhones, Cell Phones and iPads from Gazelle. Nightowl/Oct.2015/ Wx Mac 2 Buy❗️ 3 Ways to Split and Join Big Files. The size of files we use today is bigger than even a few years ago. 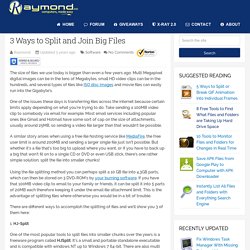 Multi Megapixel digital images can be in the tens of Megabytes, small HD video clips can be in the hundreds, and several types of files like ISO disc images and movie files can easily run into the Gigabyte’s. One of the issues these days is transferring files across the internet because certain limits apply depending on what you’re trying to do. Backup storage. Tech & Gadgets. LENOVO SMART CASE, FIRST SMARTPHONE WITH LASER PROJECTOR Lenovo moves forward to the future of technology by coming up with the first ever smartphone with a laser projector. 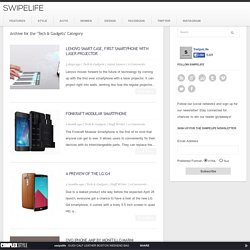 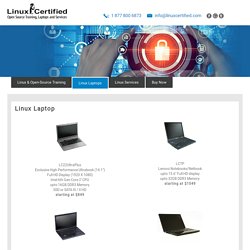 Computer System Reviews, Camera Reviews, HDTV Reviews, GPS Reviews. Expert Product Reviews. Our staff of reviewers and editors, each with a specialized portfolio of products and services, researches the marketplace and assesses the best choices. 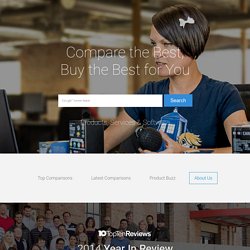 We focus on the needs of buyers by developing content that is unbiased, credible and thorough. The products and categories we include and recommend offer clear and valuable consumer benefits. Products. Macworld. iOS 4.2: Our Complete Walkthrough. A few minutes ago Apple announced the release of iOS 4.2 today. 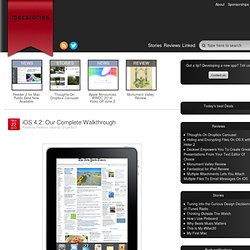 The download links aren’t live yet, and we speculate the engineers at Cupertino will flip the switch at 10AM PST. In the meantime,though, you can check out our complete iOS 4.2 for iPad walkthrough below. We have tested iOS 4.2 through all the betas and GM seeds Apple released, and there’s no doubt this is the OS we were all waiting for. iOS 4.2 is a major new update for iPhone, iPod Touch and iPad built on the strong foundation of iOS 4, released in June just two days before the iPhone 4 went on sale. iPhones and iPod Touches have been capable of enjoying multitasking, folders, fast app switching and the hundreds of new features since then, but it’s only with 4.2 that iPads are getting updated to support iOS 4.

This new software update marks the grand unification of iDevices under a single OS, which comes with lots of new functionalities for the tablet, and a couple of interesting additions on the iPhone. Guide To Best 17 Inch Laptops. Can a laptop replace a desktop PC or be your only computer? 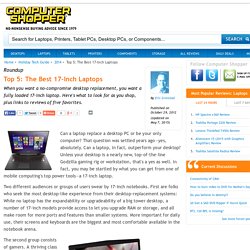 Newegg. RedLaser. Moto X, Moto G, Moto E, No contract cell phone plans. HP 11 Chromebook Review. As I was about to publish my review about a month ago, the HP 11 Chromebook sale was put to an halt upon report of overheating charger. 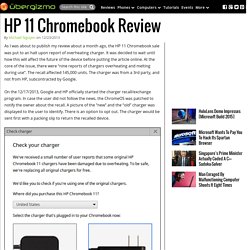 MWC 2015: Are tablets falling out of favour? 26 February 2015Last updated at 19:05 ET By Leo Kelion Technology desk editor Initial sales of tablets were brisk, but recent demand for the computers has not met expectations Not long ago, we were assured the iPad and its ilk were destined to dominate our everyday lives. 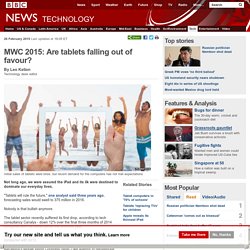 "Tablets will rule the future," one analyst said three years ago, forecasting sales would swell to 375 million in 2016. Nobody is that bullish anymore. The tablet sector recently suffered its first drop, according to tech consultancy Canalys - down 12% over the final three months of 2014 compared with the same period the previous year. Apple - the market leader - sold 15% fewer iPads over 2014 as a whole compared with 2013. Barcelona's Mobile World Congress (MWC) will attempt to reinvigorate interest next week - a Sony leak indicates its will unveil a model with "industry-leading battery performance". Samsung, Sony, HTC, Huawei, LG and Microsoft will all unveil new devices at MWC Tablet stats: Worldwide tablet sales :