What if Minimal Loss?, a criminal minds fanfic. Hey everyone, here is a one shot for you. 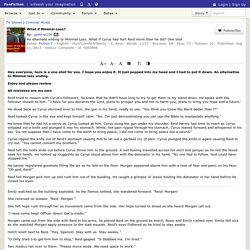 I hope you enjoy it. It just popped into my head and I had to put it down. An alternative to Minimal loss ending. Enjoy and please review All mistakes are my own Reid tried to reason with Cyrus's followers, he knew that he didn't have long to try to get them to try stand down. He stood back as Cyrus stormed over to him, the gun in his hand, ready to use. Reid looked Cyrus in the eye and kept himself calm. He knew that he had hit a nerve as Cyrus looked at him. Cyrus ripped the knife out of Reid's stomach causing him to let out a garbled cry of pain. Reid felt the knife slide out before Cyrus threw him to the ground. He barely registered gunshots filling the air as he laid on the floor. Reid felt Morgan pick him up and rush him out of the building. Emily watched as the building exploded. 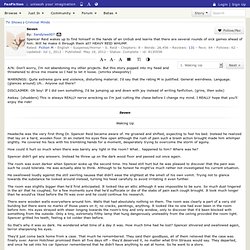 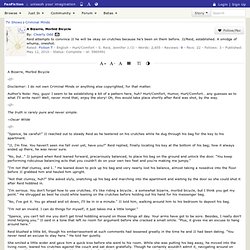 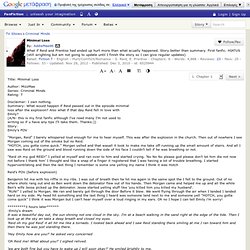 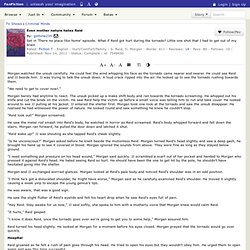 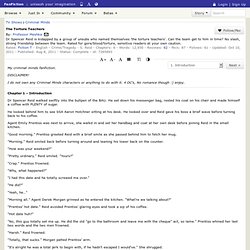 I do not own any Criminal Minds characters or anything to do with it. 4 OC's, No romance though :) enjoy. Chapter 1 – Introduction Dr Spencer Reid walked swiftly into the bullpen of the BAU. He set down his messenger bag, rested his coat on his chair and made himself a coffee with PLENTY of sugar. Knives and Elevators, a criminal minds fanfic. AN- Sorysorrysosorry for not working on Keep Your Friends Close, But Enemies closer ff-. 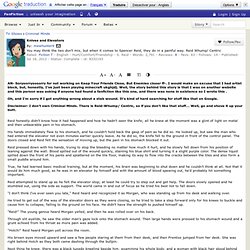 I would make an excuse that I had artist block, but, honestly, I've just been playing minecraft ukghjdj. Well, the story behind this story is that I was on another website and this person was asking if anyone had found a fanfiction like this one, and there was none in existence so I wrote this . Merry Chapter 1, a criminal minds fanfic. Written for The Vampire Act for the Christmas Gift Fic Exchange at Chit Chat on Authors Corner. 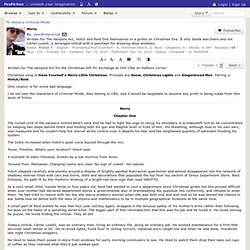 Christmas song is Have Yourself a Merry Little Christmas. Prompts are Snow, Christmas Lights and Gingerbread Men. Pairing is Hotch/Reid. Only caution is for some bad language. I do not own the characters of Criminal Minds, they belong to CBS, and it would be laughable to assume any profit is being made from this work of fiction. Merry Chapter One The curled cord of the earpiece tickled Reid's neck and he had to fight the urge to shrug his shoulders in a makeshift itch as he concentrated on keeping two steps behind Hotch and holding both his gun and Maglite level in front of him.

The tickle increased when Hotch's quiet voice buzzed through the mic. Hidden Chapter 1, a criminal minds fanfic. Disclaimer: I do not own Criminal Minds or its characters. 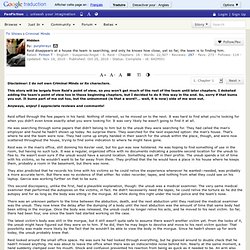 This story will be largely from Reid's point of view, so you won't get much of the rest of the team until later chapters. I debated adding the team's point of view too in these beginning chapters, but I decided to do it this way in the end. So, sorry if that bums you out. It bums part of me out too, but the unbummed (is that a word?... Well, it is now) side of me won out. Anyways, enjoy! Reid sifted through the few papers in his hand.