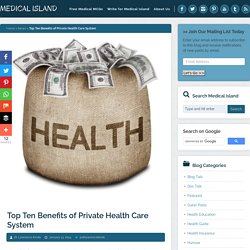 Differentiating Between Privatization and Free Markets - Capitalism. It may seem like a trivial or semantical argument, but too often are the terms ‘privatized’ and ‘free markets’ used interchangeably. 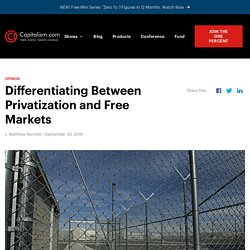 While free markets do encourage reserving government functions to the private sector, the concept of privatization is a completely different process. The purpose of free markets is to foster an environment for private individuals to utilize their skills and desire for profit in exchange for providing services that people demand. Many often make the unfortunate argument that even if people may not necessarily demand a certain service or product, government may have a responsibility in providing it. And, that some services and products are too difficult for private firms to provide sufficiently, thereby requiring government intervention in these areas.

Take a grocery store, for example. Have train fares gone up or down since British Rail? It is 20 years since rail privatisation was set in motion. 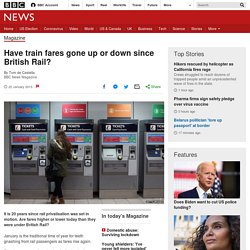 Are fares higher or lower today than they were under British Rail? January is the traditional time of year for teeth gnashing from rail passengers as fares rise again. Private jails more violent than public ones, data analysis shows. Private prisons are more violent than public jails, according to data analysis that raises questions over the government’s plans to pursue its prisons-for-profit model. 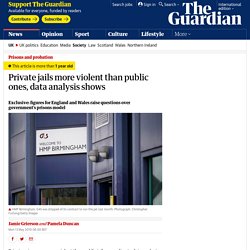 In the year to September 2018, there were 156 more assaults per 1,000 prisoners in private adult prisons in England and Wales than in their publicly run counterparts. The total number of assaults in prisons for the year to September 2018 and the average number of prisoners within each establishment for the same period were provided to the shadow justice secretary, Richard Burgon, after two parliamentary questions. In 96 publicly run adult jails, there was an average population of 64,905, with 21,420 assaults – or 330 per 1,000 prisoners. But in 14 privately managed adult prisons, there was an average of 15,930 prisoners and 7,737 assaults – or 486 per 1,000 prisoners. Despite this, the Ministry of Justice (MoJ) plans to build more prisons for private operation. 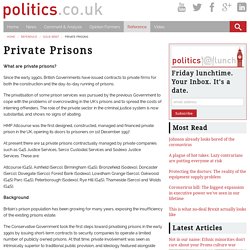 Since the early 1990s, British Governments have issued contracts to private firms for both the construction and the day-to-day running of prisons. The privatisation of some prison services was pursued by the previous Government to cope with the problems of overcrowding in the UK's prisons and to spread the costs of interning offenders. The role of the private sector in the criminal justice system is now substantial, and shows no signs of abating. HMP Altcourse was the first designed, constructed, managed and financed private prison in the UK, opening its doors to prisoners on 1st December 1997. At present there are 14 private prisons contractually managed by private companies such as G4S Justice Services, Serco Custodial Services and Sodexo Justice Services.

Background. How Medicare Works on JSTOR. Abstract This article describes how Medicare works—who is eligible, what it covers, what it does not cover, supplemental coverage. 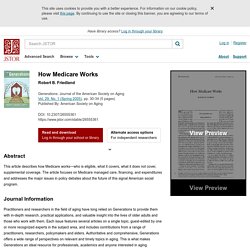 The article focuses on Medicare managed care, financing, and expenditures and addresses the major issues in policy debates about the future of this signal American social program. Journal Information Practitioners and researchers in the field of aging have long relied on Generations to provide them with in-depth research, practical applications, and valuable insight into the lives of older adults and those who work with them. Each issue features several articles on a single topic, guest-edited by one or more recognized experts in the subject area, and includes contributions from a range of practitioners, researchers, policymakers and elders. 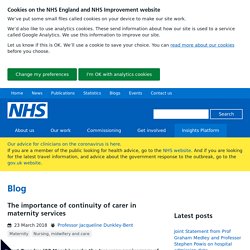 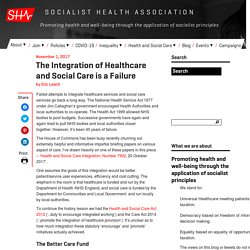 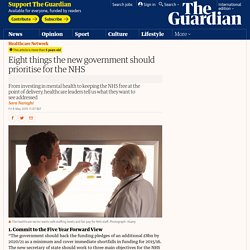 Commit to the Five Year Forward View “The government should back the funding pledges of an additional £8bn by 2020/21 as a minimum and cover immediate shortfalls in funding for 2015/16. The new secretary of state should work to three main objectives for the NHS – maintain or improve quality, transform care for the future and achieve financial balance. Better quality care often results in lower cost, but quality of care should win out if trade-offs are to be made. The NHS at 70: How good is the NHS? This first, main report, How good is the NHS? 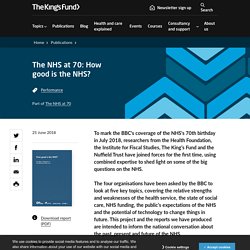 Uses OECD data and a range of other public sources to compare the NHS to health systems in 18 similar developed countries, including France, Germany, Italy, Japan and the USA. Is the NHS already privatised? Is it going to be? Some NHS services are already outsourced to private providers. There's no one way to count this, but experts estimate between 7% and 22% of the healthcare budget goes to private providers. The higher estimates include things like GPs and pharmacies, which are technically private providers but might not be thought of that way. While the NHS has always used private providers, their role was formalised and expanded through the 2000s. It’s been claimed that more NHS services could be outsourced to private companies, particularly in connection with a possible UK-US trade deal.

Direct Democracy: An Agenda for a New Model Party - Douglas Carswell. NHS Hot Topics: Private Healthcare and Privatisation - The Medic Portal. In England, Scotland and Wales our predominant form of healthcare is public via the National Health Service (NHS). All citizens pay National Insurance and general taxation, which in part goes to fund the NHS. Don’t ask migrants to pay – the NHS was set up to serve us all – Keep Our NHS Public. “The whole agitation has a nasty taste. Instead of rejoicing at the opportunity to practise a civilised principle, Conservatives have tried to exploit the most disreputable emotions in this among many other attempts to discredit socialised medicine.” This is what founder of the health service Aneurin Bevan wrote in his book In Place of Fear in 1952. Yet in 2019 individuals are systematically being denied essential medical treatment due to their immigration status. NHS set for a bumpy start to 2015.

Image copyright Thinkstock The new year has barely started and the focus is once again shifting to how the NHS is performing. Reports over the weekend suggested that Labour is set to make the health service a key election battleground should come as no surprise - nor should the timing. Figures will be published this week that are expected to show performance in A&E units in England has dropped to its worst level since the four-hour waiting time target was introduced a decade ago. Where does all our tax go? Olesen_2010. An overview of the healthcare system in Taiwan.

This is an open-access article distributed under the terms of the Creative Commons Attribution License, which permits unrestricted use, distribution, and reproduction in any medium, provided the original author and source are credited. Funding: No direct funding was received for this study. Competing interests: The authors have no competing financial interests. Abbreviations: C-section, cesarean section; WHO, World Health Organization Introduction Both sides claim their critics are “ideologically biased” [9],[10] and selectively draw on case reports to defend their viewpoints [5],[7]. Box 1. Results. What are the pros and cons of privatising the NHS? The NHS saved me. As a scientist, I must help to save it. Like many people, I have personal experience of the NHS.

In my case, medical care, personal life and scientific life are all intertwined. NHS privatisation to be reined in under secret plan to reform care. Will The NHS Be Privatised After Brexit? The Issue Has Been Ongoing For Years. If there's one thing that continues to dominate Brexit conversations, it's the NHS. After all, it's an institution that UK citizens holds incredibly dear. But, thanks to a few choice words from Donald Trump, many are becoming increasingly worried that the NHS could be privatised after Brexit. On Tuesday, the U.S. NHS privatisation would be 'political suicide', says thinktank. The NHS will not be privatised because public support for it is so strong that any government seeking to change its funding model would be committing “political suicide”, an analysis has claimed.

How worried should we really be about NHS privatisation? It’s the NHS’s birthday - end privatisation! Doctors, nurses and care staff are working around the clock to keep us safe. NHS on life support: Up to one in six will be on waiting lists as health service turns to private hospitals. Why Privatisation Is Killing the NHS. “I am sitting in my front garden at 5am feeling slightly shell-shocked, wondering what has just happened – and wondering if I am still a doctor. What a strange opening to a blog. Why not... privatise the NHS. A look at eye-catching policy ideas that are often talked about but never seem to feature in UK general election campaigns. What would happen during privatisation of the NHS? As Brexit negotiations draw closer, the debate about what would happen if the NHS became privatised post- EU is rearing its head again. Another 154 people die as UK’s death toll passes 43,000. Privatisation: the good, the bad, and the ugly.