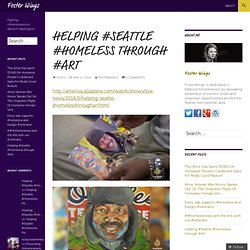 Join 550 other followers Powered by WordPress.com %d bloggers like this: Out & Equal Seattle Career Fair. Employers By attending the Out & Equal Career Fair you can demonstrate to job seekers that you value diversity and inclusion. 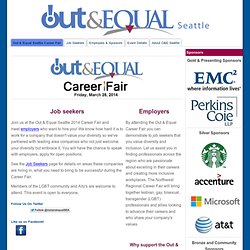 Let us assist you in finding professionals across the region who are passionate about excelling in their careers and creating more inclusive workplaces. The Northwest Regional Career Fair will bring together lesbian, gay, bisexual, transgender (LGBT) professionals and allies looking to advance their careers and who share your company's values. Why support the Out & Equal Northwest Regional Career Fair?

Out & Equal is the premier organization focusing on LGBT workplace issues Visible corporate support; participation through partnerships reinforces an organization’s reputation as an employer of choice for the LGBT community Partnerships help keep organizations aware of leading-edge practices and issues, and competitive in LGBT talent recruitment and retention. Out & Equal Seattle Career Fair. HersheyKiss4u02 : #Seattle... HersheyKiss4u02 : #Seattle is sooooo #beautiful... Seattle Is Suddenly a City of Winners. I love #Seattle #gohawks 2014 is shaping up to be an #amazing. 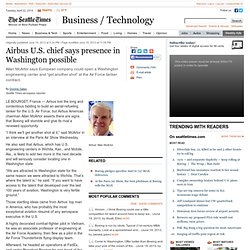 Air Force, but Airbus Americas chairman Allan McArtor asserts there are signs that Boeing will stumble and give its rival a renewed opportunity. “I think we’ll get another shot at it,” said McArtor in an interview at the Paris Air Show Wednesday. He also said that Airbus, which has U.S. engineering centers in Wichita, Kan., and Mobile, Ala., is likely to add two more in the next decade and will seriously consider locating one in Washington state. “We are attracted to Washington state for the same reason we were attracted to Wichita. Those startling ideas came from Airbus’ top man in America, who has probably the most exceptional aviation résumé of any aerospace executive in the U.S. He said that presence will reshape U.S. views about Airbus.

“It does change things,” he said. How? Starbucks: Presencia voluntaria. Amazon. Microsoft. 35 Truths That Every Seattleite Is Aware Of. Investment Firm Expects AWS Will Hit $20 Billion In Revenues By 2020. Bernstein Research has issued a research report saying it expects AWS will have an estimated $20 billion in revenues by the end of the decade. 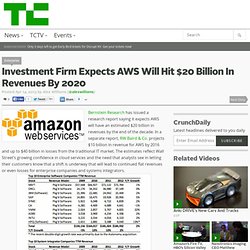 In a separate report, RW Baird & Co. projects $10 billion in revenue for AWS by 2016 and up to $40 billion in losses from the traditional IT market. The estimates reflect Wall Street’s growing confidence in cloud services and the need that analysts see in letting their customers know that a shift is underway that will lead to continued flat revenues or even losses for enterprise companies and systems integrators. In times of disruption, something like AWS may actually exceed investment analyst projections. Conversely, AWS success is not a certainty. Technologies may advance that will flatten AWS advantages or Amazon can’t scale the group’s services fast enough to keep its edge. 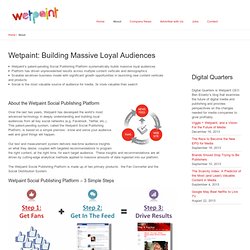