When I failed to help Peter I knew I had to change my teaching. He was dragged into my classroom, clutched firmly by the arm as if he would try to escape. 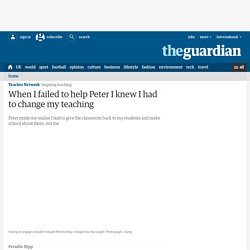 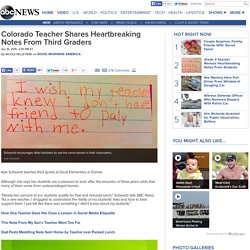 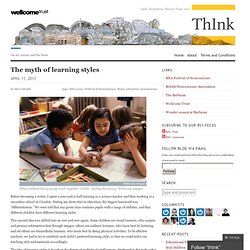 Credit: Anthea Sieveking/ Wellcome Images Before becoming a writer, I spent a year-and-a-half training as a science teacher and then working at a secondary school in Croydon. During my short stint in education, the biggest buzzword was “differentiation.” 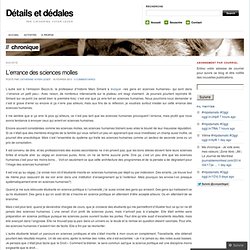 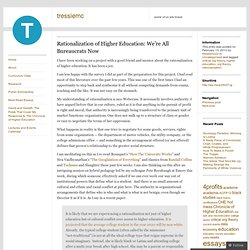 It has been a joy. I am less happy with the survey I did as part of the preparation for this project. I had read most of this literature over the past few years. This was one of the first times I had an opportunity to step back and synthesize it all without competing demands from exams, teaching and the like. It was not easy on the stomach. L’école du désir. Le souvenir est franc. 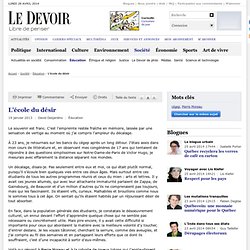 Enseignant.es. Elizabeth English: Why So Many Schools Remain Penitentiaries of Boredom. "It's harder to change a school than it is to move a graveyard. 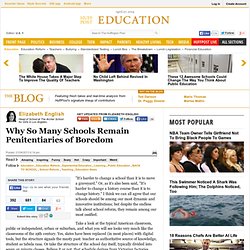 " Or, as it's also been said, "It's harder to change a history course than it is to change history. " I think we can all agree that our schools should be among our most dynamic and innovative institutions; but despite the endless talk about school reform, they remain among our most ossified. Take a look at the typical American classroom, public or independent, urban or suburban, and what you will see looks very much like the classrooms of the 19th century.

Yes, slates have been replaced (in most places) with digital tools, but the structure signals the musty past: teacher as authoritative source of knowledge, student as tabula rasa. Or take the structure of the school day itself, typically divided into seven 45 minute classes. And it's not just the structure of schools that is chained to the past. Authentic learning at its core is about doing, creating, constructing.

19 Crazy Things That School Children Are Being Arrested For In America. With each passing year, the difference between America’s prisons and America’s public schools becomes smaller and smaller. 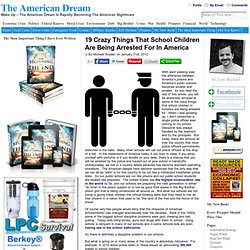 As you read the rest of this article, you will be absolutely amazed at some of the crazy things that school children in America are being arrested for. When I was growing up, I don’t remember a single police officer ever coming to my school. Discipline was always handled by the teachers and by the principals. But today, there are schools all over the country that have police officers permanently stationed in the halls.

Many other schools will call out police officers at the drop of a hat. Of course very few people would deny that the character of American schoolchildren has changed dramatically over the decades. So there is definitely a discipline problem in our schools.

Agile Learning Design: Periodic Table. 11 Eye-Opening Highlights From a Creationist Science Textbook. The disclaimer, and what it ultimately means. 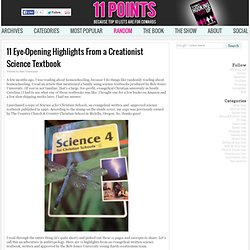 I saved this for last. I noticed this one sentence that brings everything into perspective. "Any references and ancillary materials are listed as an aid to the student or the teacher and in an attempt to maintain the accepted academic standards of the publishing industry. " What that means: We jammed our science textbook full of science because we had to in order to publish this. Creationism's far from unintelligent design on our schools. I knew a creationist once. He believed in a literal Adam and Eve and in the Tower of Babel, yet claimed to find natural selection implausible. He was no-one's idea of a knuckle-dragging, inbred redneck, either, but went on to gain a first class degree from Oxford.

He could argue me under the table, and often did, since with the naive overconfidence of youth I imagined that I might somehow be able to alter his mind by presenting it with facts. Small hope. His sharp, subtle, trap-like mind was entirely dedicated to defending propositions that had been obsolete since the middle of the nineteenth century. So I've never made the mistake of underestimating creationists.