Alice X. Zhang (@alicexz) Alice X. Zhang. Sachinteng: “The Teenagers” for NEWSWEEKIllustration I did a little while back for Newsweek for an article juxtaposing teenagers of the 60′s with teenagers today. 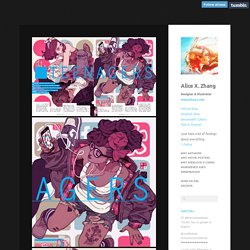 So one half of the spread is Twister circles and the other half is apps. I always appreciate when I get the opportunity to draw woc. You’d be surprised how often some people try to steer you in the away from depicting poc or women for that matter, because “this article isn’t about that.” As if it needs to be. AliceXZ → Art livestream online! CherryBam.com. Fuck Yeah Toby Stephens - Page 1 of 103.

Adrien Noterdaem (@ADNz) Black Sails (@BlkSails_STARZ) James R. Eads Illustration. Nature in color. Nature in Color Natural palettes was created to help artist find unique and pleasing color palettes, it's also a calming place where I aim for it to be welcoming to everyone. 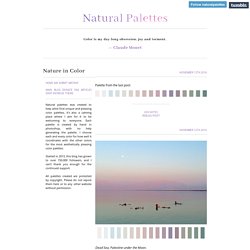 Each palette is created by hand in photoshop, with no help generating the palette. I choose each and every color for how well it coordinates with the other colors for the most aesthetically pleasing color palettes. Started in 2013, this blog has grown to over 150,000 followers, and I can't thank you enough for the continued support.

All palettes created are protected by copyright. Transparent Gravity Falls GIF's. Requested by galvissima, Dipper and Mabel dancing in their peanut butter and jelly jar costumes from S1E12 “Summerween”. 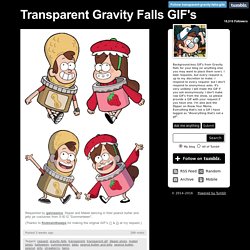 (Thanks to findmeinthealps for making the original GIF’s (1 & 2) at my request.) Stan doing his “buttress” dance from S2E13 “Dungeons, Dungeons, and More Dungeons”. (Thanks to findmeinthealps for making the original GIF at my request.) Mabel pointing and Dipper clapping, both laughing, from S1E14 “Bottomless Pit!” Jonas Tarestad (@JonasTarestad) THREADWORLDS. Twenty Something Noetics — Presentation of Women in Hamlet. Essential Eclectic Information. Matthew Karsten (@expertvagabond) Hark! A Vagrant: We are still rolling this King Baby train. 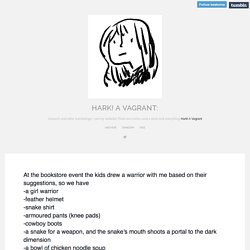 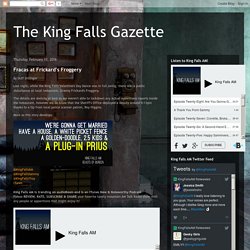 The library was damaged during an on-air "stunt" gone awry, when King Falls AM's Ben Arnold was hosting a duo of popular television presenters, Larry & Dan, from the show Mission: Apparition. "The Mayor keeps calling this a stunt, but if he didn't have his head ... where it didn't belong, he could listen to the playback and realize that Ben, Ms. Emily Potter, Dan & Larry from Mission: Apparition were attacked. By spirits. " said late-night talk show host, and paranormal skeptic, Sammy Stevens. During an on-air interview November 15th, local librarian Emily Potter says she witnessed the spirit of presidential assassin, John Wilkes Booth lift her "good friend Ben" up into the air "at least ten feet" while choking him before throwing him down and flying away from fellow apparition, former President Abraham Lincoln.

ALL LEATHER MUST BE BOILED. Let There Be Doodles! (Let There Be Doodles Art Tags) Fanmail Q & A: Coolness. Bucky's Plums. Sh: black sails. Mine A Song of Ice and Fire nope mine: edit Khal Drogo daenerys targaryen stannis baratheon viserys targaryen rhaegar targaryen gotedit mine: gotedit jesus christ take this thing away from me I've been working at it for days and am I happy with it? this. So sailed. Daily Black Sails. I CHOOSE VIOLENCE. Mandy Long (@supermandy24) Milla Star (@millastarfma) "Game Of Thrones" Stars You Can Follow On Instagram. The Worst Cat. Bombsfall.

Developed by Alec Holowka, Scott Benson, and Bethany Hockenberry“An adventure game focused on exploration, story, and character, featuring dozens of characters to meet and lots to do across a lush, vibrant world.” 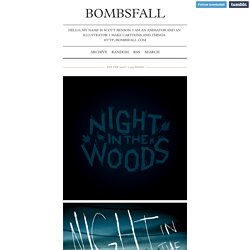 “College dropout Mae Borowski returns home to the crumbling former mining town of Possum Springs seeking to resume her aimless former life and reconnect with the friends she left behind. But things aren’t the same. Home seems different now and her friends have grown and changed. Leaves are falling and the wind is growing colder. Strange things are happening as the light fades. “Lost Constellation is a Longest Night ghost story. Aka Ben The Illustrator. Things need not have happened to be true. Daily Candies for Eyes. Conor Burke (@conorburkeart) Qing Han. Got a lot of meds to take everyday? 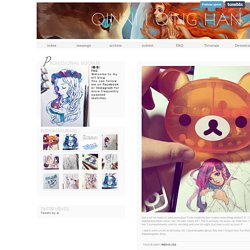 Cute medicine box makes everything better!! THIS IS MY MIND. So Kojima did it again. 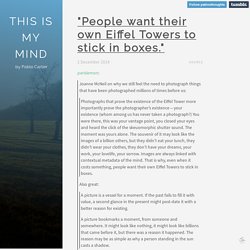 Fake promo of a fake game by a fake studio. Only this time it was a full playable teaser that was posted for everyone to play. It should have taken weeks. It took less than a day for the Internet to figure out that “P.T.” was indeed a teaser for the new Silent Hills game, by Kojima-san, Guillermo del Toro, and starring Norman Reedus, of Walking Dead fame. The demo is pretty damn scary. This is the first example of the social gaming generation. Amazon has spent almost a billion dollars in buying Twitch. LEE GATLIN.

‘Tis the season To draw Marley. 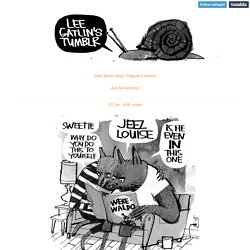 ProZD Likes to Voice Act. Floccinaucinihilipilification. Rif's Blog. We are all beast boy. I’m doing a robin one-liner compilation gifset (read: no matter how you do the math, it all adds up to you going down) and it would be cool if you guys could send me lines that you remember (preferably episode name too, but i can probably recognize it if you don’t remember) since there’s so many and i’ve most likely forgotten about some good ones Anonymous said: Do you think that when Robins fighting crime, he's thinking about what his next witty one liner is going to be? 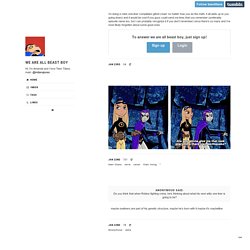 Gretlusky.tumblr. Gretlusky.tumblr. Gretlusky.tumblr. We are all beast boy. Nothing is Written: A Film Blog. ASIEYBARBIE — Estelle Garnet. Kin Novel Series. 21 seconds before... Wedrawbears. Happy Monday everybody! Here’s a bunch of story sketches by Louie Zong and Manny Hernandez for last week’s episode “Emergency” Sadly we won’t have a new episode for you this week, but we’ll try to keep updating here with behind the scenes goodies and updates!!! 21 seconds before... Murad Osmann (@muradosmann) Faces in Things (@FacesPics) THE WOLF AMONG US. Smooth Jazz. Killer curation.