Dan Jurgens - Process. Resources. Comic Related - Draw The Line. Life In Four Colors #18: Draw The Line A Look At The Art Of Inking Although I thought it was funny when I first saw the movie, and to be quite honest I still have a laugh every time I've seen the film since, inking is much more than just "tracing" over the penciler's artwork. 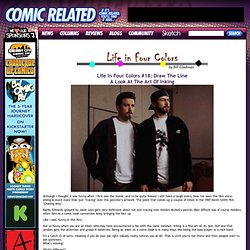 The point that comes up a couple of times in the 1997 Kevin Smith film "Chasing Amy". Banky Edwards (played by Jason Lee) gets very defensive about not just tracing over Holden McNeil's pencils (Ben Affleck was of course Holden) when fans at a comic book convention keep bringing the fact up. Like I said, funny in the film. Not so funny when you are an inker, who may have encountered a fan with the same mindset. It's a Catch 22 of sorts, meaning if you do your job right nobody really notices you at all. What's different? What happened to that other guy? Character Design (For Your Portfolio) - Making Comics (dotCom) Character design can be difficult. 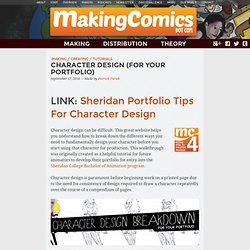 This great website helps you understand how to break down the different ways you need to fundamentally design your character before you start using that character for production. This walkthrough was originally created as a helpful tutorial for future animators to develop their portfolio for entry into the Sheridan College Bachelor of Animation program. Character design is paramount before beginning work on a printed page due to the need for consistency of design required to draw a character repeatedly over the course of a compendium of pages.

Once you have completed the basic requirements of the three model sheets outlined in the very top of this animation page (Character Rotation, Action Pose Sheet & Expression Sheet) you will find yourself equipped with a well thought out map of your character that will allow you to move through your production schedule with clear and concise artistic decisions. Comic Art Forum. Intro to RED TIDE at TheDrawingsOfSteranko.com SAMMY HARKHAM: NATURALISM AND SPECIFICITY on HoodedUtilitarian.com CHARLES SCHULZ: HIGH ANXIETY on HoodedUtilitarian.com GENE COLAN: THE HIDDEN EYE on HoodedUtilitarian.com. 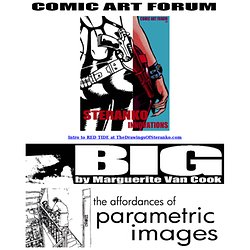 Sketchmagazine.net. 10 Lessons From Comic-book Illustration Legends. Vector art and comics are a match made in heaven. 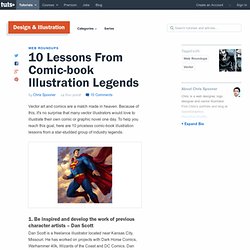 Because of this, it's no surprise that many vector illustrators would love to illustrate their own comic or graphic novel one day. To help you reach this goal, here are 10 priceless comic-book illustration lessons from a star-studded group of industry legends. 1. Be inspired and develop the work of previous character artists – Dan Scott Dan Scott is a freelance illustrator located near Kansas City, Missouri. With a painting that shows an iconic character like him [Superman], I felt I needed to first research how he had been depicted in the past. Read the full article 2. 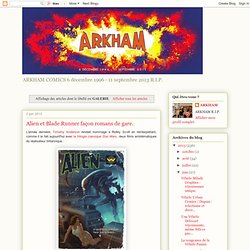 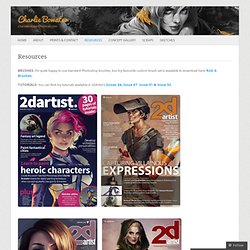 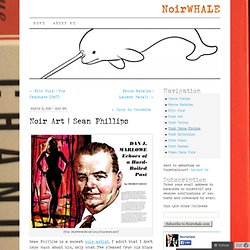 I admit that I don’t know much about him, only what I’ve gleaned from his blogs and the back material of the many comics I’ve read. I know that he lives in England, and that he regularly attends a life-painting class (he always posts his work the following day). At Emerald City Comic-Con last year, I asked Ed Brubaker when he was going to get Sean to come out for an event. He said it was difficult because of the distance. My lack of knowledge concerning this marvelous artist aside, he has created some truly magnificent noir art. Fatale Cover (via surebeatsworking.blogspot.com) Criminal: The Last of The Innocent Cover (via surebeatsworking.blogspot.com)