Libraries Respond: Immigrants, Refugees, and Asylum Seekers. ALA Resolution in Support of Immigrant Rights 2006-2007 CD#20.2 (ALA Midwinter Meeting) WHEREAS, America's immigrants are strong and valuable part of the social fabric of this nation; and WHEREAS, The ALA Library Bill of Rights states that a person's right to use a library should not be denied or abridged because of origin, age, background, or views; and WHEREAS, The library community opposes all attempts at the local, state and federal level to restrict access to information by immigrants; and. 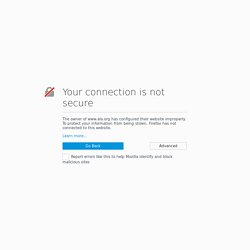 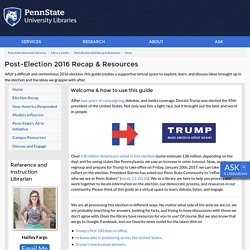 Not only was this a tight race, but it brought out the best and worst in people. Over 130 million Americans voted in this election (some estimate 138 million, depending on the day) and for swing states like Pennsylvania, we saw an increase in voter turnout. The News Literacy Project. Truth, truthiness, triangulation: A news literacy toolkit for a “post-truth” world. Key People. Jim Teicher, CEO and Executive Director Jim Teicher is Cofounder and CEO of CyberSmart! 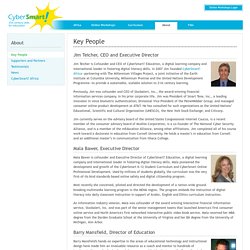